'It's at the highest we've been since fall camp right now,' Kirby Smart said. 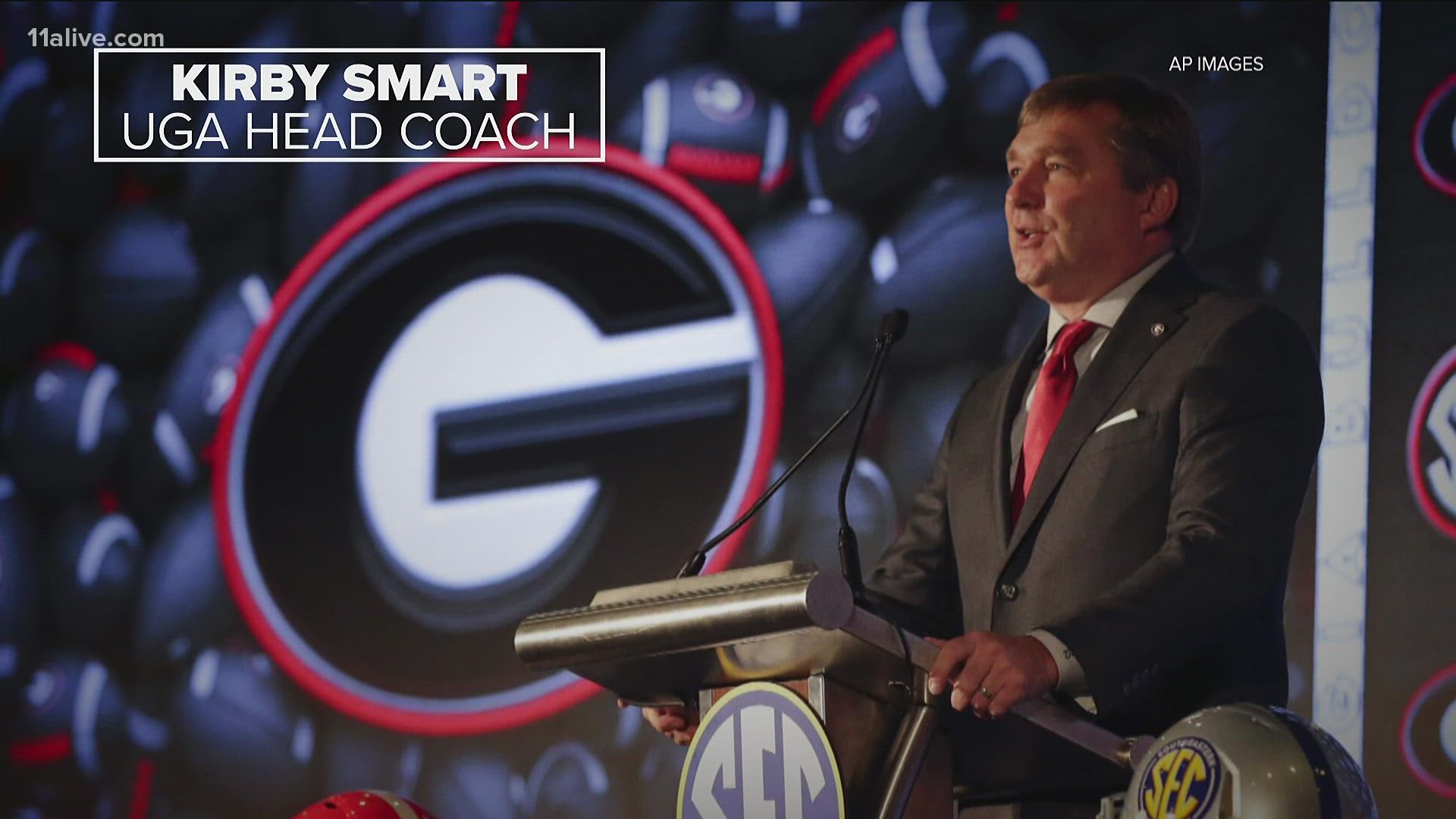 ATHENS, Ga. — Kirby Smart, head football coach for the University of Georgia, is concerned about COVID-19 cases impacting his team.

According to UGA's website, Courson helped develop COVID policies and protocols for the Southeastern Conference and NCAA levels during the pandemic. He's also part of the SEC's Medical Guidance Taskforce.

Smart said Coursen is doing well, but they are still worried about the program.

"We have three or four guys out to COVID, and we have a couple of staff members that have been out recently," he said. "And for us, we are at our highest spike. And people are talking about vaccination; these are people who are vaccinated. We're talking about breakthroughs."

"It's at the highest we've seen since fall camp right now, and I think that there is this relief that you guys feel like, 'oh well, everything is back to normal,' when it's really just not for us right now," Smart added.

Wednesday, Smart clarified his statements and wanted to provide more context on the numbers and what he called a "spike." He said he thinks some of it was taken out of proportion.

"We've had the highest amount we've had since the beginning of fall camp, and that is a spike. But that's staff and players combined. The total number is not over five, but again that is staff and players," he said.

"A spike to me is zero to five, but that is staff and players included," he added.

Smart previously said more than 90 percent of the team and staff had been vaccinated.

It's also important to note that while some people who are vaccinated have caught the virus, the number of breakthrough cases in Georgia remains low. A report released last week from the Georgia Department of Public Health shows that those with COVID shots in the arm from January to September accounted for less than 1% of all new cases.

While there is no guarantee that people with the vaccine won't catch COVID, the shots do reduce the risk of becoming seriously ill or potentially dying.