Vols vs. Texas A&M game postponed due to COVID-19

The SEC said the game was postponed due to positive tests, contact tracing & subsequent quarantine of individuals with Texas A&M. 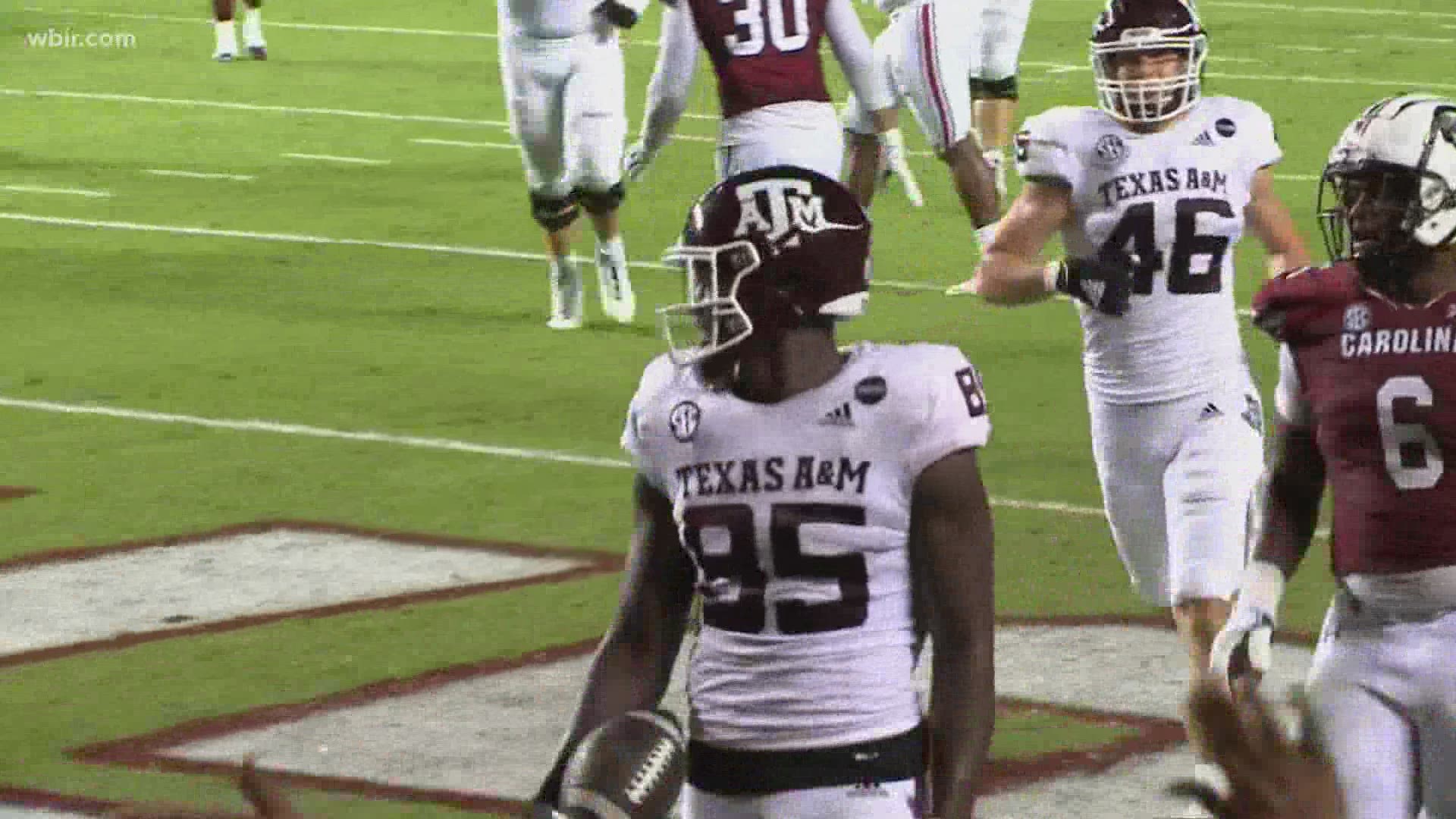 Tennessee's game against Texas A&M set for Nov. 14 has been postponed.

The SEC made that announcement on Twitter at 4 p.m. Tuesday. The Alabama at LSU game will also be postponed due to positive tests, contact tracing & subsequent quarantine of individuals within the LSU and A&M FB programs.

NEWS | The Alabama at LSU and Texas A&M at Tennessee FB games of Nov. 14 are postponed due to positive tests, contact tracing & subsequent quarantine of individuals within the LSU and A&M FB programs.

The game is tentatively rescheduled for Dec. 12 in Knoxville, according to the UT Athletic Dept.

"We appreciate Texas A&M's communication this week," Tennessee Director of Athletics Phillip Fulmer said. "Our football program continued with its traditional game-week preparation as we awaited a decision on the status of Saturday's game. We received confirmation of the game's postponement this afternoon, and we will share pertinent updates with ticket holders via email and social media as developments occur."

Officials immediately started contact tracing and retesting the team and staff members to see if they had any other positive results.

Fisher said he has put a stop on practice activities Monday for safety so the team can do contact tracing. Team and staff have been retested to see if there are more cases and to prevent the virus' spread.

No Vols had tested positive during Sunday's round of testing for players and staff, per UT Athletics. Tennessee was to undergo two more rounds of COVID-19 tests before Saturday's game against the Aggies.