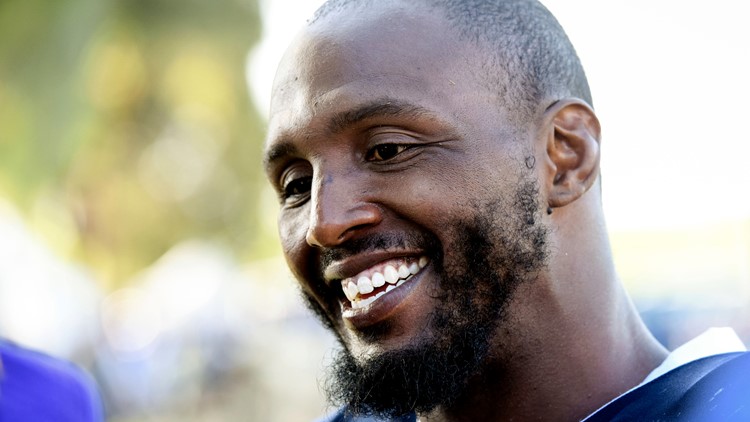 Dallas Cowboys defensive end Robert Quinn has been suspended for the first two games of the 2019 season, the NFL announced, for a violation of the league’s policy on performance-enhancing substances.

Quinn was injured earlier this week, suffering a fractured hand.  He had returned to Dallas for surgery, but was expected to be ready for the Cowboys week one matchup with the Giants.  Now, it appears he'll be able to take his time recovering from the surgery.

While the league's release did not specify what performance enhancing substance Quinn tested positive for, his agent Sean Kiernan, released a statement defending his client.

In the statement, Kiernan notes Quinn's history with seizures, and explains that the defensive end takes multiple medications to combat them.  According to Kiernan, the reason Quinn tested positive for a drug called probenecid was because they believe Quinn's medication was accidentally contaminated by the pharmacy that filled his prescription.

Regardless of their defense, the league has suspended Quinn for two games to start the season.

"I can't think of a situation where I've been personally involved where the league was a tone deaf as it was here," Kiernan said in his statement, posted on twitter Thursday afternoon.

"Now Rob will be punished for something that would have been impossible for him to prevent," Kiernan continued, "and even though the NFL admitted during the hearing that it did not believe Rob was intentionally doping, they still suspended him."

League spokesman Brian McCarthy noted, as did Kiernan, that a neutral independent arbitrator heard Quinn's argument and rejected it.

"In this case, the theories that were presented by the player were rejected, in favor of the discipline imposed, so it was upheld," McCarthy said.

"The arbitrator gave us a fair hearing," Kiernan said, "but the strength at which the league argued against Rob was extremely disappointing."

The Cowboys play the New York Giants in week one, before their first road game of the year, at Washington, on September 15th.