This astounding young athlete continues to progress at an exponential rate. 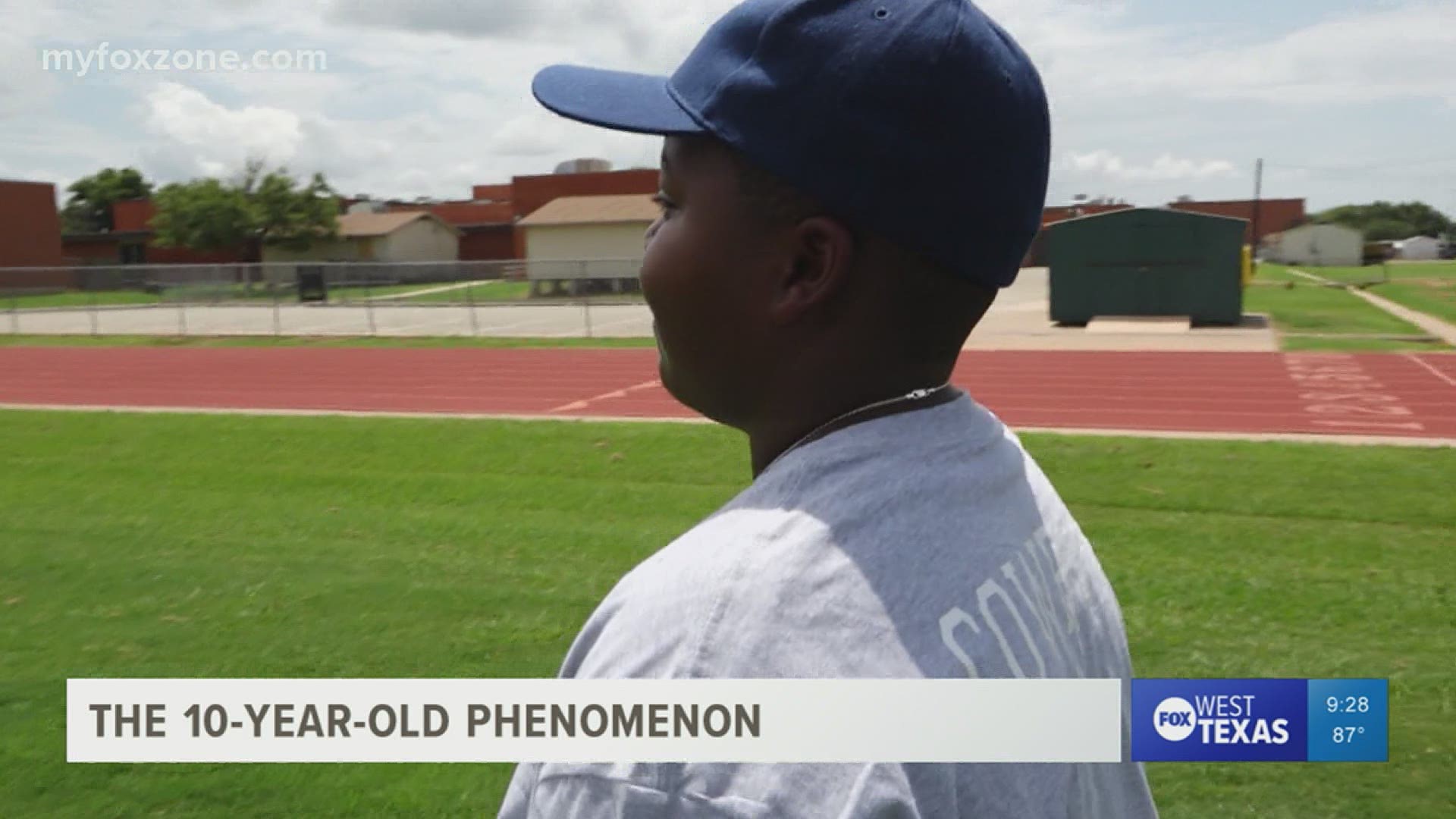 ABILENE, Texas — “My goal is to get drafted as a first round pick for the Baltimore Ravens. That’s my dream team.”

His name is Daniel “Greedy” Haynes Jr. He’s an incoming fifth grader this fall and he’s only 10 years old. Standing at 5'3" and weighing 190 pounds, Daniel is an offensive lineman that has already caught the attention of college football coaches. Entering the 2021 season, he’s the 59th ranked player in the country.

"He has several social media pages," Daniel Haynes' father, Daniel Haynes Sr., said. "He has Facebook, Twitter, YouTube and has around 200,000 views combined on all platforms. He can also push some cars as well. He pushes SUVs around 4,500 pounds so I consider him the world's strongest 10-year-old."

That’s right, Daniel literally pushed a 4,500-pound SUV to test out not only his strength, but most importantly, his courage. He’s also a shot-put thrower that enjoys the competition. Haynes Jr. was a number-one ranked 9-U lineman in youth league football last season and hopes to continue that trend.

“Well first, I want to be at the top," Haynes Jr. said. "It's good to have a good skill and I think I have that in mind and I also have passion. I really want my goal to be having more tackles and sacks than I did last year.”

Daniel is no ordinary athlete. He has an advanced IQ in the classroom as an A- and B-honor roll student. This young baller has plenty of goals lined up within these next several years.

“He has a goal of basically getting a college scholarship before high school in football, to be top of this class for grades, and also be the number one player in his class of 2029," Haynes Sr. said. "He has a lot of goals and achievements that he wants to definitely accomplish.”

As you can see, the sky’s the limit for the 10-year-old phenomenon. Who knows, maybe he’ll become a household name in the next decade.