After deleting the tweet, Hopkins posted another that simply said, "Freedom?" 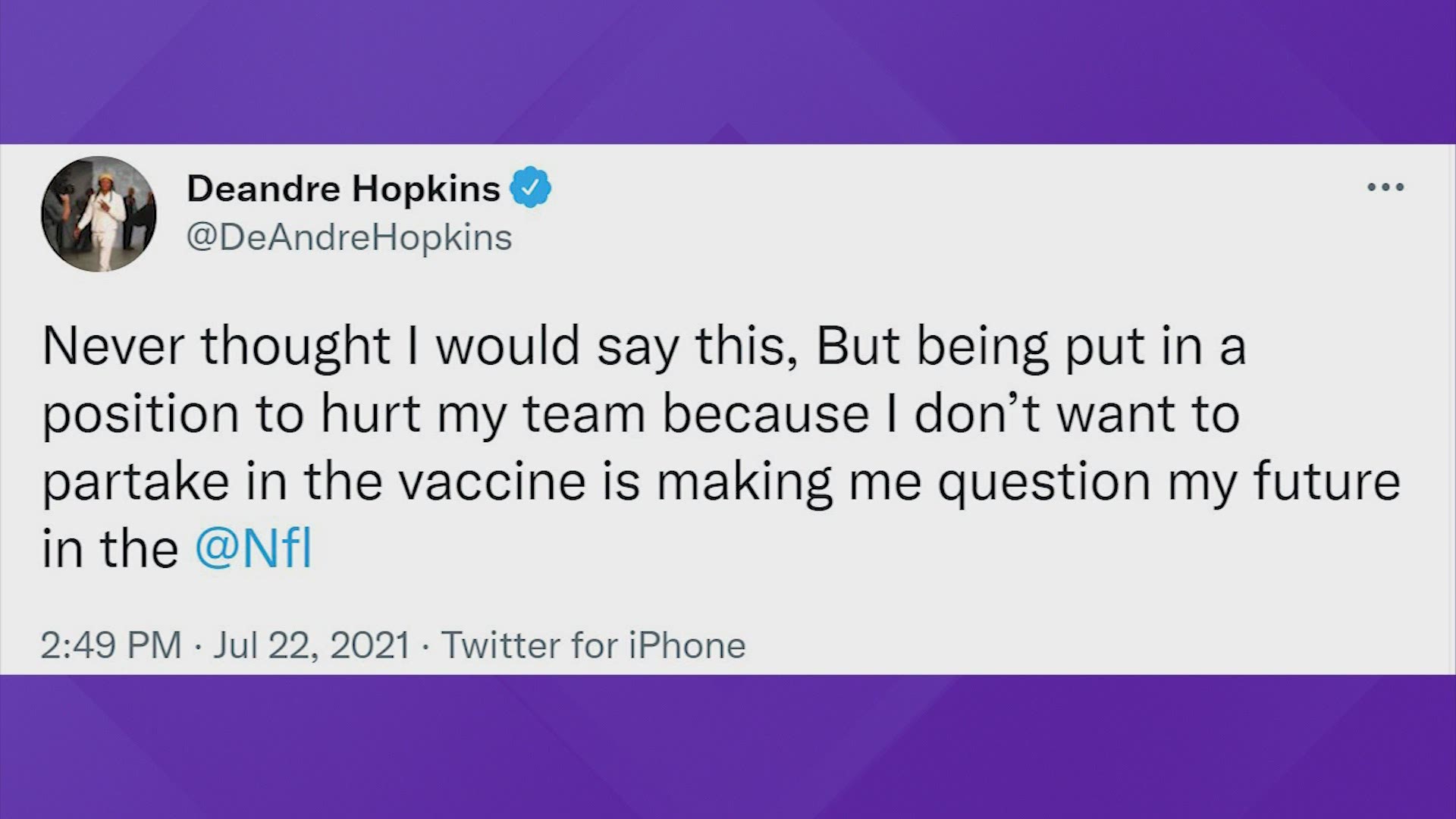 HOUSTON — In a since-deleted tweet, former Houston Texans wide receiver DeAndre Hopkins questioned his future in the NFL due to the COVID-19 vaccine.

Hopkins, who is now a member of the Arizona Cardinals, said in the tweet: "Never thought I would say this, But being put in a position to hurt my team because I don't want to partake in the vaccine is making me question my future in the @Nfl."

The tweet was deleted about 30 minutes after it was posted.

Hopkins then tweeted this:

The tweets were posted on the same day the NFL announced that teams that had COVID-19 outbreaks among unvaccinated players could be forced to forfeit games.

“If a game can’t be rescheduled and is canceled due to a COVID outbreak among non-vaccinated players on one of the competing teams, the team with the outbreak will forfeit and will be deemed to have played 16 games for purposes of draft, waiver priority, etc,” Goodell said in a memo sent to NFL teams.

The NFL said more than half of its teams have COVID-19 vaccination rates greater than 80% of their players, and more than 75% of players are in the process of being vaccinated. Nearly all clubs have vaccinated 100% of their Tier 1 and 2 staff. Teams have appropriate protocols set up for staffers who have not been vaccinated, consistent with the guidance given last April.

Hopkins said his girlfriend's brother, who is in the military, got the vaccine and had heart problems right after.

... @jalenramsey My girlfriend brother in the military got the vaccine and had heart problems right after. When you stand for something they hate you! https://t.co/AQD3nBPod3

Hopkins played the first seven seasons of his NFL career with the Texans before he was traded to the Cardinals prior to the 2020 season. His 79.4 receiving yards per game over the course of his career is the sixth-best mark in NFL history. He has 10,009 receiving yards, the 49th most in NFL history.