Dustin Tatro is living his dream as the Rangers organist 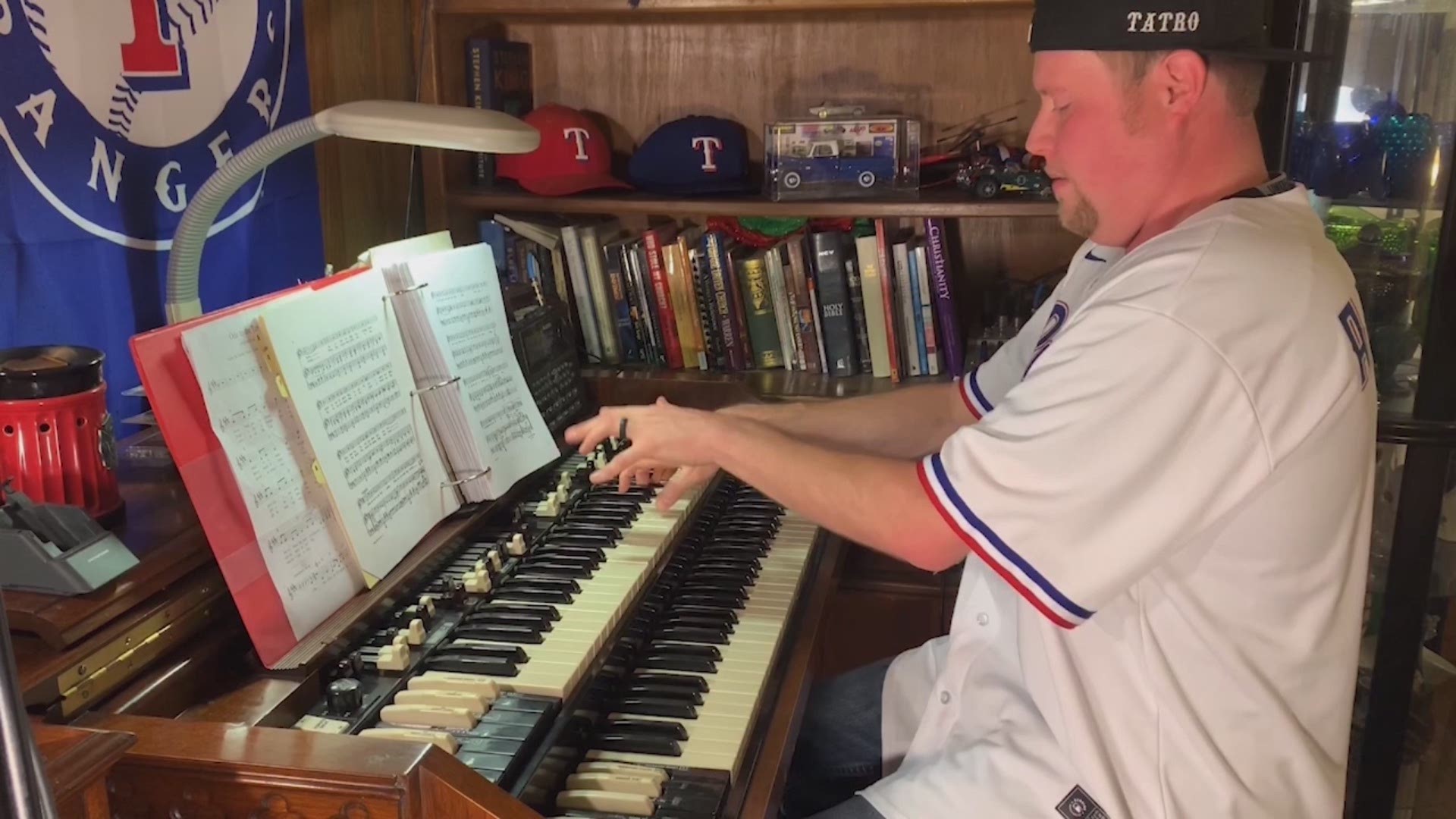 It's been nearly 20 years since the Texas Rangers have had an organist. Now, West Texas native Dustin Tatro is the music behind the team.

"Being a baseball fan, I thought if someone is actually playing an organist at a baseball game that would be fun to do sometime. Now it's a dream I hope someone doesn't wake me up from because it still doesn't feel real."

The legendary public address announcer, Chuck Morgan, reach out to Tatro about becoming an organist for the team and to redo the organ library. He has now created 700 tracks for the team.

"This isn't something I could have ever dreamed of. People ask if it's a dream come true and no, this took me by surprise."

Dustin Tatro is apart of the small club of organists in the MLB, under a dozen teams have their own organist.

Although he can't to play live at Globe Life Field yet due to the pandemic, he looks forward to the day he can play live in the ballpark.

"We want at some point to be able to bring a live organ to Globe Life Field and I think that ability to play at a playoff game with over 40,000 people there and you're the cheerleader for them, I can't describe what I think that would feel like."

As a long-time baseball fan, Tatro believes the sport will bring happiness to people in this uncertain time.

"Most people are going to come out of this crisis changed in someway. What I hope we are doing at the ballpark... I hope it brings joy to someone and brings them back to a past time that's meaningful for them."