The Mavericks are teaching their players more than just the game of football. 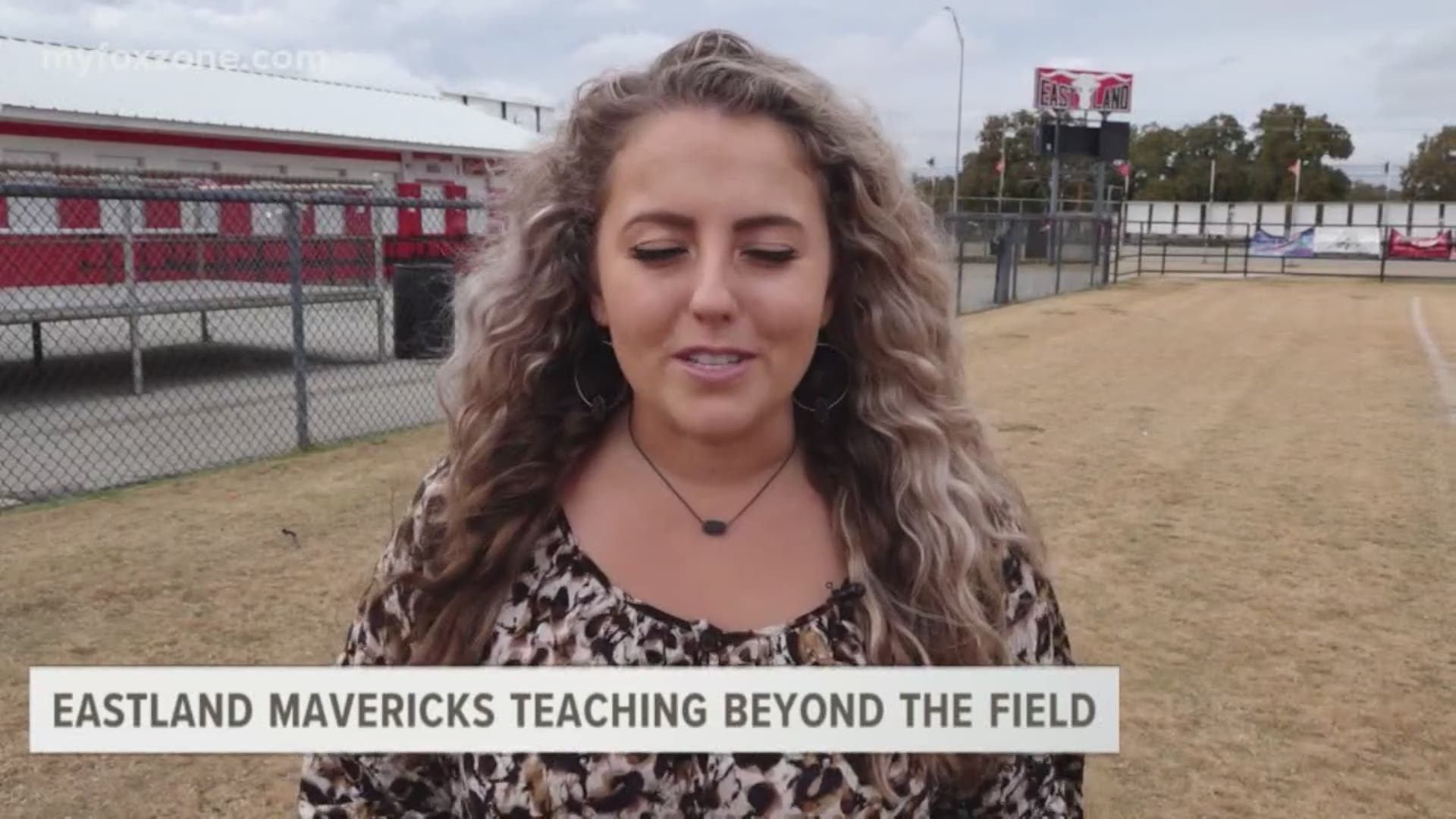 ABILENE, Texas — The Eastland Mavericks are learning beyond the football field. Each player is a part of something bigger than themselves - they are a Maverick.

These young men follow the footsteps of the men who were Mavericks before them, such as Coach James Morton.

"Being a graduate from Eastland and knowing all the way back when I played, the standard that the guys set before me, it's real gratifying. For a group to be able to be bought in to the program and understand there is a bigger picture, other than just themselves is something I take a lot of pride in," Morton said.

Morton said the team encourages players to give back to the community.

"Each week the team goes out to the nursing home to volunteer. We also have a mentoring program with the Sebru Elementary kids too," he said. "There time is limited as a Maverick but giving back is something we want to do and they've done a good job with that."

This Eastland team has 19 seniors, including senior Anthony Bonilla who has lived in this community his entire life.

"I'm going to miss it a lot, I couldn't of asked for a better hometown, a better experience, the community gives back to us in every sport. It's just an amazing town with amazing people," Bonilla added.

The brotherhood on this team is something that is undeniable.

Senior Isaiah Hernandez is going to miss the bond with his team the most.

"I'm going to miss the brotherhood that we made. Just being together everyday, it's not going to be like that after it's over," Hernandez said.