The film follows the life and career of the Hall of Fame coach during his tenures at Arkansas, Kentucky, and Oklahoma State 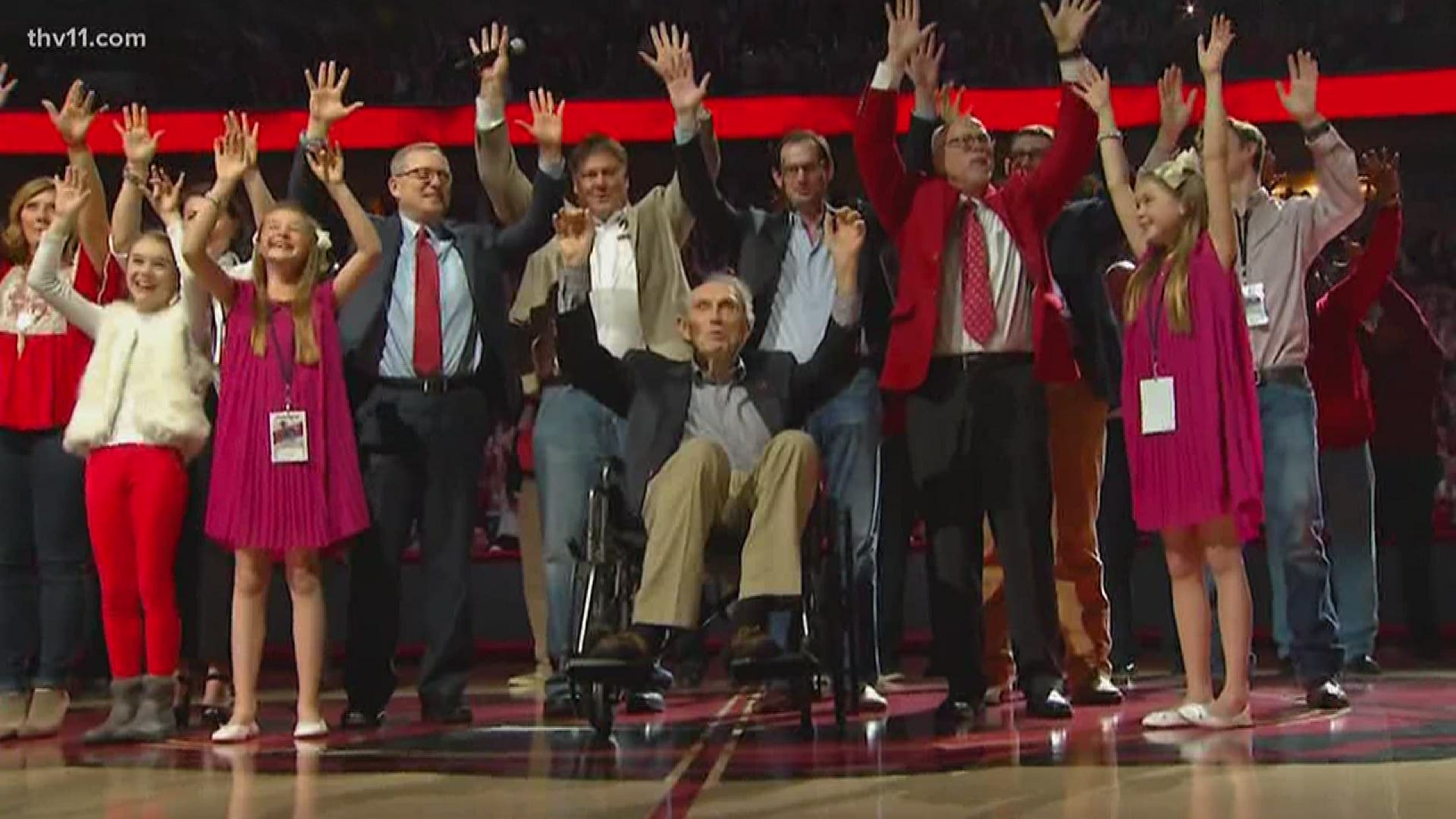 ESPN will premiere the film "Eddie" on Monday night, a documentary looking at the life and career of the late Eddie Sutton.

Per the press release from ESPN, "Eddie" is

"Chock-full of archival footage and interviews from a “who’s who” of college and NBA superstars, EDDIE is a story rooted in basketball, but vulnerably exploring issues of substance abuse, father-son relationships, and perseverance. Following the famed career of 800-win basketball coach, Eddie Sutton, the film highlights programs at the Universities of Arkansas, Kentucky, and Oklahoma State. Revisiting not only conference championships and numerous trips to the Final Four, but also the pains of addiction and the devastating 2001 Oklahoma State basketball team plane crash, EDDIE compels sports and general audiences, alike, to ponder the conflicting attributes of a man with flaws shared by many and achievements matched by few."