The coronavirus pandemic brings forth many challenges for the Eagles ahead. 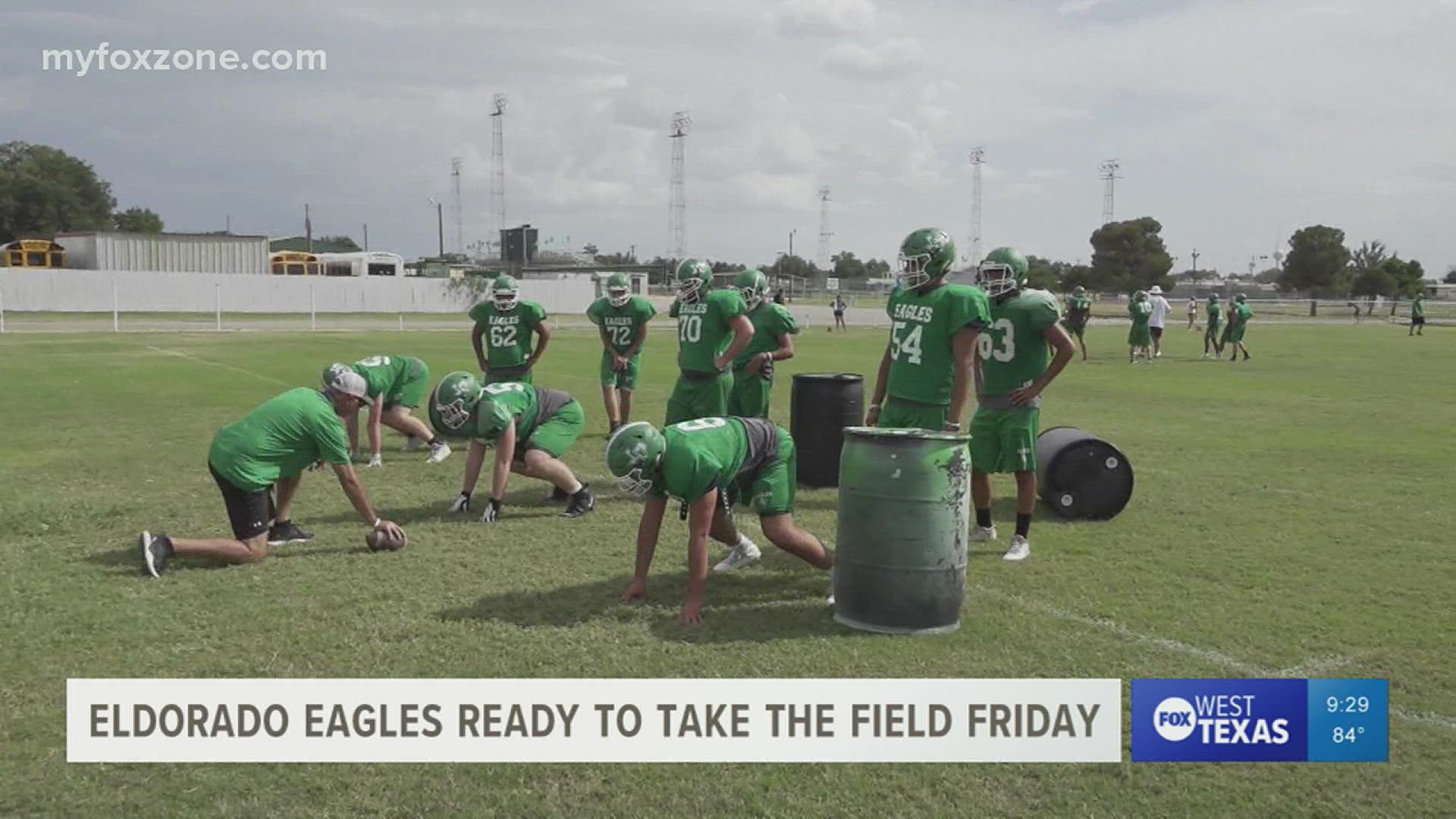 ELDORADO, Texas — What's a football season without some adversity? Each team is trying to navigate the challenges of 2021, with the Eldorado Eagles being no exception. The Eagles didn't play last week, with the Winters football team forfeiting because of a number of coronavirus cases. But Eagles head coach Jon Long says he is not too worried about the his team being rusty.

The true challenge isn't who the Eagles will play Friday, it's trying to remain healthy. Winters, Bangs, Wall and Midland Christian were all forced to cancel games this week because of coronavirus cases. Coach Long understands the situation, but he is trying to stay positive for the rest of the 2021 season.

“I try to go by the motto, 'If you don't make it a big deal, it won't become a big deal.' It's kind of a big deal still, but no, it's always a concern. For our kids and every kid in Texas, it's a problem.”

As for Coach Long's players, they are excited to hit the field Friday night and represent the Eagles. Junior left guard Seth Parker says he and his team cannot wait for kick off when they take on the Coahoma Bulldogs.

“I believe I'm speaking for most of the team and for the offensive line," Parker said. "We're all excited to be back on the field from an almost bye week from Winters not being able to play against us, and we're very excited to set the tempo once again.”

“More or less, there's more to the game than just blocking and tackling," Parker said. "Being part of the team and help paving the way for everybody else in the back and on the field helps in numerous ways.”