The Bucs defeated the Packers 31-26 to make it to the big game. 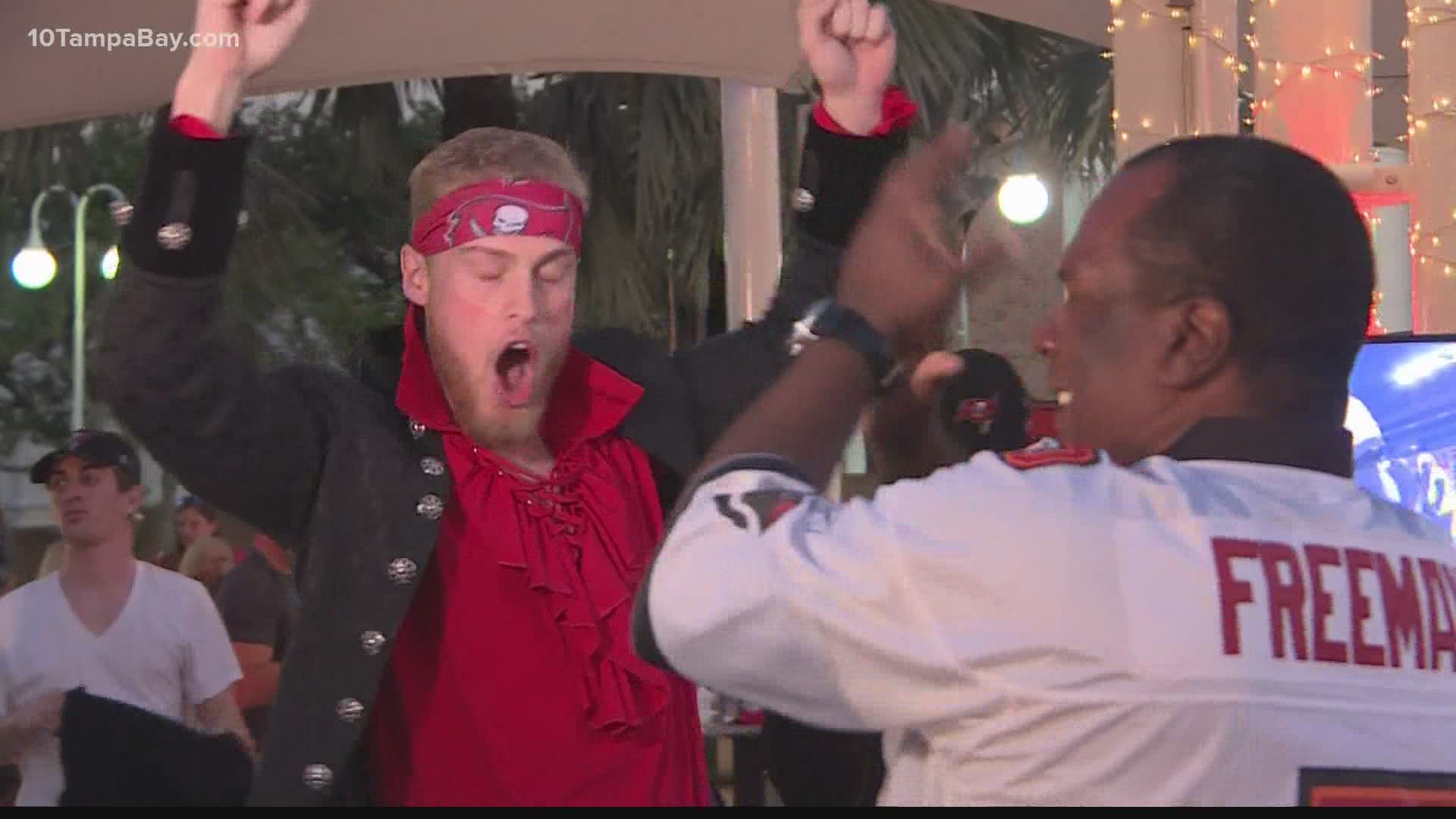 The Bucs put up a tough showing in the NFC Championship where they defeated the Packers 31-26 for their spot in the big game.

Fournette, Brady, Evans, Brate and Miller can up big for the Bucs on offense, while Pierre-Paul, Barrett and Murphy-Bunting held things down on defense.

Their opponent will be reigning Super Bowl champs the Kansas City Chiefs.

Tonight's victory makes the Tampa Bay Buccaneers the first team in NFL history to play in a Super Bowl at their home stadium.

They did it! The Buccaneers are Super Bowl LV bound.

A field goal puts the Buccaneers up by 8 with just over 4 minutes left in the game.

A pass off of Mike Evans' hands leads to the second Green Bay interception of the night. The score sits at 28-23.

Another Packers touchdown only leaves the Buccaneers with a 5 point lead as we close out the third quarter.

When Green Bay closes the gap👀. @Buccaneers still lead by 5 as we approached the fourth quarter. https://t.co/zqGSlsGZjJ#NFLPlayoffs2021 #NFCChampionship pic.twitter.com/AAkkK6FRyt

Green Bay gets a pick off Brady and will try to close the gap as the team trails by 11.

Bucs go up by 18 over the Green Bay Packers in the third quarter. Let's go Bucs!

The Buccaneers wanted one more before halftime with Brady finding Miller for a 39-yard touchdown with 8 seconds on the clock. The score stands at 21-10.

LET'S GO BUCS!!! With 8 seconds left on the clock Brady ➡️ Miller for a 39-yard TOUCHDOWN ahead of halftime🤯#NFLPlayoffs #NFCChampionship https://t.co/x5dqdPPDAw pic.twitter.com/RDHhYv71qS

The Packers close the gap by 3 with a field goal from kicker Mason Crosby.

Buccaneers regain their lead with a touchdown from Fournette. The score stands at 14-7.

ANOTHER #BUCS TOUCHDOWN! This time Fournette got it done for Tampa Bay! Bucs lead 14-7. pic.twitter.com/9bGZmT3yi5

The Packers tie things up with a touchdown in the second quarter. The score stands at 7-7.

The Buccaneers get on the board first during their opening drive of the NFC Championship.

Rookie Antoine Winfield (ankle) is inactive for today’s game, Grace Remington reports. Mike Edwards will start in his place — he had a second-quarter interception on Aaron Rodgers in Week 6.

The previous story is below.

By Green Bay standards, the game won’t be incredibly cold. But it will be cold.

The game will start in the upper 20s and end in the mid-20s.

Coming to Tampa from a long career in New England, Tom Brady has played and won in many cold-weather games. However, this will the coldest game the Bucs have played all season. The Packers, of course, embrace the cold and likely see it as an advantage.

But is it an advantage?

According to USA Today, of the 108 freezing games (32 degrees or less at kickoff) played at Lambeau Field, the Packers are 78-29-2, winning 72 percent of the time. Tampa Bay is 0-8 playing there in freezing temperatures.

In fact, the Packers have gone 27-9 vs. all warm-weather teams at home in sub-freezing temperatures, good for 75 percent.

But what about playoff games when it matters most?

USA Today says in freezing playoff games at home, the Packers are 12-5 (71 percent). Keep in mind that the home team typically wins more often than not. Also, if you’re hosting the playoff game, you’re ranked as the better team, so you may have an advantage in talent.

Is this cold weather advantage more of a myth than fact? Maybe. Green Bay's record in home playoff games since 2001 is not all that great. They are just 6-5. Two of those losses came from warm weather teams, the San Francisco 49ers and Atlanta Falcons.

The website CheeseheadTV.com says that in the 2020 regular season just completed, there were eleven games in the months of December and January where a warm weather and/or dome team had to play in an outdoor, cold-weather stadium. The warm weather teams had a record of just 3-8. Of course, some of these losses were simply against better teams.

So what about Tom Brady in the cold? He came to Tampa Bay from New England. This guy knows cold, right? He does. He’s actually a legend in the cold. FanDuel.com says Brady has compiled a 13-2 record in playoff games played in freezing temperatures. He’s even been called the best cold-weather quarterback of all-time.

CBS Sports says Brady won’t necessarily produce not mind-blowing numbers in a cold game but wins with immaculate efficiency when it comes to scoring and limiting turnovers. He’s had just 18 interceptions in 33 games where the temperature is less than 30 degrees? That's incredible.

If the Bucs win Sunday in Green Bay, they’ll return home to play in the Super Bowl against the AFC champion on Feb. 7. They’ll be able to practice for the big game in their shorts.

Thanks for helping us #RaiseTheFlags before Championship Sunday, Krewe! 🙌