College football is returning to the Concho Valley

The Angelo State University Rams will hit the field Saturdays, but this season will be different. 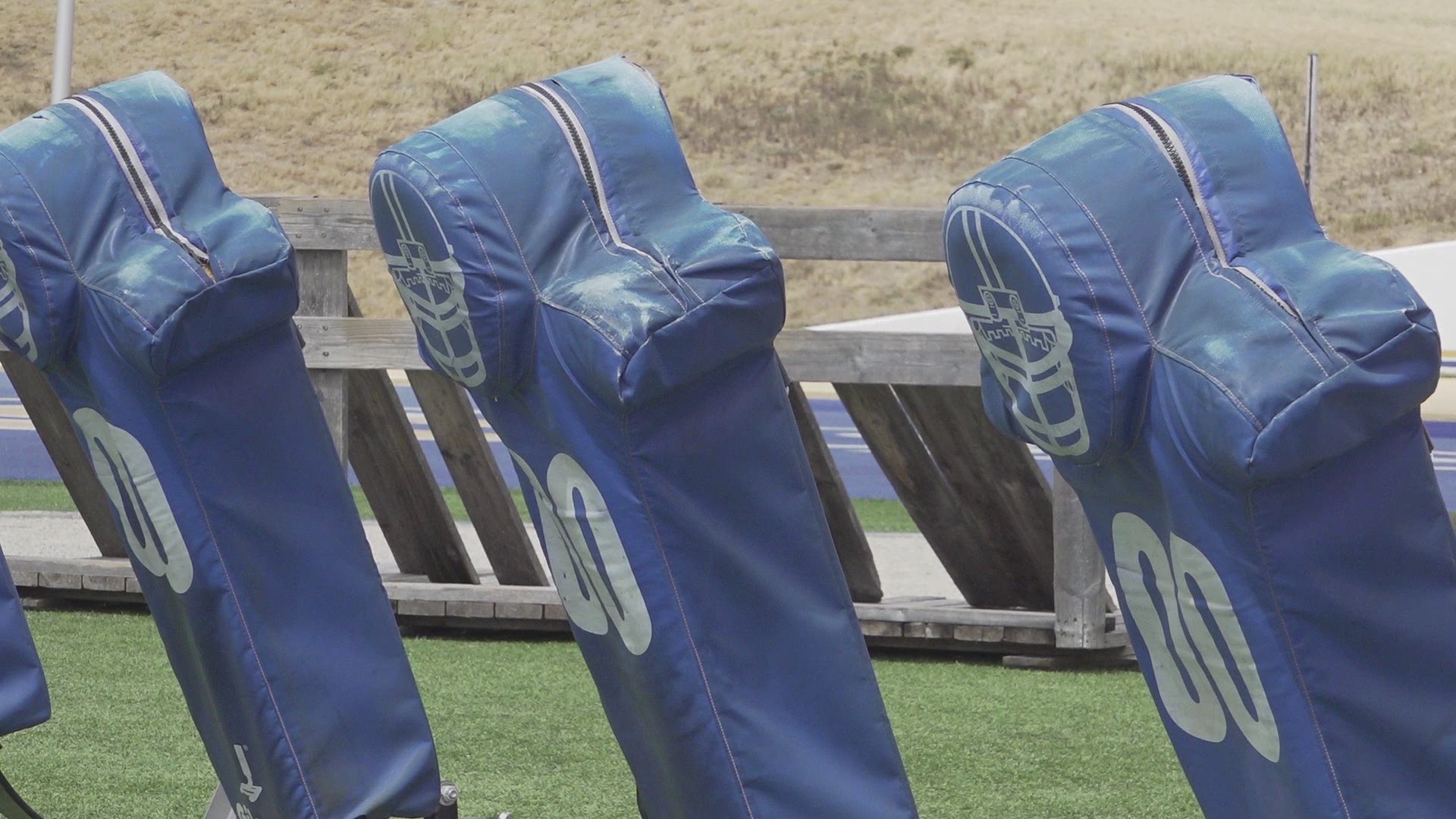 SAN ANGELO, Texas — The question for college football this season is not who will be crowned as champion, but instead if there will even be a season.

Many conferences are giving teams the green light to play in the fall; while other conferences have pushed football season to the spring.

For Angelo State University, there has been a change in plans as the Rams will gear up and play football this fall, which has everyone excited.

"Well, you know, I think, like I said, everyone definitely is excited," Athletic Director James Reid said. "It's something that I think, you know, gets back to providing a sense of normalcy."

However, this season will be different as the Rams will not be able to play for a Lone Star Conference title. This comes after the LCS announced football will be played in the spring, but Reid said the LCS left the decision to play in the fall up to the school. The choice to play in the fall will not affect any of the players’ eligibility.

Raid said ASU has elected to play in the fall because it benefits the program down the line.

"We just felt like for our campus and for where we are as a program that, it would be better for us to play some games this fall," Reid said. "Then go into the spring and have a regular spring in preparation for next fall."

The decision to play was not because the school felt pressure if they lost out on funds football brings in. It was a decision to give ASU student-athletes some normalcy for a sport they love.

"Not from a financial standpoint we were so blessed to hear that we don't live or die on ticket revenue," Reid said.

So far, the Rams have four games set on their schedule and are looking to add more.

Reid and his staff are still working to figure out how attendance will work, and what is the best procedure to ensure everyone's safety.