Majerle was under contract through 2023, but GCU fired him in March after going 13-17 on the season. 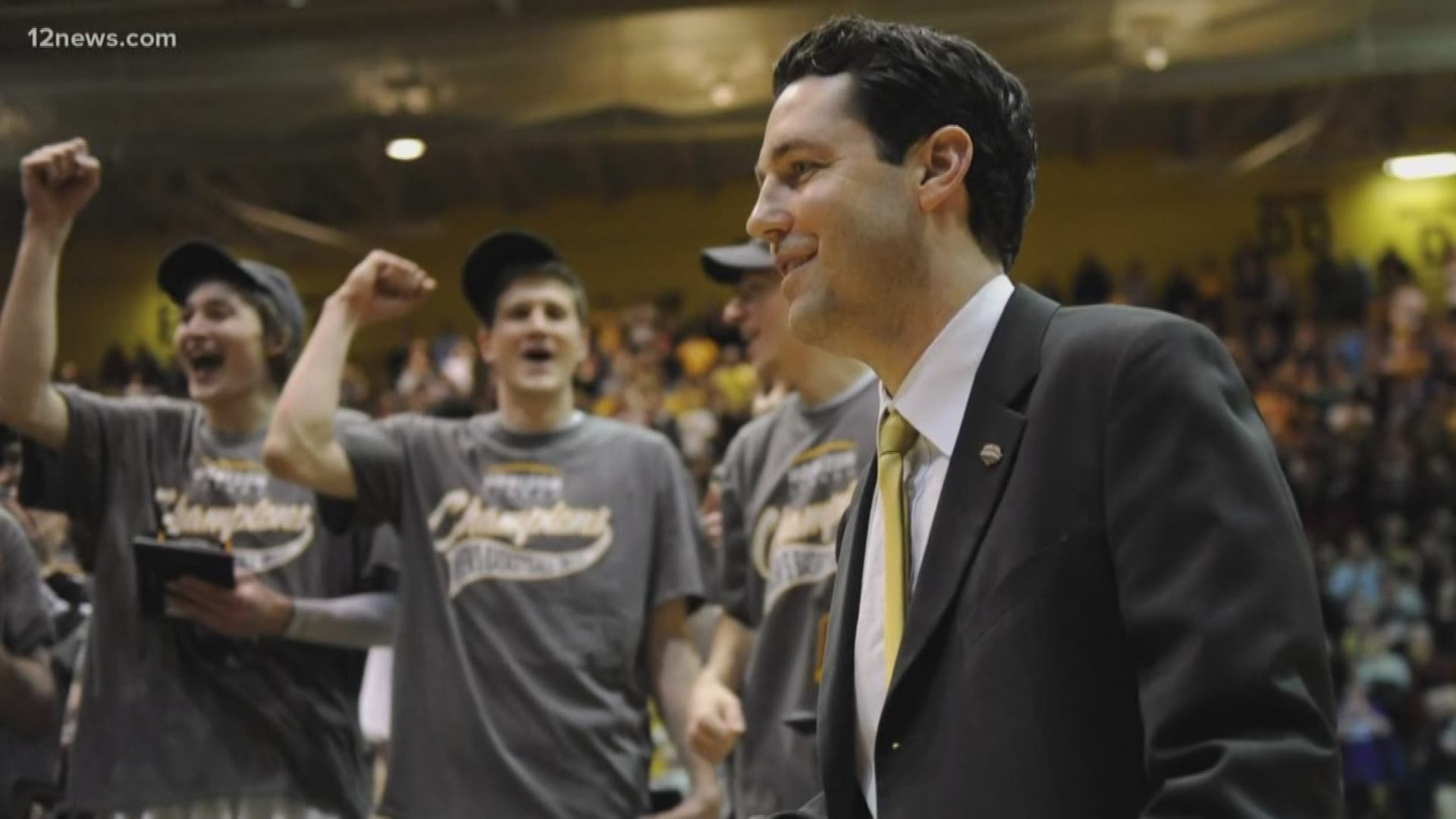 The 13-17 record was the team's worst performance in the seven years under Majerle.

The Lopes hired Majerle, a former player for the Phoenix Suns, in 2013 after he had served as the associate head coach of the Suns.

According to a lawsuit filed by Majerle against the school, his lawyers claim he was fired without cause or justification and the lawsuit says he should be entitled to what he is owed by the school through 2023, when his contract would've expired.

The lawsuit also claims the school has taken steps to "disparage" Majerle's name, alleging even GCU's President "disparaged Majerle in conversations with at least one GCU player/family."

The lawsuit says under the terms of the Employment Agreement, if Majerle was terminated without cause, he is entitled to his base salary and severance benefits.

"Dan did not want to go this route, but was left with no other choice," Majerle's attorney Dana Hooper told 12 News. "Dan is simply seeking what is due to him under his contract with GCU, which does not expire until the 2022-23 season."

Meanwhile, Grand Canyon University released an official statement on the lawsuit saying it was "surprised." You can read the full statement below:

The University hired Coach Majerle when he had no prior head coaching experience and no college coaching experience with the greatest hope and belief that he would lead the men’s basketball program for 20-plus years. The University financially supported Coach Majerle and the men’s basketball program at the highest level during his seven-year tenure and wanted nothing but the best for him and the program.

We regret that Coach Majerle’s tenure had to end the way it did, but the University is prepared to defend itself and its decision if necessary should Coach Majerle decide to continue with litigation. GCU is unable to comment further until such time as it receives a copy of Coach Majerle’s complaint and has an opportunity to review his allegations."

A full copy of Majerle's lawsuit filed against the school can be found below:

Under Majerle, GCU men's basketball never made it to the NCAA Tournament, although they didn't become eligible until the school earned Division 1 status in August 2017.

Since Majerle took over, the team finished as high as second in the Western Athletic Conference (WAC) standings on two occasions, in the 2015-16 season and the 2016-17 season.

Last season marked Majerle's first losing season as the GCU head coach. He was 136-89 in his GCU coaching career.

RELATED: Charles Barkley on coming to Phoenix, ‘93 Finals and ESPN’s ‘The Last Dance’