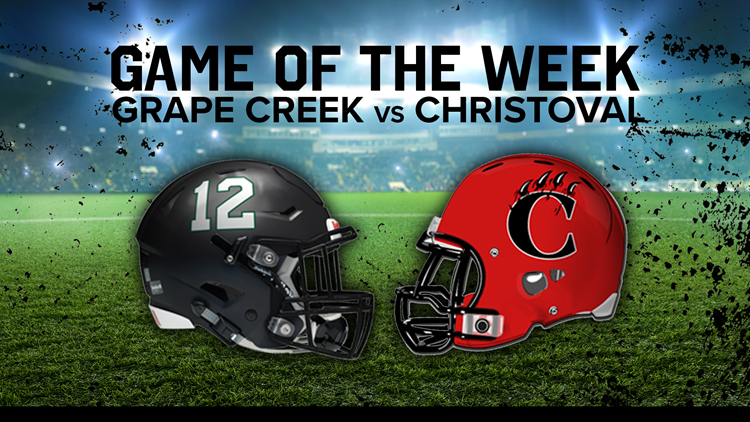 FOX West Texas announced Tuesday that “FOX Football Live” will feature the Grape Creek Eagles versus the Christoval Cougars as its Game of the Week.

FOX Football Live will feature both teams with an in-depth look at their programs, feature stories on the local football community and a more engaging experience for fans. All of this wraps up with the show live at 10:30 p.m. Friday from Jack Pardee Stadium in Christoval, where it is homecoming night, post-game interviews and highlights.

Know a super fan? Have them enter to be Fan Of The Week by uploading a short video to social media using the hashtag #FOXWestTexasFan