Abilene High kicking off spring football at the end of April

Coach Michael Fullen said the team has been working hard during the off-season. 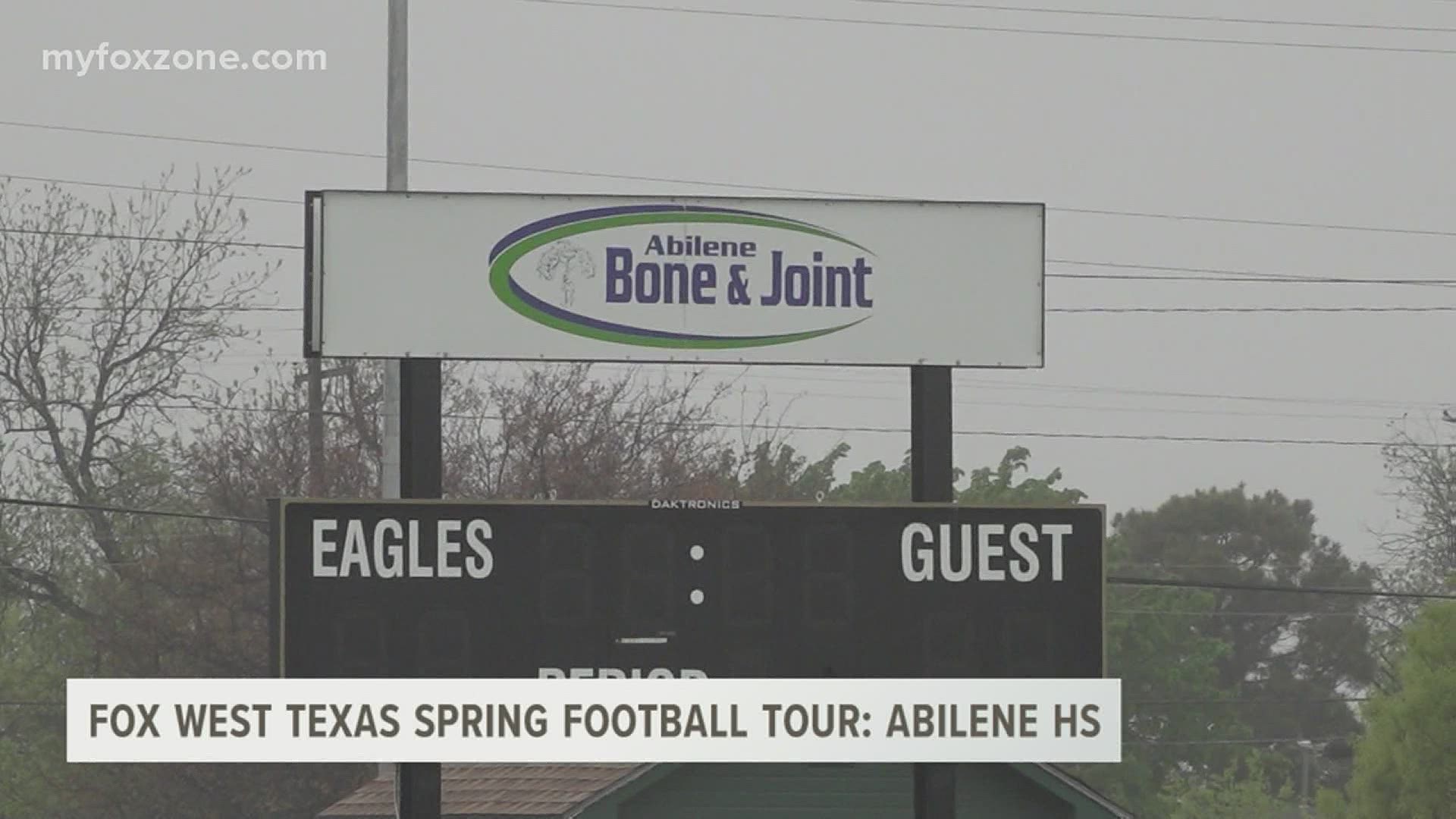 ABILENE, Texas — The Abilene High Eagles are gearing up for spring training which is scheduled to start at the end of the month. Head coach Mike Fullen said they already started organized team activities and plan on installing new plays before the players practice in full pads.

"Our biggest goal here is when we start spring ball, we're really looking for depth within our offensive and defensive lineman," Fullen said. "We're looking for depth in that interior because that's where you know you don't want to be having to find those in the fall and instead you want to be able to establish those in the spring. A lot of times your skill guys are involved in other sports."

Fullen said there's a lot of players that had significant playing time last season returning this fall. The coaching staff feels good about many newcomers making an impact this spring.

"We feel pretty good where we're at and of course you never know everybody feels good this time of year because it's a fresh start," Fullen said. "Our main goal is to create the mindset into the fall practices and the fall season with is just being mentally and physically tough and to be a disciplined football team."

Fullen said they need seven offensive linemen with two backups along with five defensive linemen equally as good as their starting three in order to provide depth throughout the season. As for the rest of the team, the limit is three players per position.

"We're looking forward to a good spring and a good summer," Fullen said. "We hope for some normalcy in the fall because last year wasn't very normal."