The Eagles will travel to Coleman and play the Bluecats this Friday at 7 p.m. 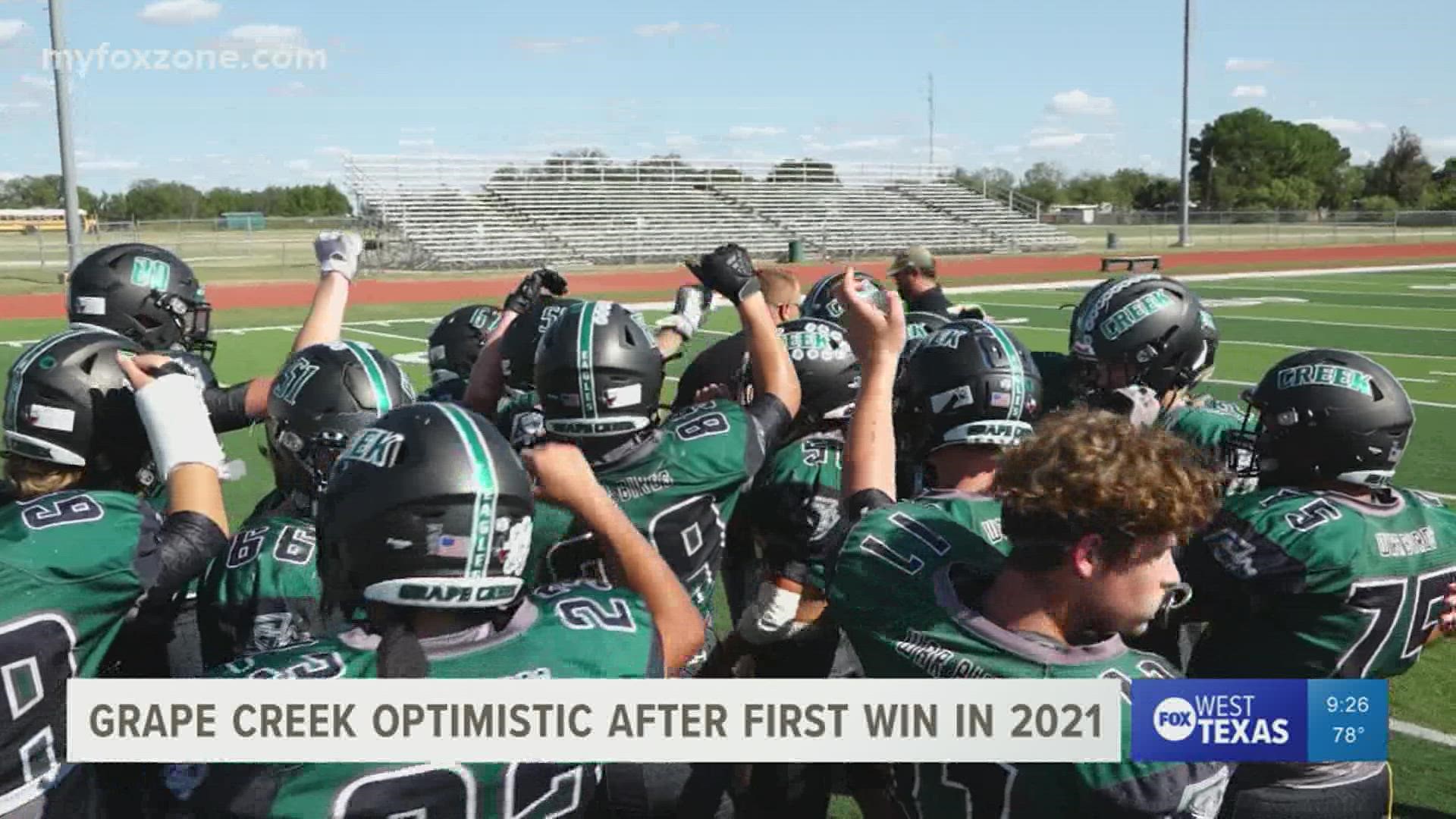 GRAPE CREEK, Texas — The Grape Creek Eagles are on a mission, and that is to make the playoffs this season. The Eagles are currently 1-2 with the hopes of securing their second win against Coleman this Friday. Head coach Tanner Thiel said they purposely scheduled difficult opponents in non-district play in preparation for district play early next month. Senior running back Isaiah Briones says the team can cook anyone up.

"After that win over TLCA, we're all realizing that we can run on anybody on our schedule,” Briones said. “We just have to have that little urge to do it because a lot of us right now are still not clicking. A lot of us are still wanting to rely on others. Once we actually like to start clicking and everything, we'll be an unstoppable team."

It's only week four, and it's a long season ahead. Taking it one step at a time will help boost the players' confidence. Senior quarterback Landon Crow said it's important to focus on the little things such as paying attention to detail in practice, the weight room and the film room.

"I think that just picking each other up and just building up through the team is how we're going to be able to keep our confidence up,” Crow said. “We need to keep everybody high and excited about each game."

Including this week, the Eagles have two non-district games before heading into district play. Briones said the team has improved defensively and will be prepared to make crucial stops in the games ahead.

"We're ready for anybody,” Briones said. “We don't care if you're state ranked or not, we're going to give you everything we got. I feel like that's a good thing for us before district because we have Ballinger, Bangs, Brady and everybody else. We have everyone coming at our necks right now and since we have those powerhouse teams coming at us before district, we'll be ready."

The Eagles have not made a playoff appearance since 2016 and they're hungrier than ever to break the drought.