The last winning season for the Eagles was in 2016 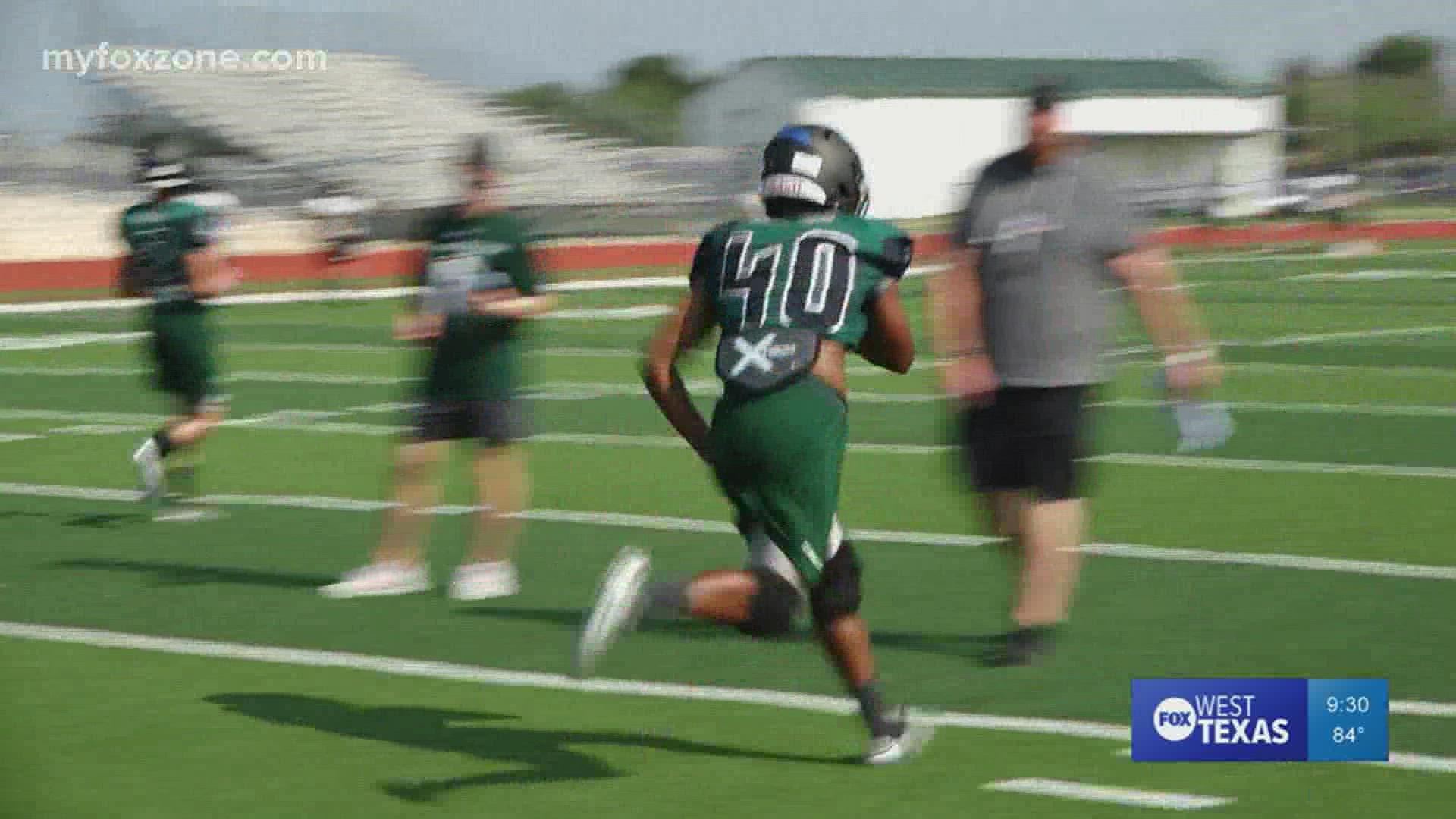 GRAPE CREEK, Texas — “Just be ready," Grape Creek High School senior running back Isaiah Briones said. "You’re going to see a lot of kids that no one has heard of and they’re going to pop out.”

The Grape Creek football team entered their third day of practice with lots of ambition.

“We've got a great group of kids," Grape Creek head football coach Tanner Thiel said. "We lost nine seniors last year, but we have 22 returning so we have a good group coming back. Our mantra for the past couple of years has been family so we really embrace that.”

The Eagles haven’t had a winning season since 2016, and they’re determined to turn that around this year. UIL Division II District 2-3A seems wide open this season and with those key returners coach Thiel mentioned, anything is possible. Briones said this is the most talented group he’s seen and hopes to make some noise.

“My goal is to get our first dub," Briones said. "We want to put our name out there and we don't want to be the underdogs anymore so we want to change that. I feel like if we get that first dub, we’ll let everybody know that we're nothing to play around with and we're here for business.”

Even though all 5A schools played on time last season unlike the one-month delay from 6A, Thiel said it really affected them mentally, especially because of the previous losing seasons under their belt. With the amount of leadership the Eagles posses this year, he feels the team can play better than the 2016 group.

Grape Creek will host Stanton on Aug. 27 in a non-district game.