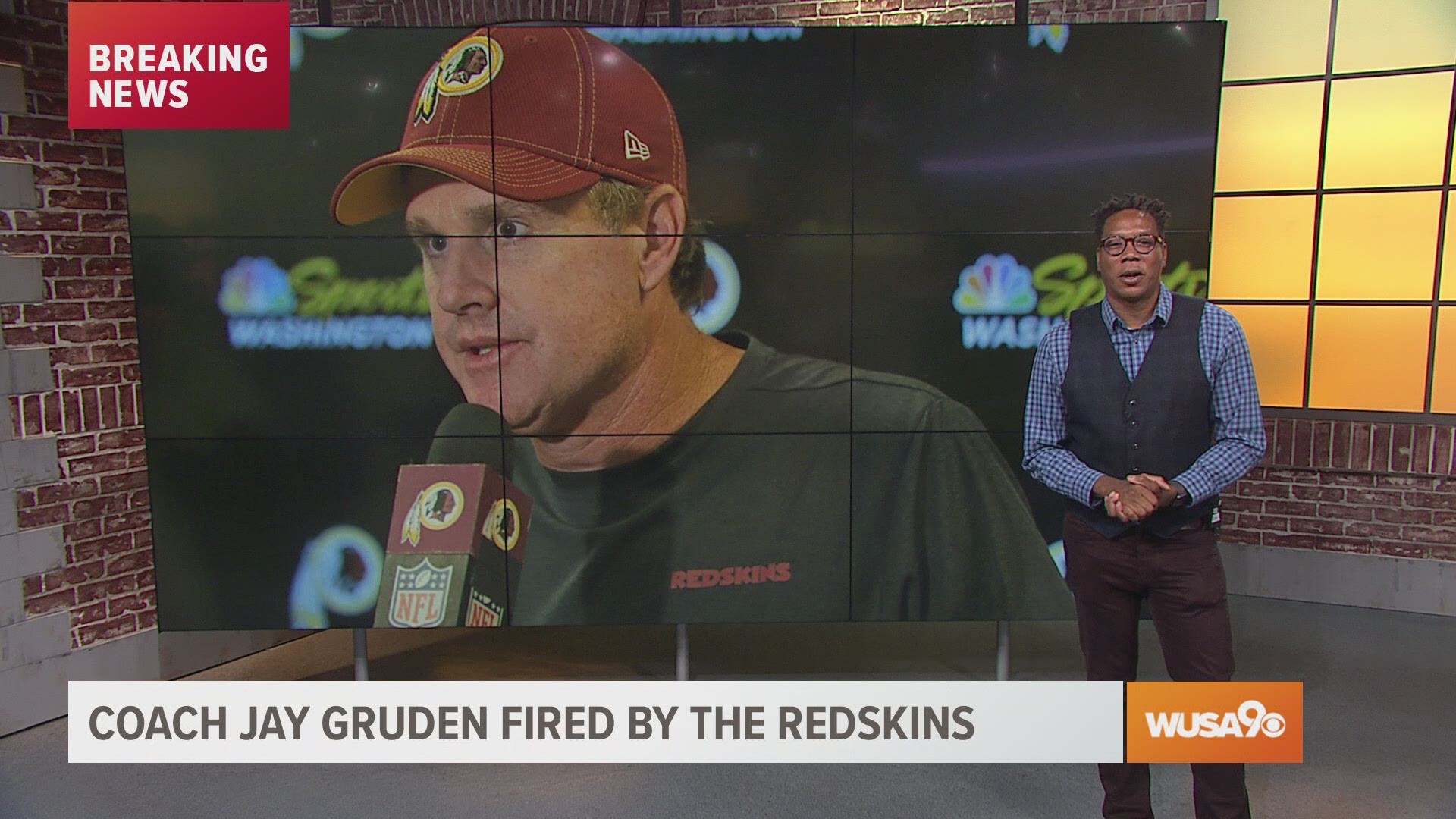 WASHINGTON — Washington Redskins head coach Jay Gruden has been fired and Bill Callahan has been named the interim head coach Monday after the team's latest loss to the New England Patriots.

The Redskins lost to the Patriots 33-7 at home at FedEx Field on Sunday, bringing their record to 0-5 for this season.

It's the worst record in 18 years. They are one of just four teams who have yet to win a game this year.

"Through the first five games of the 2019 season, the team has clearly not performed up to expectations, and we all share in that responsibility," the team said in a statement. "Moving forward, we are committed to doing all that we can collectively as an organization to turn things around and give our Redskins fans and alumni a team they can be proud of in 2019 and beyond."

RELATED: 'Your livelihood depends on every win' | Wife of Redskins head coach speaks her mind

According to NFL Insider Ian Rapoport, Gruden was likely waiting for this to happen and is obviously not surprised.

He said this move gives the team a chance to start their search in earnest.

According to the Redskins' website, this was Gruden's sixth season with the team. He was named the 29th head coach in franchise history on Jan. 9, 2014.

The Redskins held a news conference at Redskins Park Monday and discussed their decision to fire Gruden and they later announced that offensive line coach Bill Callahan would replace Gruden on an interim basis.