Coach Chuck Waddington said there will be many returners next season. 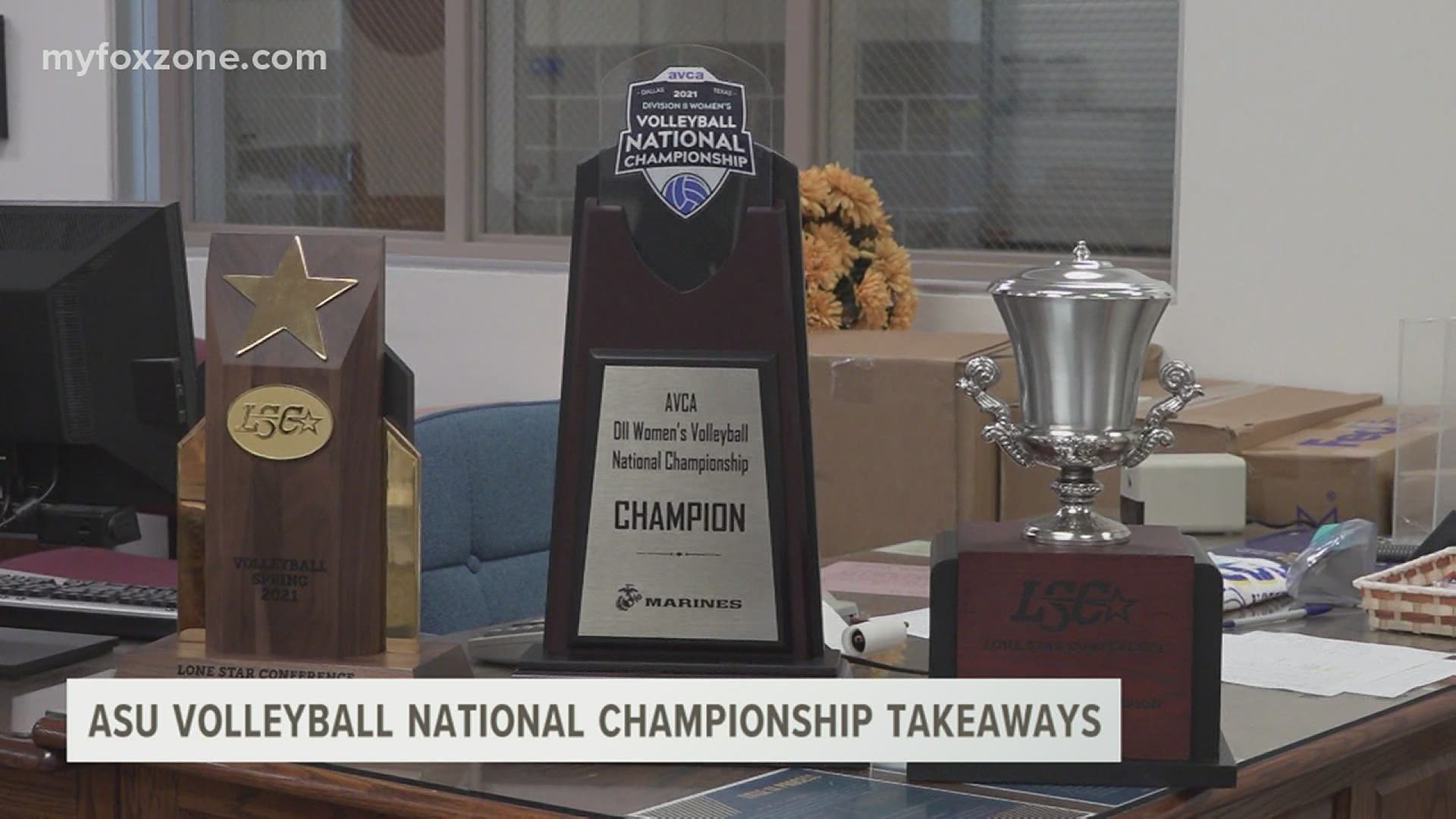 "We talked a lot about expectations in our gym and our expectation was to win," Waddington said. "We took it match by match, but still have that end goal in mind and our girls were really solid in that foundation. They didn't look too far ahead and they didn't get caught up in anything other than the moment."

The Belles had four members nominated to the AVCA all-tournament team including senior middle blocker Baleigh Allen. Allen said the camaraderie within the team is what carried them all the way.

Knowing ASU completed this milestone, Waddington plans on maintaining the momentum into next season. He says he was recruiting before and after the game, continuing to plan ahead.

“We have a nice group coming in, we've got to find kids in 2022 and 2023, so it's just business as usual. We're one of the hardest working teams out there both in the gym and out in the recruiting area and we're just going to maintain that. Good things happen and when you work hard.”

Waddington is proud of the way his team competed in the tournament and he can’t wait to hang the banner in the Junell Center. These are moments this organization will cherish forever.