The Chiefs will not be playing spring football this year. 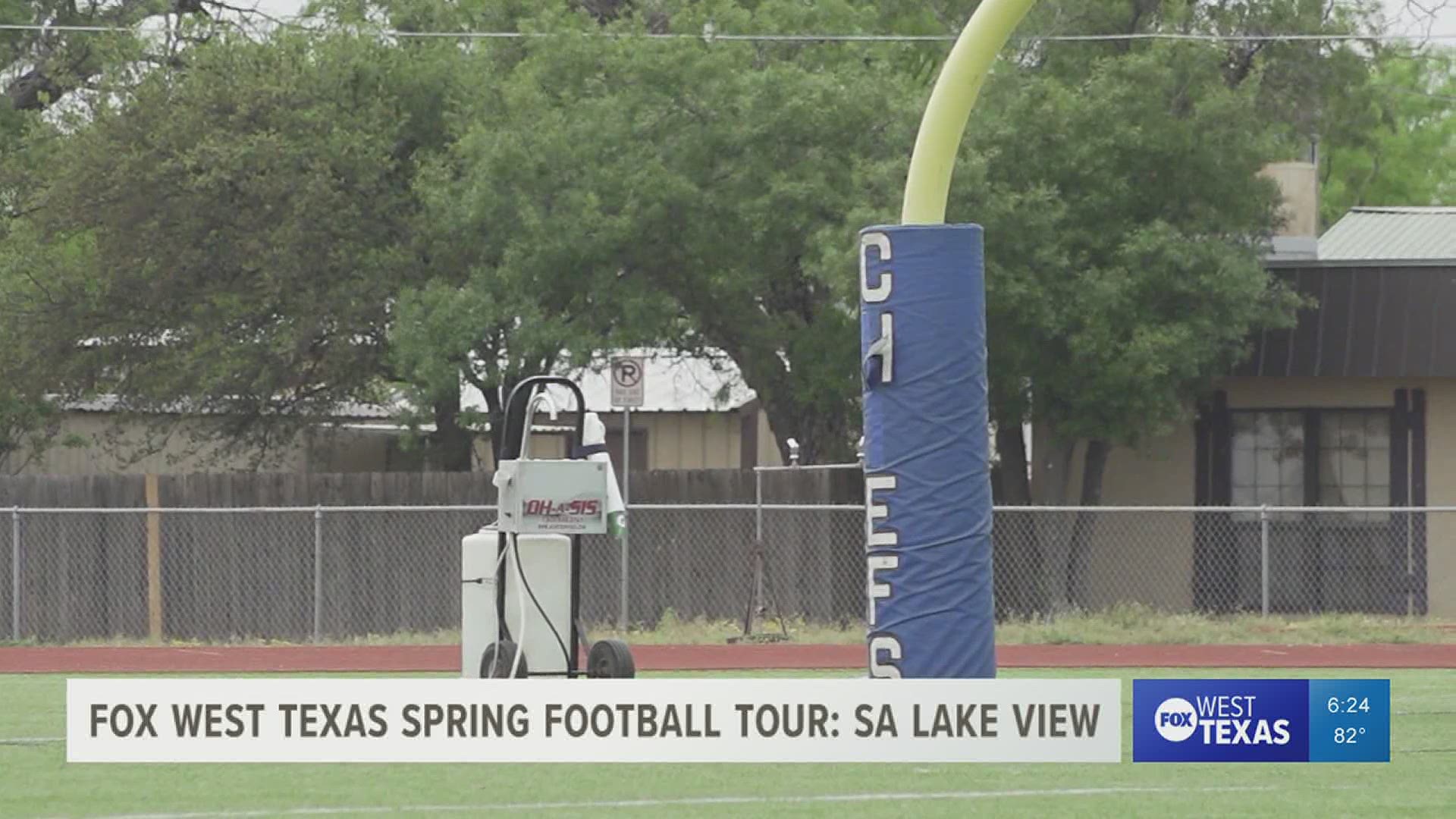 SAN ANGELO, Texas — The Lake View Chiefs are coming off a 4-7 overall record and 0-3 in district play from last season. The team will not be participating in spring football, however, head coach Hector Guevara is making sure the players are committed to improving in other activities.

During the summer, the UIL has provided 90 minutes of skill time for sporting activities: one hour max with one sport and 30 minutes for another on a daily basis Monday through Friday. Guevara said they will do 7-on-7 football.

“We'll be starting 7-on-7 pretty quick," Guevara said. "We're going to go in May into June, then we'll try to get into a 7-on-7 tournament and hopefully a state qualifier. Hopefully we get a couple of those in.”

Moving on to depth chart changes, Guevara said it’s too early to tell. The team lost some key players in different positions from last fall, but he’s confident with the underclassmen stepping up.

“Right now the kids are interviewing for a job and they're doing their best," Guevara said. "We're excited to see the competition amongst each other and when they push each other, they're excited for an opportunity. So we'll see what happens.”

Guevara said the team is excited for 7-on-7. The players have been working hard and they’re looking forward to the 2021 season.