The Arizona Cardinals are 4-0 after defeating the Los Angeles Rams. Meanwhile, Tom Brady made his return to New England and it didn't quite go as planned. 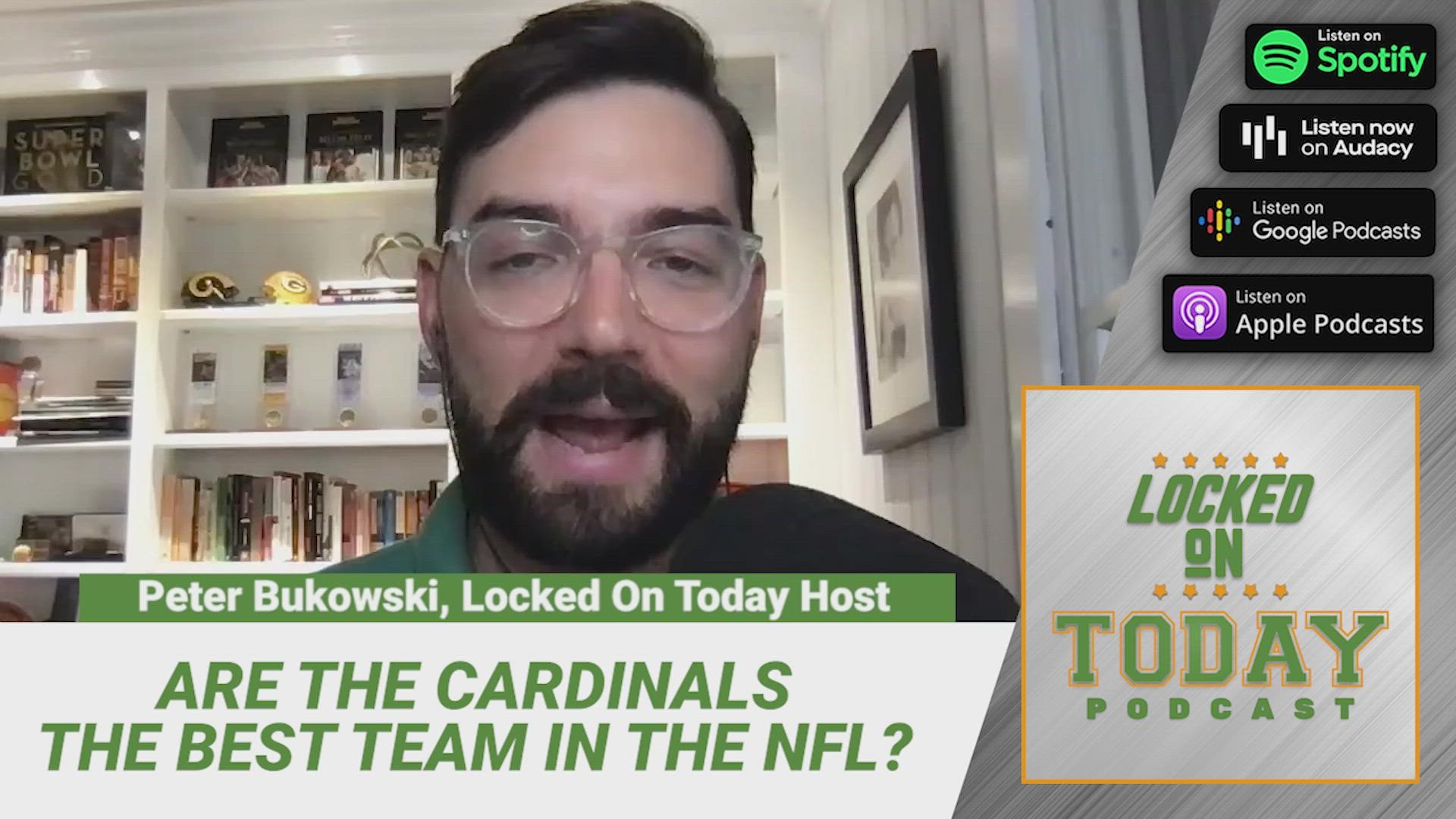 FOXBOROUGH, Mass. — It was another wild week in the NFL with a major reunion in New England, multiple overtime finishes and only one team made it out of Sunday 4-0.

Sunday had a lot to offer with exciting shootouts in the early window between Washington and the Falcons in Atlanta, Dallas and Carolina, as well as Kansas City and Philadelphia. All of those games surpassed 60 points.

Meanwhile, the Seahawks and Ravens both came up with impressive road wins in the late window.

Check out some of the top storylines from Sunday's NFL action.

SUBSCRIBE to the daily Locked On NFL podcast, free and available on all platforms

The Bucs were favored by a touchdown going into Sunday Night Football's reunion between Brady and the Bucs and Bill Belichick and the Patriots.

Tampa struggled to keep a lead as the Patriots defense stumped them in New England territory, only allowing one touchdown.

Mac Jones impressed for the Patriots, throwing for 275 yards and two touchdowns. His performance included a streak of 19-straight completions in the second half.

The Bucs took the lead with just over two minutes left and New England missed a go-ahead field goal with about a minute to go.

Brady got the win and greeted many former teammates and coaches after the game, including a brief interaction with Bill Belichick.

The Bucs are now 3-1 on the year with Miami at home next week.

The Arizona Cardinals have finally done it. For the first time in the Sean McVay Rams era, the Cardinals have defeated the Rams. Arizona was previously 0-8.

Matthew Stafford and the Rams defense have shined so far this season, coming off a convincing win over the Bucs last week, but they looked lost on Sunday in their home stadium in the 37-20 loss.

Meanwhile, the Arizona Cardinals looked more than impressive, as they have so far this season. They forced two turnovers and didn't turn the ball over on offense. Kyler Murray, Chase Edmonds and James Conner ran for over 200 yards and Murray added 268 passing yards with a couple of touchdowns.

The Cardinals are now one of two undefeated teams left, with the Raiders still to play their Week 4 matchup on Monday night in L.A. against the Chargers.

Look out for the Cardinals, folks.

What did the guys think about the convincing Week 4 win by the Arizona Cardinals? ⁦@BoBrack⁩ and ⁦@ClancysCorner⁩ give their thoughts: pic.twitter.com/qzEMpTpXWw

The Kansas City Chiefs were coming off a rare two-game win streak but they got the job done in Philly on Sunday, defeating the Eagles 42-30 behind Patrick Mahomes' five touchdown passes.

Tyreek Hill had an unbelievable day with 186 yards and three touchdowns.

The Chiefs needed the bounce back win before they face the Buffalo Bills at home next week. The Bills have looked dominant since their Week 1 loss, including two shutout wins where they scored 35 or more points.

Meanwhile, Chiefs head coach Andy Reid became the first NFL head coach to reach 100 wins with two different teams. Fittingly, Reid got his 100th victory with the Chiefs in Philadelphia, where he had 140 career wins as the Eagles head coach.

Giants, Jets pick up their first wins in OT

The New York teams did it. They both picked up their first wins to avoid 0-4 starts and both wins were against impressive opponents in overtime.

The Giants defeated the Saints in New Orleans 27-21 in OT. Daniel Jones passed for 402 yards and two touchdowns in the win.

The Giants get their first win of the 2021 season and @D_Turner47 joins me again to break down the good and the one area in which he's still concerned about. https://t.co/ccRxItFamZ