How will we judge year one success for Urban Meyer and Trevor Lawrence? Plus, what do the conference title hopes look like for the Browns, Seahawks. 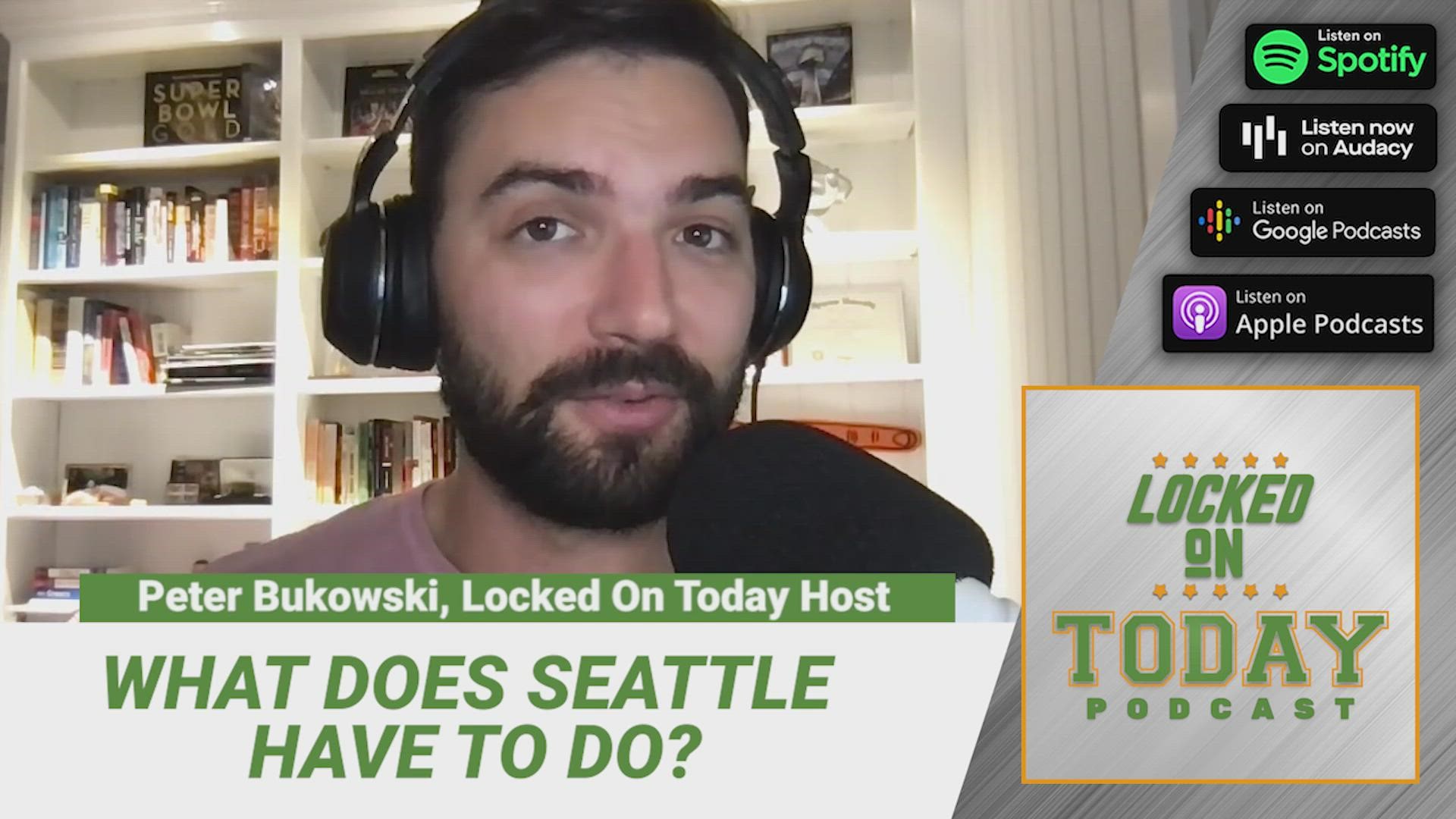 JACKSONVILLE, Fla. — Is Trevor Lawrence ready for Sundays? Are the Browns legitimate contenders? And, how far can Russell Wilson take the Seattle Seahawks?

As the preseason moves forward, we're previewing and forecasting teams across the NFL on the Locked On Today podcast.

SUBSCRIBE: The Locked On Today podcast hosted by Peter Bukowski gets you caught up each morning on the biggest stories in sports without taking up your free time. Listen here.

What does a successful first year look like for Urban Meyer, Trevor Lawrence?

The Jaguars may have been the worst team in football last season but there's plenty of reasons for optimism this year.

"What they actually did in free agency, they didn't go real big with the alpha type player," Wiggins said. "They went real big with the B minus type guy and signed like 13 them. They went team building. The guys that they think are going to be good are the early players they drafted this year and the early players who have been drafted in subsequent years before this."

With Deshaun Watson likely out and the Colts' quarterback situation and other injuries, Wiggins said it's not crazy to think Trevor Lawrence could compete as the best quarterback in the AFC South this year. With the Colts injuries and the Texans situation, could the Jaguars compete for the division?

"It starts to give a little bit of room for Jacksonville to look through that door and go, why not us? Why not now? Now Tennessee, they've had some turnover. But by and large, they're still the most talented and most consistent team in our division with their offense and with Mike verbal running the team," Wiggins said.

BREAKING NEWS!!! Tim Tebow 1 of 5 let go by the #Jaguars. My reaction: pic.twitter.com/lu5mKCmXCi

Are the Cleveland Browns legitimate contenders?

Are the Browns in the conversation with the Chiefs, Bills and Ravens as legitimate AFC contenders?

Jeff Lloyd of Locked On Browns joined Locked On Today to talk about why the Browns' new defensive personnel will determine their fate.

What do the Seattle Seahawks have to do to get back to the Super Bowl?

Can the Seattle Seahawks get themselves back into contention for an NFC title? The offense certainly says yes, but the defense has a lot of question marks.

Locked On Seahawks host Corbin Smith joined Locked On Today to break it all down.

Also on today's Locked On Today

What are we Locked On Today?