Bias leads a group of six players and two coaches that will be enshrined in Kansas City next November. 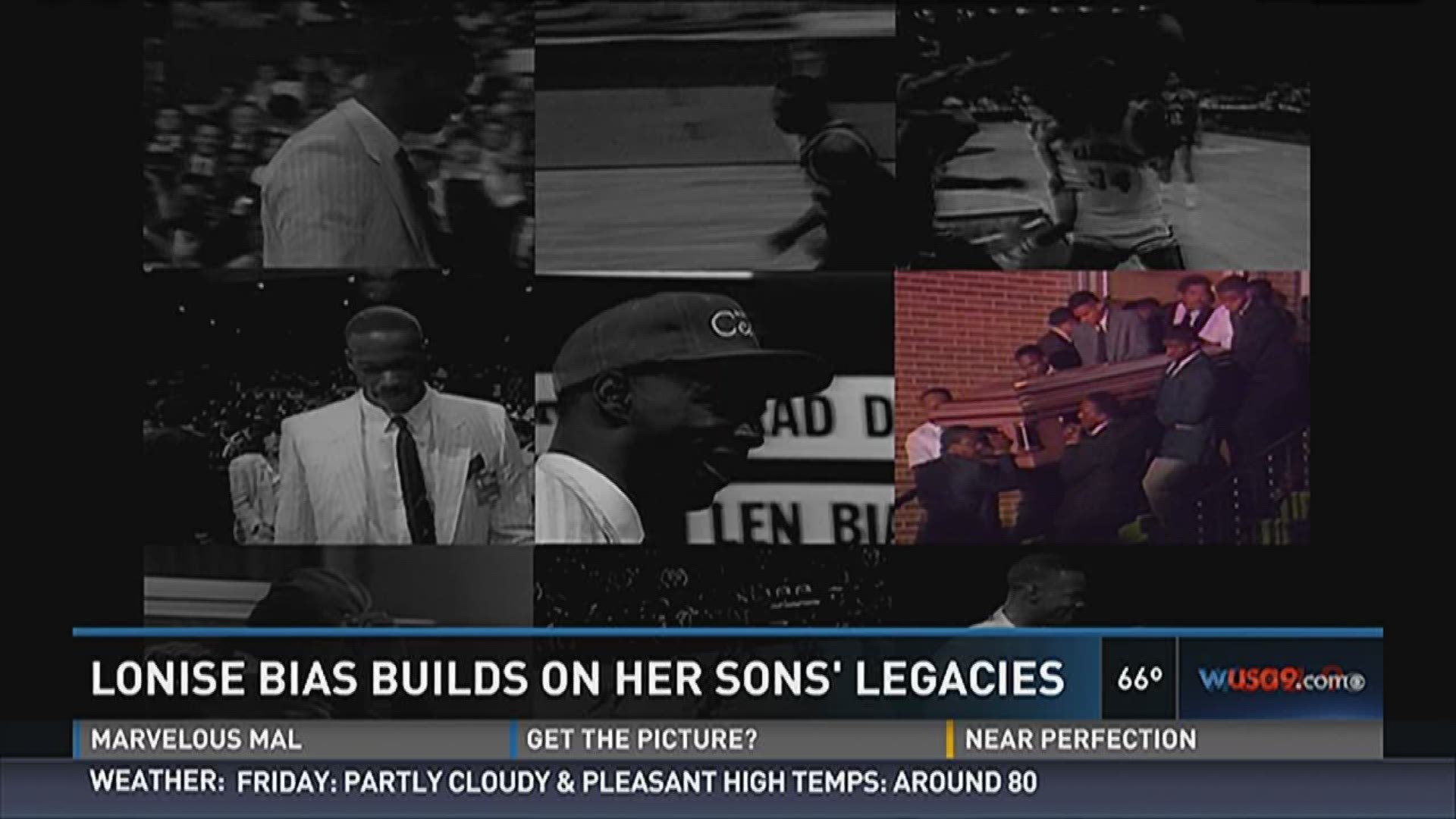 KANSAS CITY, Mo. — Maryland basketball star Len Bias, who was chosen No. 2 by the Boston Celtics in the 1986 NBA Draft before dying days later of a drug overdose, was chosen for induction into the National Collegiate Basketball Hall of Fame on Sunday.

Bias leads a group of six players and two coaches that will be enshrined in Kansas City next November.

Bias -- a Hyattsville, Maryland native -- played for the University of Maryland between 1982-86.

Dead at 22-years-old, Bias' life and impacts on the game of college basketball were canonicalized in the ESPN 30 for 30 "Without Bias" documentary.

Bias was twice named ACC Player of the Year when he played for the Terps. He was also a first-team all-American his last year in college.

The legend is a Hall of Famer.

Len Bias will be inducted into the National Collegiate Basketball Hall of Fame! pic.twitter.com/GaPV5NKfeV

The other players to make up the class are Hersey Hawkins, who scored more than 3,000 points during his career at Bradley; UCLA's David Greenwood, the No. 2 pick of the Chicago Bulls in the 1979 draft; Jim Jackson, the two-time Big Ten player of the year at Ohio State; Antawn Jameson, who led North Carolina to back-to-back Final Fours; and Kansas star Paul Pierce, who went on to play 19 years in the NBA, mostly with the Celtics.

The two coaches selected for the Hall of Fame were Rick Byrd, who won 805 games at Maryville, Lincoln Memorial and Belmont, and Tom Penders, who took four different schools to the NCAA Tournament.

Credit: Associated Press
Boston Celtics draft pick Len Bias is shown at the Celtics draft table in New York in this file photo from June 17, 1986. Two days after being selected by the Boston Celtics as the No.2 pick in the 1986 NBA draft Bias died of cocaine intoxication. (AP Photo/files)