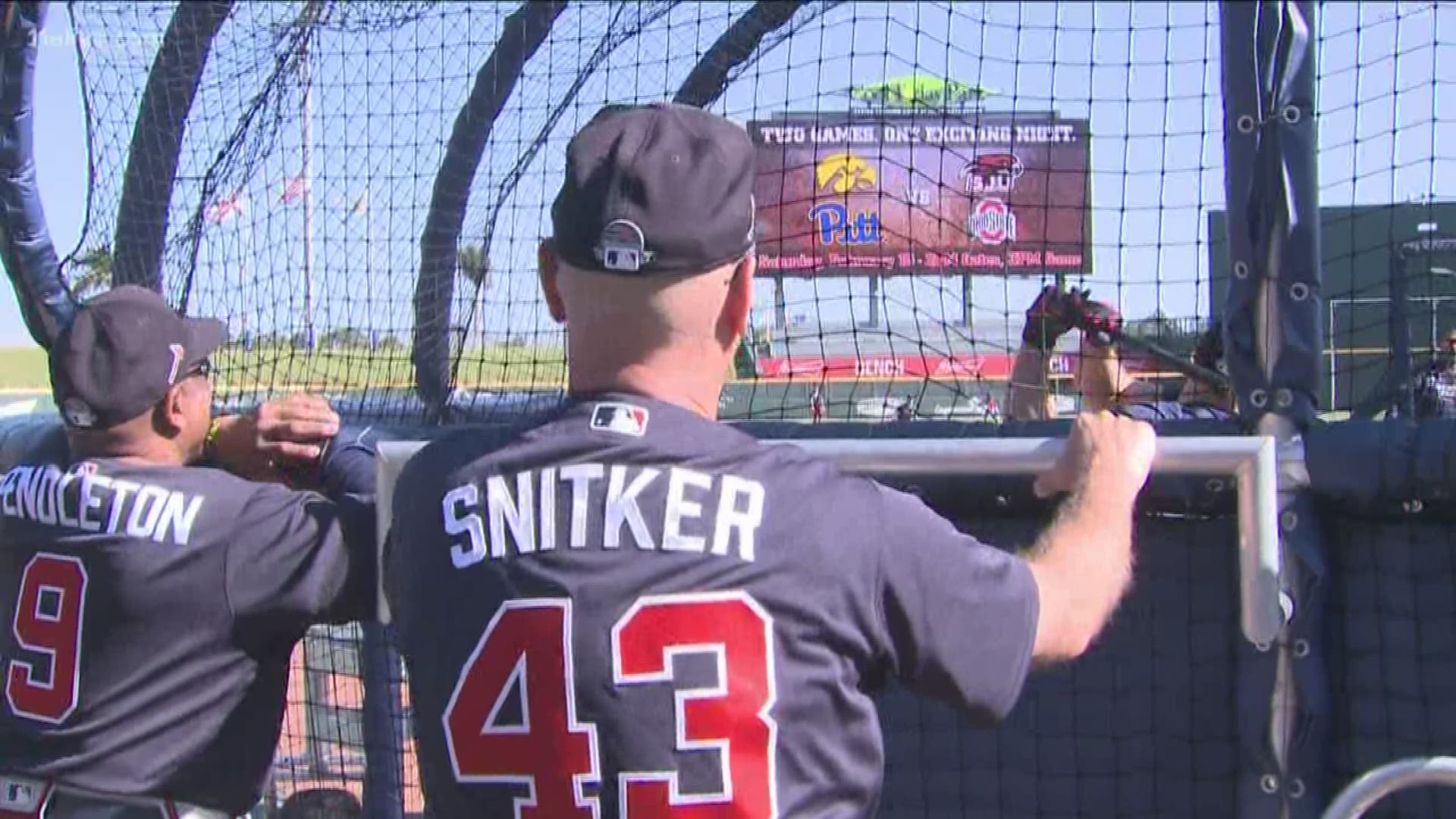 ATLANTA — The Atlanta Braves today announced the organization has promoted Alex Anthopoulos to president, baseball operations and general manager, while extending the contracts of manager Brian Snitker and his coaching staff through the 2021 season.

“I am very pleased that Alex will be leading the Atlanta Braves’ baseball operations for years to come,” McGuirk said. “Since he joined the organization, Alex has continued the winning tradition that Braves fans have come to expect.”

Anthopoulos also spent six seasons as the Toronto Blue Jays’ general manager, which culminated in an American League East title in 2015 to snap Toronto’s 22-year postseason drought. Anthopoulos was selected as Sporting News’ MLB Executive of the Year that season. He originally joined Toronto following the 2003 season as a scouting coordinator and earned a promotion to vice president, baseball operations and assistant general manager in 2006 before taking over as GM on October 3, 2009.

Snitker, 64, led the Braves to 97 wins and a National League East title last year, the club’s second division crown in as many seasons. He was also a finalist for the National League Manager of the Year after winning the award in 2018.

“Winning consecutive division titles illustrates the leadership and impact of Brian and his staff,” Anthopoulos said. “We are happy to know they will be leading the Braves through the 2021 season.”

Snitker is entering his 44th season in the organization and his fourth full season as the Braves’ manager. The club named him interim manager on May 17, 2016, before his was formally announced as the manager on October 11, 2016.

The 2020 season marks Sal Fasano’s third on Snitker’s staff after joining the club as catching coach in 2018. Fasano played parts of 11 major league seasons behind the plate before embarking on his coaching career following the 2008 season.

Marty Reed was named Atlanta’s bullpen coach when Snitker was appointed interim manager in May 2016, and has remained on the staff in the same capacity since. Reed has over 20 years of professional coaching experience after taking his first position in the Dodgers organization in 1999.

Seitzer begins his sixth season on the Braves coaching staff in 2020. Under his guidance, the Braves’ run total has improved in each of the last five seasons.

Washington joined the organization for the 2017 season, and has worked extensively with Atlanta’s infielders since that year. 2B Ozzie Albies and 3B Josh Donaldson were Gold Glove finalists in 2019, while 10-year veteran Freddie Freeman won his first career Gold Glove award in 2018.

Weiss joined Snitker’s staff on November 10, 2017 after he served as Colorado’s manager from 2013-16. The former shortstop was a member of four World Series teams, including the 1989 World Champion Oakland Athletics.

Young Sr. is in his third season with Braves, serving as the club’s first base coach while also overseeing the club’s outfield instruction. Prior to joining the Braves, Young Sr. worked on Weiss’ Colorado coaching staff.

Castro is entering his sixth season with the club and assists Seitzer in every aspect of the Braves’ hitting program. He previously worked as the quality assurance coach for the Chicago Cubs before joining Atlanta.

Josh Donaldson, Tim Hudson look back at their time with the Braves