Hank Aaron to be honored with lowered flags across Georgia: Gov. Kemp

The governor spoke of Aaron's impact on Georgia - and the nation - in announcing that flags would be lowered to half-staff across the state. 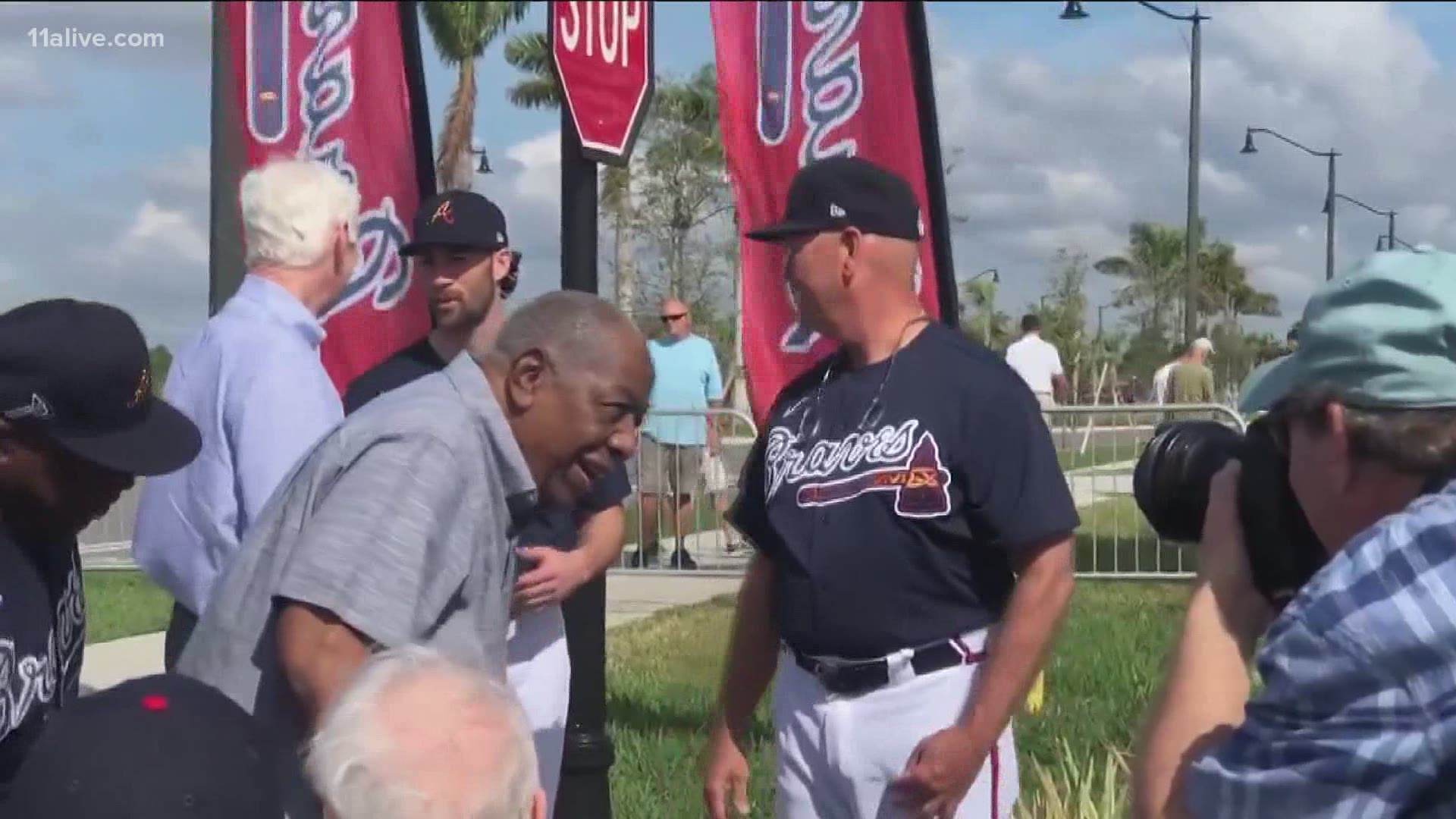 ATLANTA — He was a legend in baseball and civil rights. Now, Georgia is finding one more way to honor the life of Hank Aaron.

Governor Brian Kemp announced by tweet on Friday evening that he was ordering the U.S. and state flags on all state buildings to be lowered to half-staff.

In an executive order, Kemp described Aaron's life and career as having made history and that "his influence was felt not only in the world of sports but far beyond -- through his important work to advance civil rights and create a more equal, just society."

"May generations of Georgians continue to be inspired by his groundbreaking career and tremendous impact on our state and nation," Kemp added.

It's just the latest of many tributes to pour in for the famed Atlanta Brave from fans and friends.

The Atlanta Braves announced that the "Home Run King" had died in his sleep "peacefully," at the age of 86.

A star on the field, the Braves described Aaron as a philanthropist for his work off the field. Among his efforts was the Hank Aaron Chasing the Dream Foundation, Inc. to fund programs that support the youth.

Aaron retired in 1976 and was inducted into the Baseball Hall of Fame years later.  Aaron is survived by his wife, Billye, and five children, Gaile, Hank Jr, Lary, Dorinda and Ceci.

Flags will remain at half-staff until sunset on the day of Aaron's funeral, the details of which have not yet been made public.