President Joe Biden reflects on Hank Aaron legacy: 'Helping us chase a better version of ourselves'

The president told the nation of the impact Hank Aaron had on history and at least one way Americans can honor his memory. 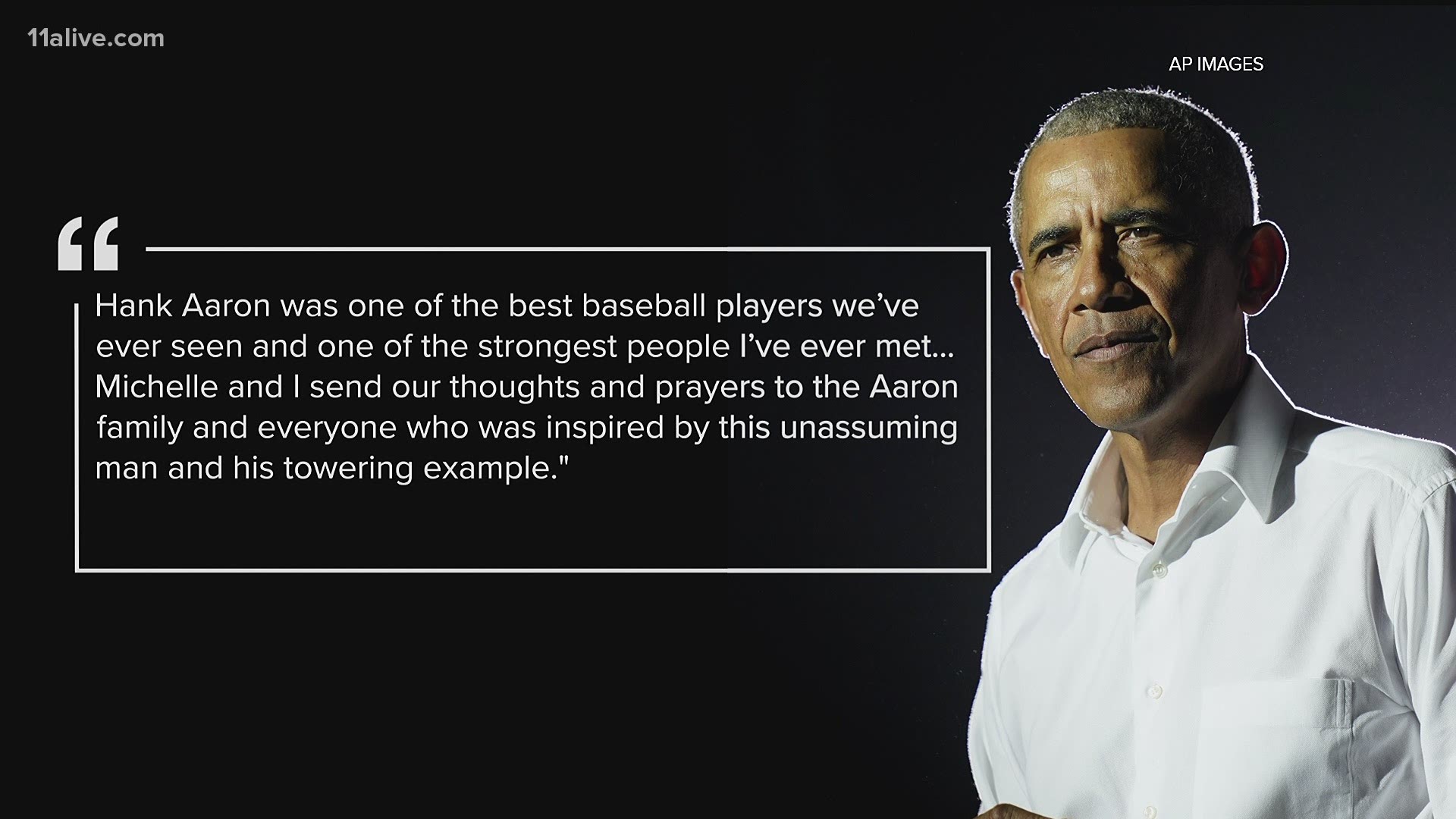 WASHINGTON — The newly-inaugurated president of the United States took time on Friday to remember a sports legend whose influence will forever be felt in Atlanta and in baseball.

But, as President Joe Biden shared in an official White House statement, Henry "Hank" Aaron's impact on the diamond reverberated in a way that helped change not only the game, but also the country for the better.

"When I watched Henry Aaron play baseball, I knew I was watching someone special. It wasn't just about watching a gifted athlete master his craft on the way to a Hall of Fame career as one of the greatest to ever play the game," Biden wrote. "It was that each time Henry Aaron rounded the bases, he wasn’t just chasing a record, he was helping us chase a better version of ourselves."

Biden continued that Aaron broke the famed home run record - all while "absorbing vengeance that would have broken most people." The president named off some of the struggles he faced, undaunted: White supremacy, death threats, hate mail and "hardened hearts."

But it was his character as well as his talent that would ultimately start to "melt away more and more of the ice of bigotry," Biden said.

Quoting President Jimmy Carter, Biden described Aaron as "the first Black man for whom white fans in the South cheered."

"It was not only his bat, but his character that won over those hearts and minds," Biden said. "For generations of athletes and civil rights advocates who followed, he showed how to be proud and be unafraid to stand up for what is right and just."

The president said he and First Lady Jill Biden counted themselves among those who are grateful for the memories he created, adding that they're praying for his family.

This tribute from the president and first lady is just the latest of so many that have arrived in the many hours since the Atlanta Braves confirmed to the world that one of the most famed players to ever wear their uniform had died peacefully in his sleep at the age of 86.

Not long before, Georgia's governor Brian Kemp also ordered that state and U.S. flags be lowered for the baseball great as the country works to find more and more ways to make sure they keep Aaron's memory alive.

As for the president, he suggested at least one way to do that - and vowed that the country would.

"As a nation, we will still chase the better version of ourselves that he set for us," Biden said.