The Nationals are just one win away from advancing to the World Series. 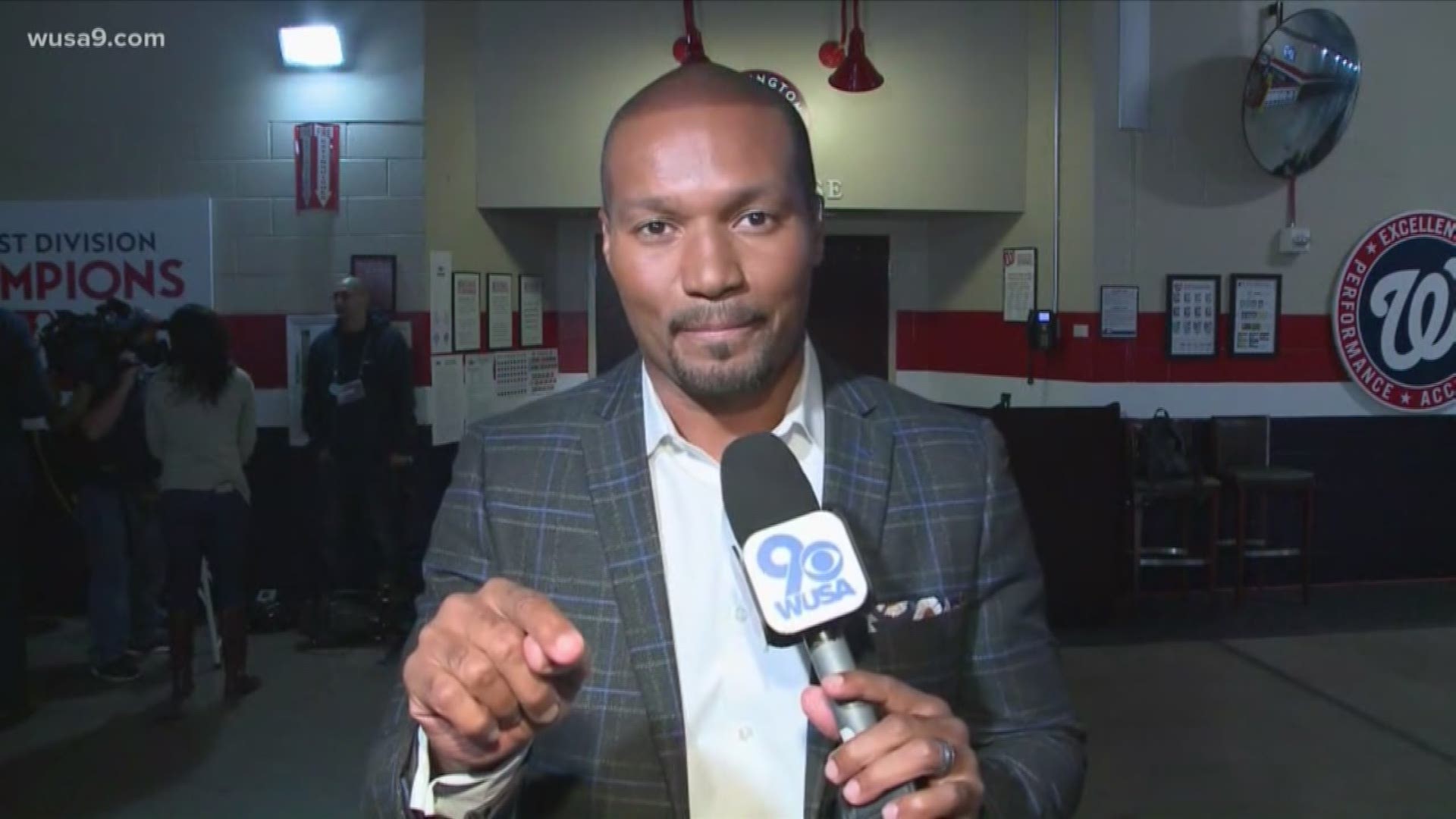 WASHINGTON — The Washington Nationals are making history. The first NLCS game to be played at Nats Park was a victory in Game 3, with the team beating the St.Louis Cardinals 8-1. The team is now up three games in the best-of-seven series against the Cardinals, with just one more win needed to advance to the World Series.

One of the most heartwarming moments came before the game even started.

Young Nationals fan Parker Staples, who was diagnosed with cancer, had the opportunity to throw the ceremonial first pitch. Thanks to the Make-A-Wish Mid-Atlantic Foundation, Staples had previously had the opportunity to toss the first pitch back on May 24. The Nationals tweeted that since that  May 24 pitch, they turned their season around, and it was no coincidence why they invited him back.

For the third straight game, the Nationals scored the first run.

The Nationals have kept their leads with strong pitching, and Strasburg delivered the whole game. His sacrifice bunt also helped Victor Robles eventually score, and with help from Adam Eaton and Anthony Rendon, the Nats were 4-0 by the third inning.

Howie Kendrick hit a two-run scoring double during the third inning of Game 3 and has had 9 RBI in the postseason. He had just 8 RBI in his final 27 regular-season games this year combined. Victor Robles added a solo home run in the sixth to pad the lead.

Despite Cardinals José Martínez scoring a run in the seventh inning, the Nats #StayedInTheFight and secured the 8-1 win.

RELATED: What it's like at the Washington Nationals first ever NLCS game at Nats Park

Credit: AP
Washington Nationals' Adam Eaton celebrates with Juan Soto (22) after scoring on a hit by -Anthony Rendon during the third inning of Game 3 of the baseball National League Championship Series against the St. Louis Cardinals Monday, Oct. 14, 2019, in Washington. (AP Photo/Jeff Roberson) 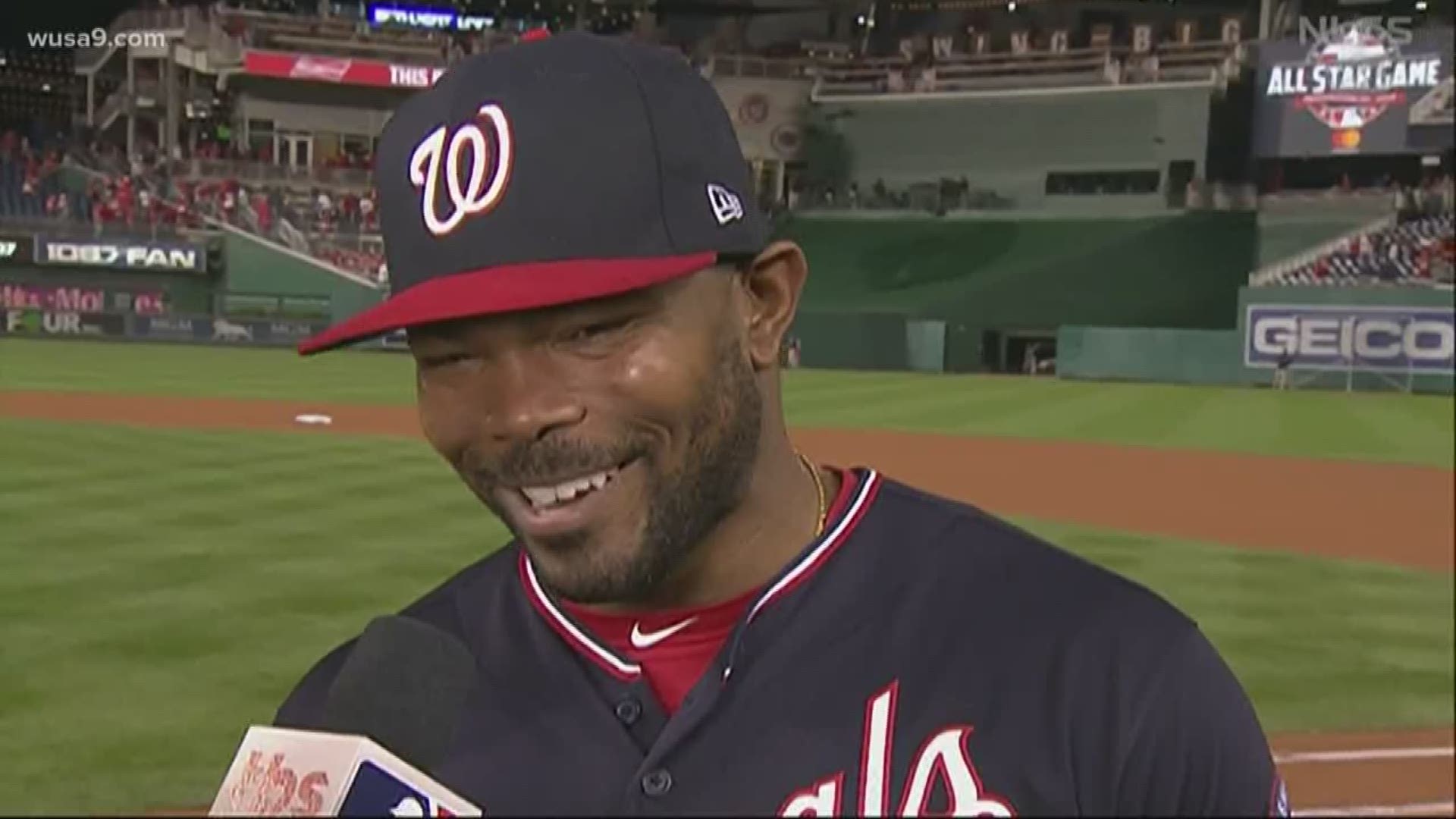 The Nationals will play Game 4 tomorrow, Oct. 15 at Nats Park at 8:05 p.m. As it could be the last game of the series, fans are quick to rejoice.

And if the team loses Game 4, here is what the next two games will look like: