NCAA officials: Gender disparity issues in women's tourney 'not the responsibility of the City of San Antonio'

In an interview with ESPN, officials said the issues that sparked much criticism this week were the NCAA's to fix, and not the host city's. 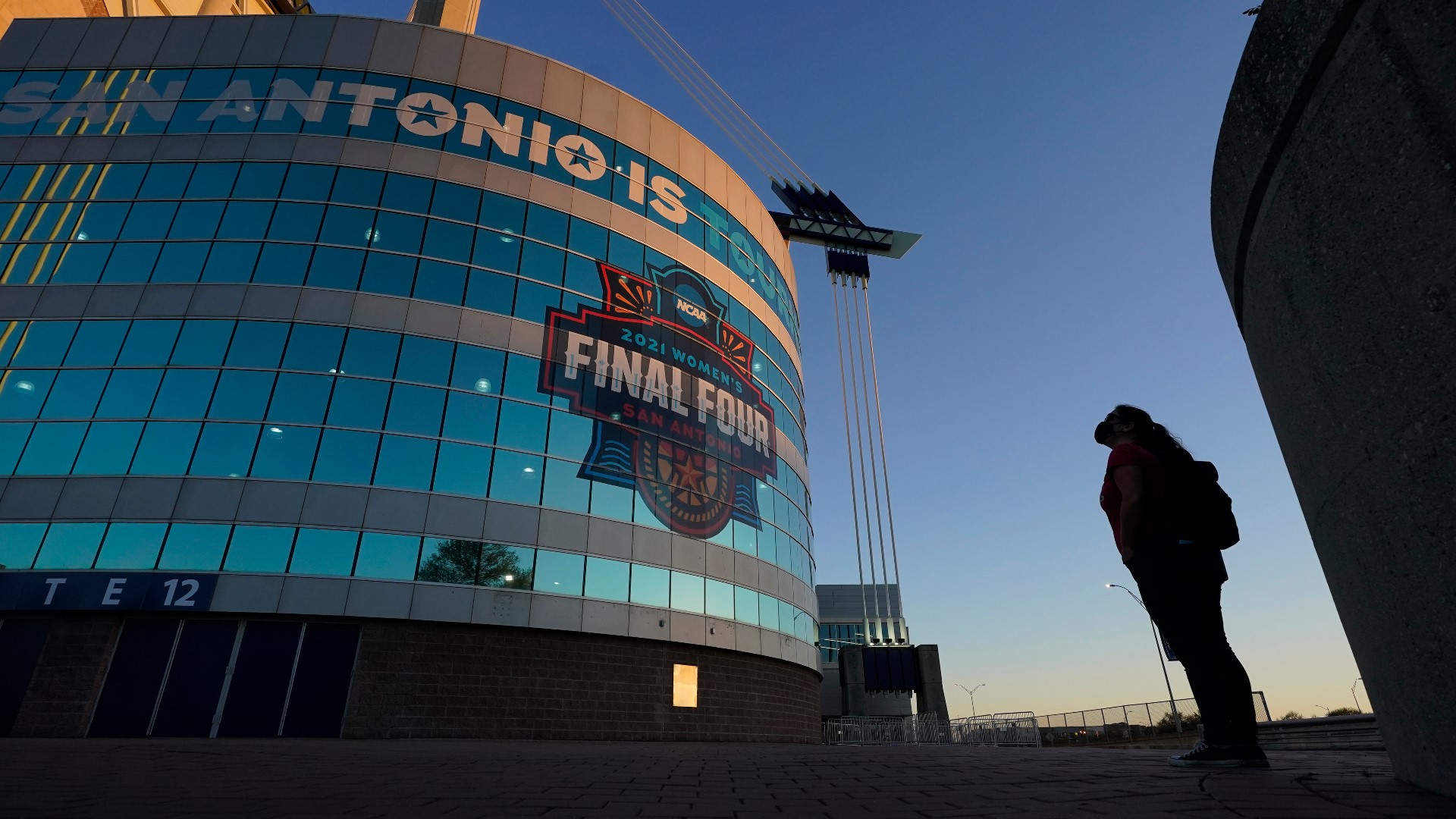 SAN ANTONIO — First-round action for the NCAA Women's Division 1 Basketball Tournament – which is being held entirely in San Antonio and the surrounding region – tipped off Sunday, but the tourney was already embroiled in drama of the off-court variety as athletes and coaches brought attention to the vast disparities between their experience and that of programs in the men's tournament.

The NCAA has since addressed some of the criticism by providing more weights and training equipment to athletes. Meanwhile, with games beginning Sunday, officials emphasized that the tourney's host city was in no way at fault for the issues that have garnered media attention in recent days.

The NCAA coming out with a statement reiterating the shortcomings at the Women’s NCAA Tournament have nothing to do with the city of San Antonio. pic.twitter.com/S75TtxqZaO

Local leaders largely stayed quiet in regards to the inequality issues being spotlighted in the Alamo City-hosted event, though former Mayor Julián Castro did retweet a viral post from University of Oregon player Sedona Prince that visually highlighted how much less training equipment the women's tourney offered compared to the men.

San Antonio is also set to host the men's basketball Final Four in 2025.