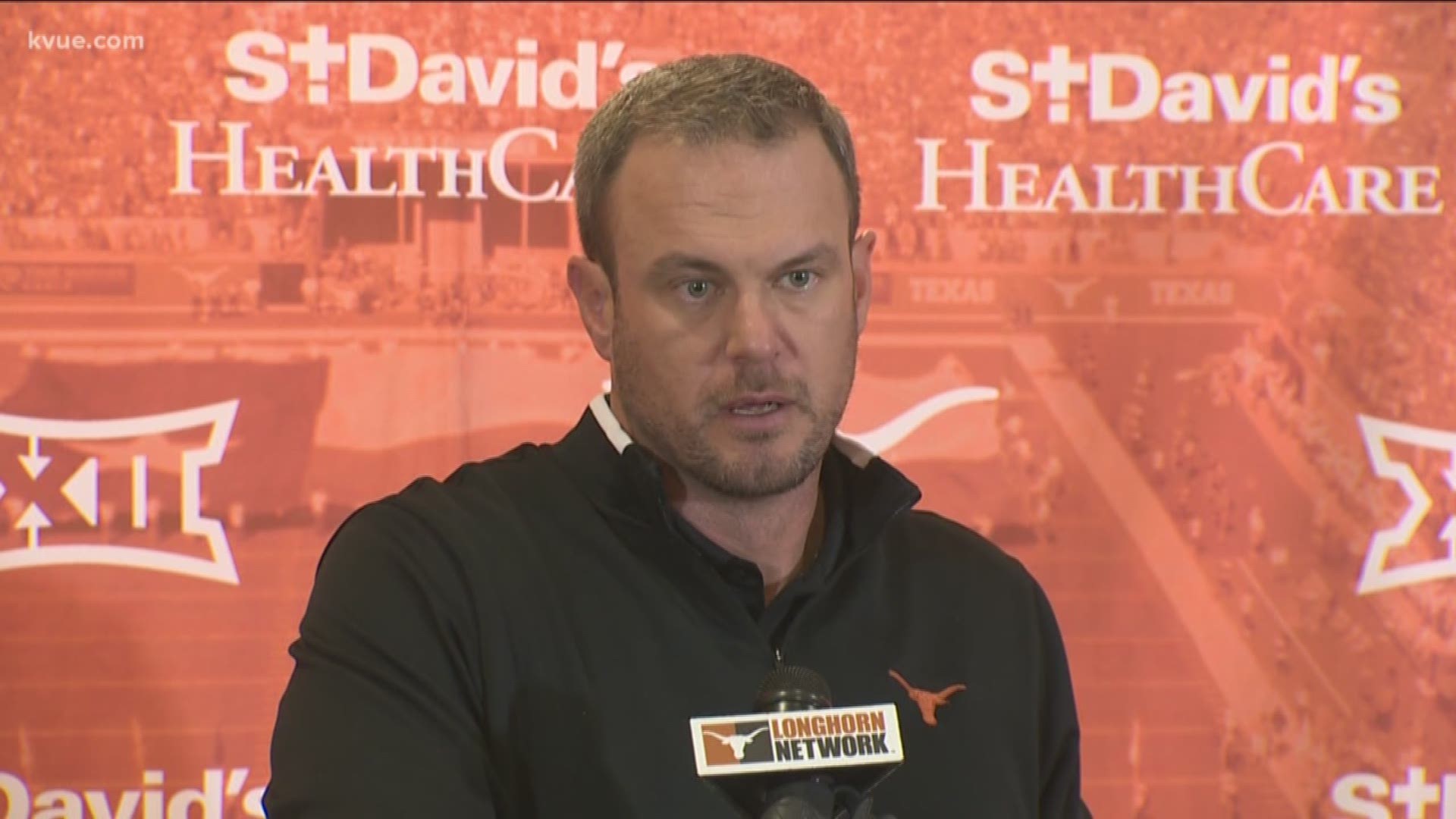 AUSTIN, Texas — With two games remaining in the regular season, two players were listed as doubtful after Texas' 23-21 loss to Iowa State.

In Monday's press conference, Tom Herman told the media senior wide receiver Collin Johnson and sophomore defensive back Anthony Cook were both listed as doubtful for their game against Baylor.

Herman said Johnson is nursing a hamstring injury – one that kept him out for three games at the beginning of the season. Johnson injured the hamstring in the LSU game and returned against Oklahoma. He played in four straight games before re-aggravating the hamstring against Kansas State and did not play against Iowa State.

Cook joins a distinguished list of Longhorns defensive backs who have gone down at some point during the 2019 season. Texas saw the return of B.J. Foster and Caden Sterns after missing them for multiple weeks in the 2019 season.

Speaking of Sterns, Herman told the media Cook's injury was similar to the one that sidelined Sterns for nearly two months.

"Anthony Cook has a tibia/fibula sprain, very similar to what Caden Sterns had. He is listed as doubtful," Herman said.

On a positive note, Texas freshman offensive lineman Junior Angilau practiced on Sunday after being diagnosed with a grade two MCL sprain. Herman praised Angilau's toughness after coming back from the injury as quickly as he did.

"The good news is Junior Angilau was back at practice yesterday," Herman said. "You're talking about a guy that returned eight days after a grade two MCL sprain. You want to look for a tough S.O.B on our team ... we've got a lot of them but Junior Angilau certainly is one of them. Remarkable what he was able to do with the time he had in rehab."