KVUE spoke to the Athletics Directors for both schools. One said the rivalry is needed in college football, while the other said "it's really not a big deal to us." 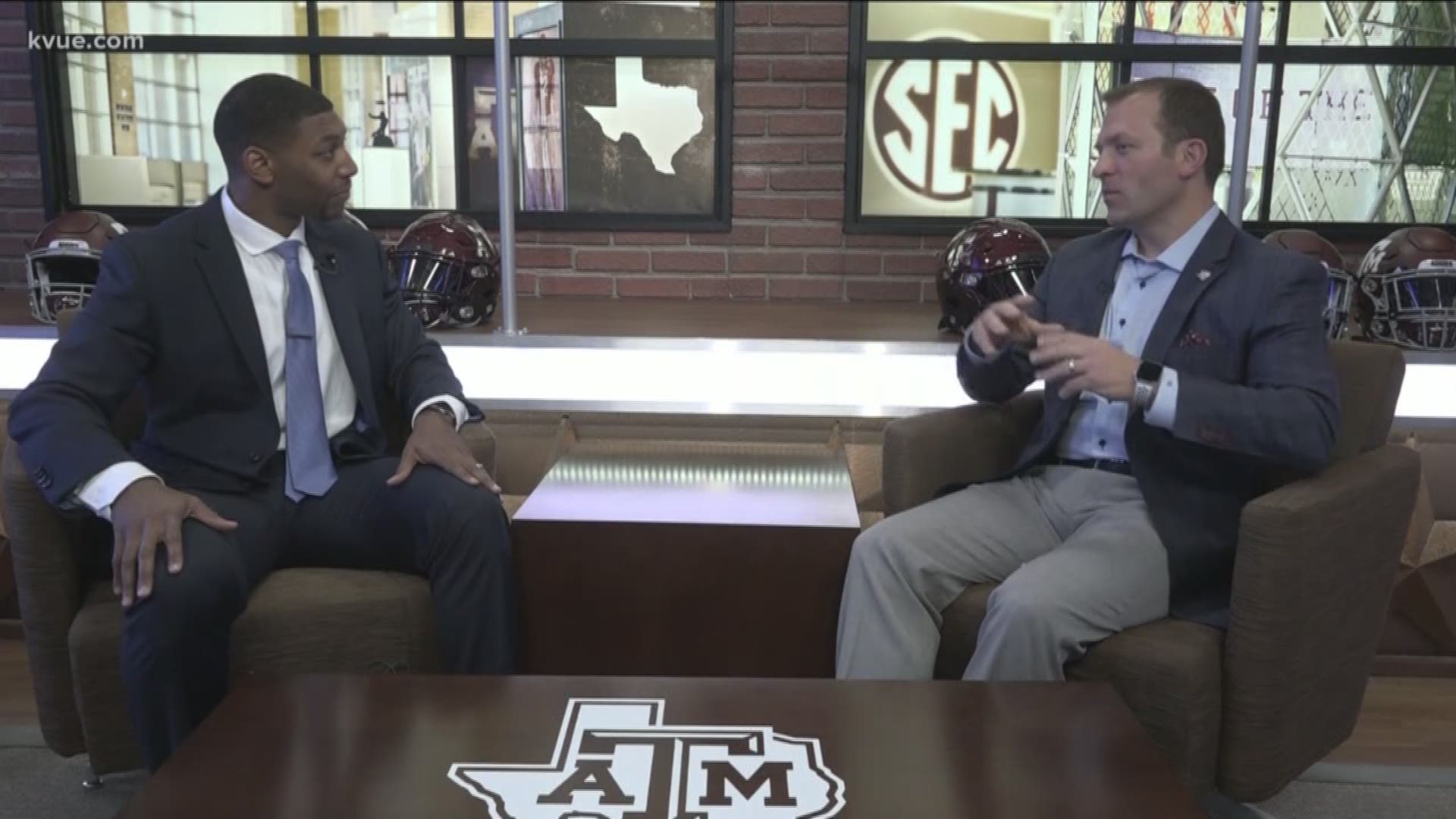 AUSTIN, Texas — It's one of the greatest rivalries in college football history and it no longer exists.

Texas and Texas A&M have not met on the football field since 2011. Former Longhorn Rod Babers said this near decade-long hiatus has actually made the rivalry even more fierce.

"I would say the vitriol has risen to an all-time high because they don't have that outlet to exercise those competitive demons," said Babers.

With that passion for this rivalry growing each season, the questions have swirled about when the Longhorns and Aggies might take the field against one another again.

So KVUE asked those questions to the teams' athletics directors.

Longhorns Athletics Director Chris Del Conte told KVUE "there's a variety of reasons" that the rivalry was put to a halt, but also said "it's not 'if' it's 'when'" concerning the rivalry being renewed one day.

RELATED: Longhorns and Aggies on Texas Bowl collision course? Or could UT be bound for Liberty Bowl?

However, Aggies Athletics Director, Ross Bjork, maintains a less optimistic view on renewing the rivalry. Bjork told KVUE "I've seen a lot of chatter on social media, so it must be a big deal to them, but from our standpoint it's really not a big deal to us, and you know, we've kind of moved on."

If you ask Del Conte, moving on from this rivalry is a mistake that would be felt all across the country.

"College football needs that game. I think the rivalries of Nebraska not playing Oklahoma. I couldn't imagine USC not playing Notre Dame. So you need these types of games, they're good for college football," Del Conte said.

While the UT athletics director is seemingly in-favor of the matchup that many fans want to see, the statement from his counterpart in College Station is that "the Aggies really aren't talking about it."

8-year-old runner honors late grandfather with one shoe and 3.1 miles of determination

Want to save money on groceries? Location could be key.

PETA: Georgia 'must retire Uga immediately' because 'animals are NOT mascots'