'Tom Herman is our coach,' Texas Athletics director confirms after weeks of speculation

Chris Del Conte confirmed Saturday that Tom Herman will keep his job as head coach of the Texas Longhorns. 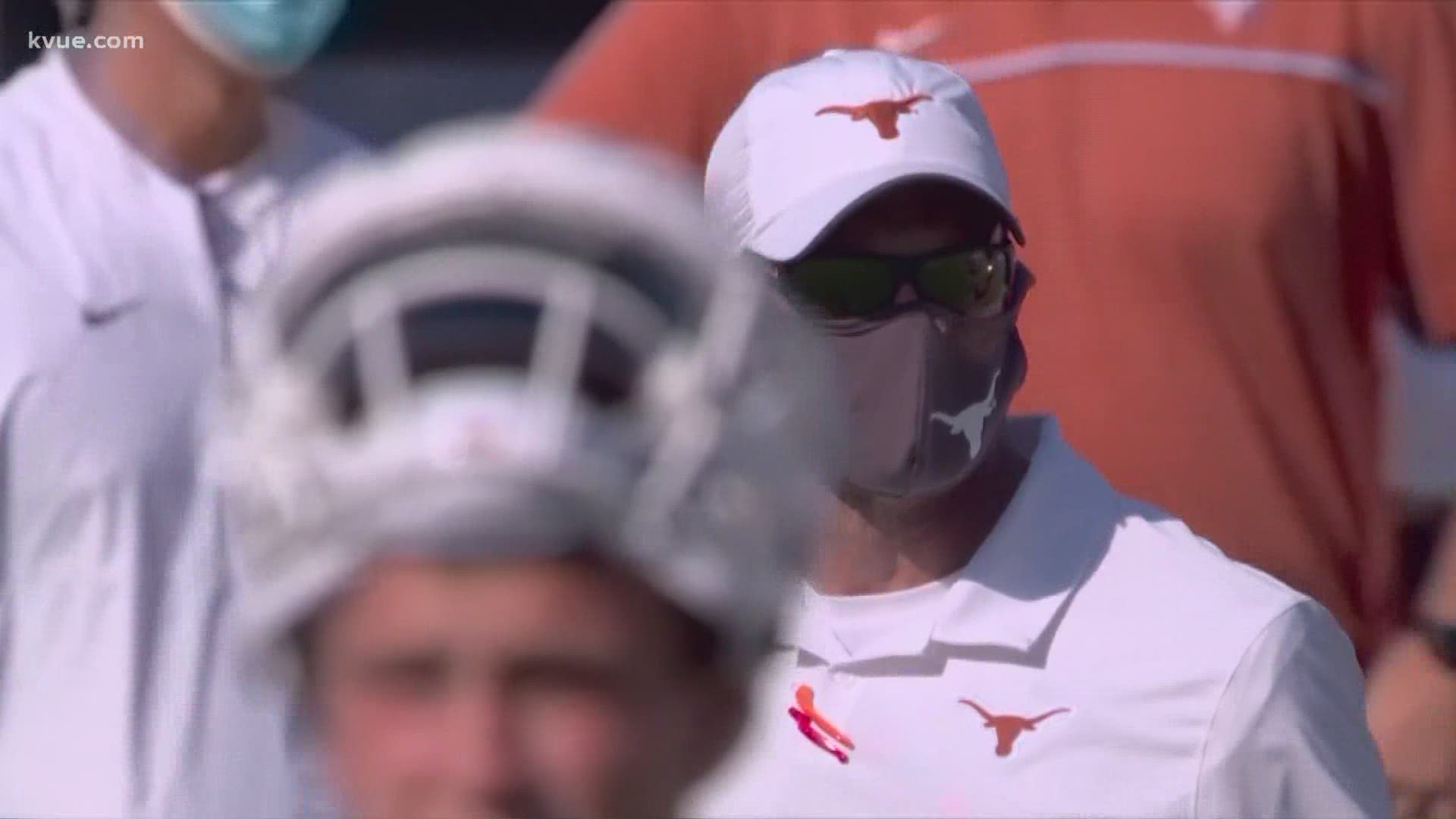 "With the close of the regular season, I want to reiterate that Tom Herman is our coach," Del Conte said in a statement.

Herman's job status has been a topic of conversation for a good chunk of the Longhorns' season, which was scheduled to end Saturday in a game against the Kansas Jayhawks. That game was canceled after COVID-19 spread through the Texas program.

There were rumblings that Herman would be replaced by three-time national champion Urban Meyer, the former head coach of Ohio State. KVUE's partners at the Austin American-Statesman reported last week, however, that Urban had informed school officials he would not be pursuing a head coaching job due to his health.

With Urban off the table, and other coaches around the country with significant contract buyouts, Del Conte decided to stick with Herman.

“I want to reiterate that Tom Herman is our coach.” pic.twitter.com/GLig3oxXDQ

"There's been a lot of speculation about the future of our Football coach. My policy is to wait until the end of the season before evaluating and commenting on our program and coaches. With the close of the regular season, I want to reiterate that Tom Herman is our coach.

When I look at our Football program right now, I see tremendous young men and promising talent. Our student-athletes are developing, and they play their hearts out. This has been an unprecedented year for all of us, and we're all disappointed that we didn't meet our expectations. Like the many fans that follow and support our program, I can't help but think what could have been in 2020. There's still more work to be done, but I'm excited to watch our players and program move forward."

The cost to move on from Herman also likely played a factor in Del Conte's decision.

Herman signed a two-year contract extension after the 2018 season, and Texas would need to pay $15 million to buyout the final three years of his contract, not to mention the guaranteed salaries of Herman's assistants.

Del Conte's double-down was also prompted by early signing day fast approaching. Recruits can ink their commitment as early as Wednesday, and for many of them, clarity was likely needed on the head coaching situation before making their final decision.

The 2021 recruiting class currently ranks No. 17 in the country, while the 2022 class was hurt significantly with the decommitment of 5-star quarterback Quinn Ewers.