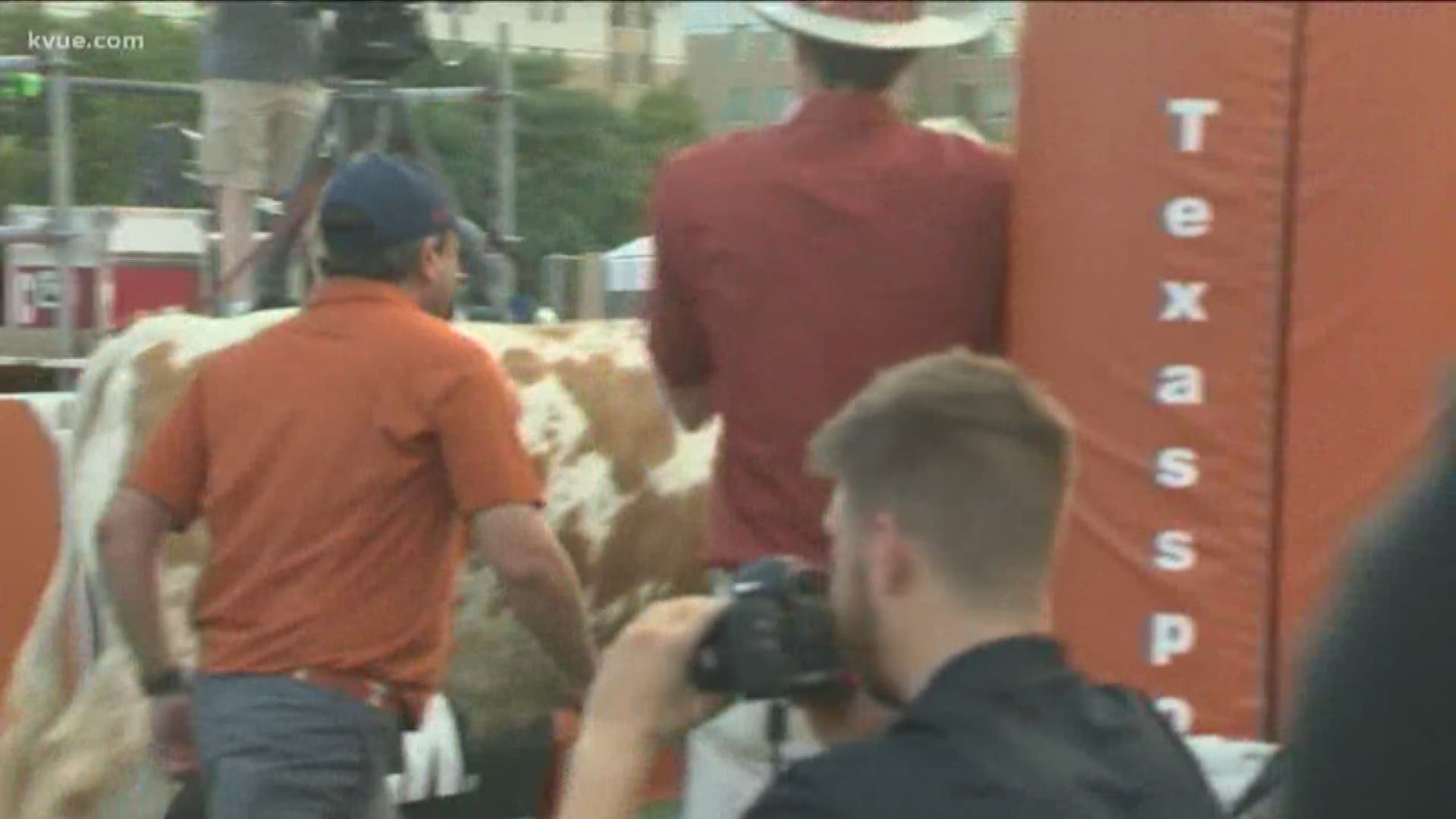 The University of Texas at Austin Athletic Director Chris Del Conte said Friday the Longhorns and Aggies should face off on the gridiron, something they haven’t done since 2011, when Texas A&M University moved to the Southeastern Conference.

“Us not playing A&M is not good for college football,” Del Conte said during a panel at the 2019 Texas Tribune Festival. “It should happen.”

He added that rivalries are beneficial and that the decisions were above his and A&M Athletic Director Ross Bjork’s pay grade.

Lawmakers — and Del Conte — have tried before to revive the rivalry game.

State Rep. Lyle Larson, a San Antonio Republican, filed a bill last November that would require that a nonconference A&M-UT game be scheduled each November. Gov. Greg Abbott even threw his support behind the effort during his February State of the State address, an announcement greeted with cheers. The bill did not pass.

Both UT-Austin President Greg Fenves and A&M President Michael Young told the Austin American-Statesman they support bringing back the rivalry. But efforts seem to be stymied by scheduling conflicts, and an email obtained by The Dallas Morning News shows Young said, "We have no plans to renew the rivalry game at this time for very practical reasons." A UT-Austin webpage also says the university “extended an invitation to Texas A&M to resume their rivalry and play a home-and-home in 2022-23, but the Aggies declined.”

A&M and UT-Austin played each other annually between 1915 and 2011, when A&M left the Big 12 Conference. A&M officials told their UT counterparts then that they could keep playing, but UT declined, A&M System spokesman Laylan Copelin said after the panel.

“The regents and John Sharp visited with Bill Powers, the UT president, to resume the rivalry, and Powers said no,” he said.

A University of Texas/Texas Tribune poll from March found 40% of the state’s voters would like to reestablish an annual football game between the two schools.

Disclosure: The University of Texas at Austin and Texas A&M University have been financial supporters of The Texas Tribune, a nonprofit, nonpartisan news organization that is funded in part by donations from members, foundations and corporate sponsors. Financial supporters play no role in the Tribune's journalism. Find a complete list of them here.