How to listen to the Texas-West Virginia football game 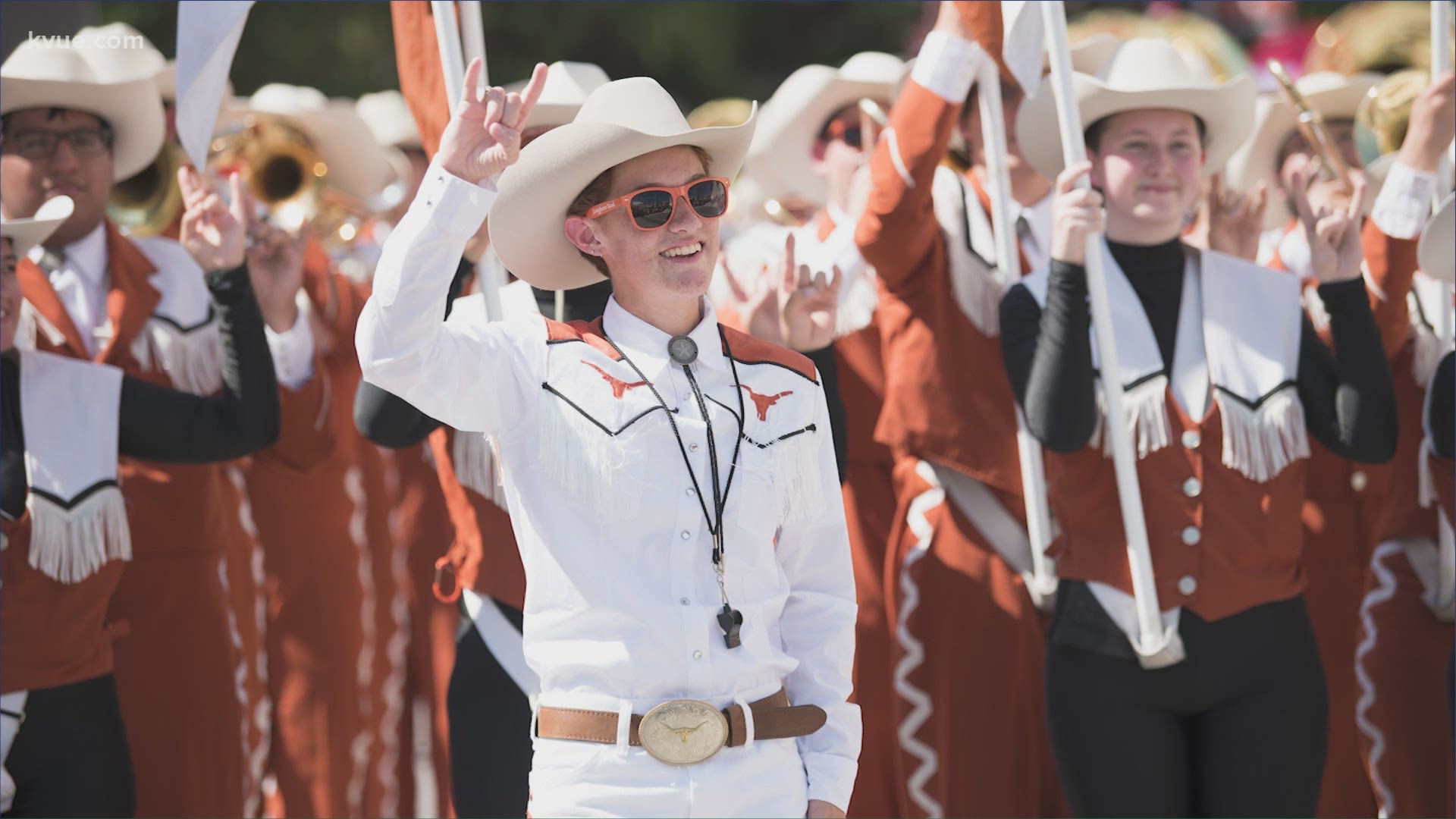 AUSTIN, Texas — Editor's note: For the latest highlights and score updates, click here. Here's how you can watch the game on KVUE.

How to listen to and stream the game:

Everything you need to know

West Virginia comes to Austin as winners of three out of their last four games, including their last game against Kansas State. The Mountaineers beat the Wildcats 37-10 at home.

KVUE Sports will be live from DKR on Saturday morning during KVUE Daybreak to preview the Longhorns matchup. Be sure to tune in!

Throughout the game, KVUE will provide live in-game updates in this story.

The Longhorns will honor veterans in the game against the Mountaineers. Texas Athletics announced on Nov. 3 the game would be the team's annual "Veterans Recognition Football Game." According to UT, every year either on or near Veterans Day, the Longhorns community remembers and shows its appreciation for veterans in a long-standing tradition honoring former Texas students and military members.

The football team played their first game in what was then called Texas Memorial Stadium on Nov. 8, 1924. The UT student body chose the name in honor of the 198,520 Texans who fought in World War I and the 5,280 who lost their lives, according to Texas Athletics.

RELATED: UT band will not play 'Eyes of Texas' during remaining home games

The UT marching band will also be absent from the final two home football games because of a dispute over "The Eyes of Texas" song, officials announced this week.

And be sure to catch the highlight breakdown and full game analysis after the game on KVUE News at 10 p.m.