Houston Texans quarterback Deshaun Watson has not responded to the lawsuits and accusations of sexual assault. 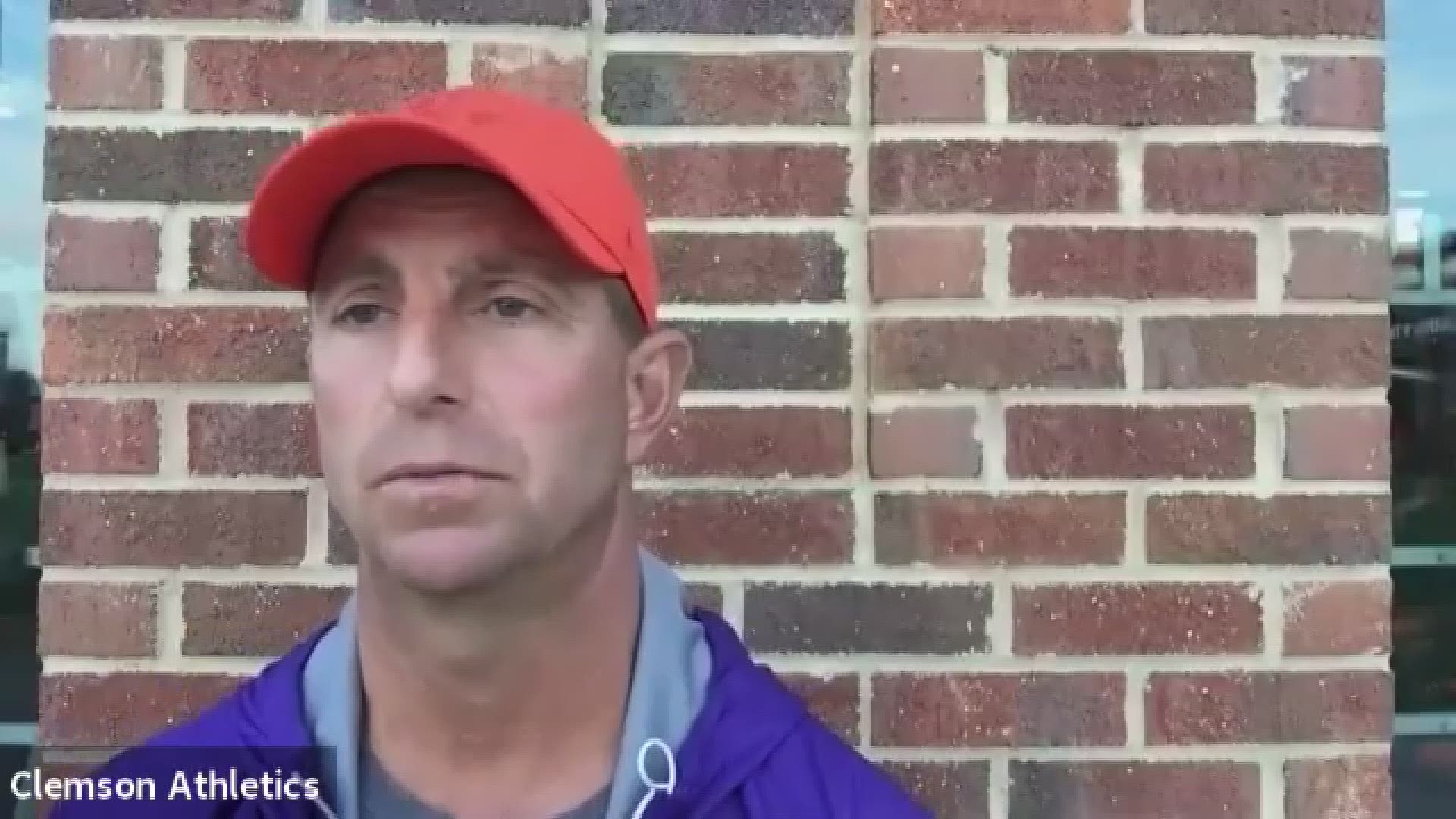 The claims in the latest suit, which was filed late Monday night in a Harris County state district court, are similar to those in the earlier cases in which the women accuse Watson of exposing himself, touching them inappropriately or kissing them against their will while he got a massage.

The most recent lawsuit was filed by a woman who alleges Watson assaulted her in July 2020 in Beverly Hills, California.

Six others lawsuits were filed earlier Monday while the others were filed last week. Watson’s attorney, Rusty Hardin, has called the allegations “meritless.”

"Certainly we were disappointed to see his name in the news and all that’s going on. But look, hey, I love Deshaun Watson. He’s like a son to me. And that’s how I love him," Swinney said.

"As far as all the legal stuff and all that, that’ll all take its course and all that stuff. Certainly can’t speculate or comment on any of that stuff, but all I can tell you is I’ve known Deshaun since the ninth grade...and he’s been nothing but exemplary in every area that I’ve ever known him in. Three years here as a player, I think I had a chance to yell at him one time. He was five minutes late to a team meeting that he overslept for and that’s it. That’s the Deshaun I know and I can only base my thoughts on my experiences with him,which have been just wonderful. Again, I love him like a son and we’ll just have to see where everything else goes from there."