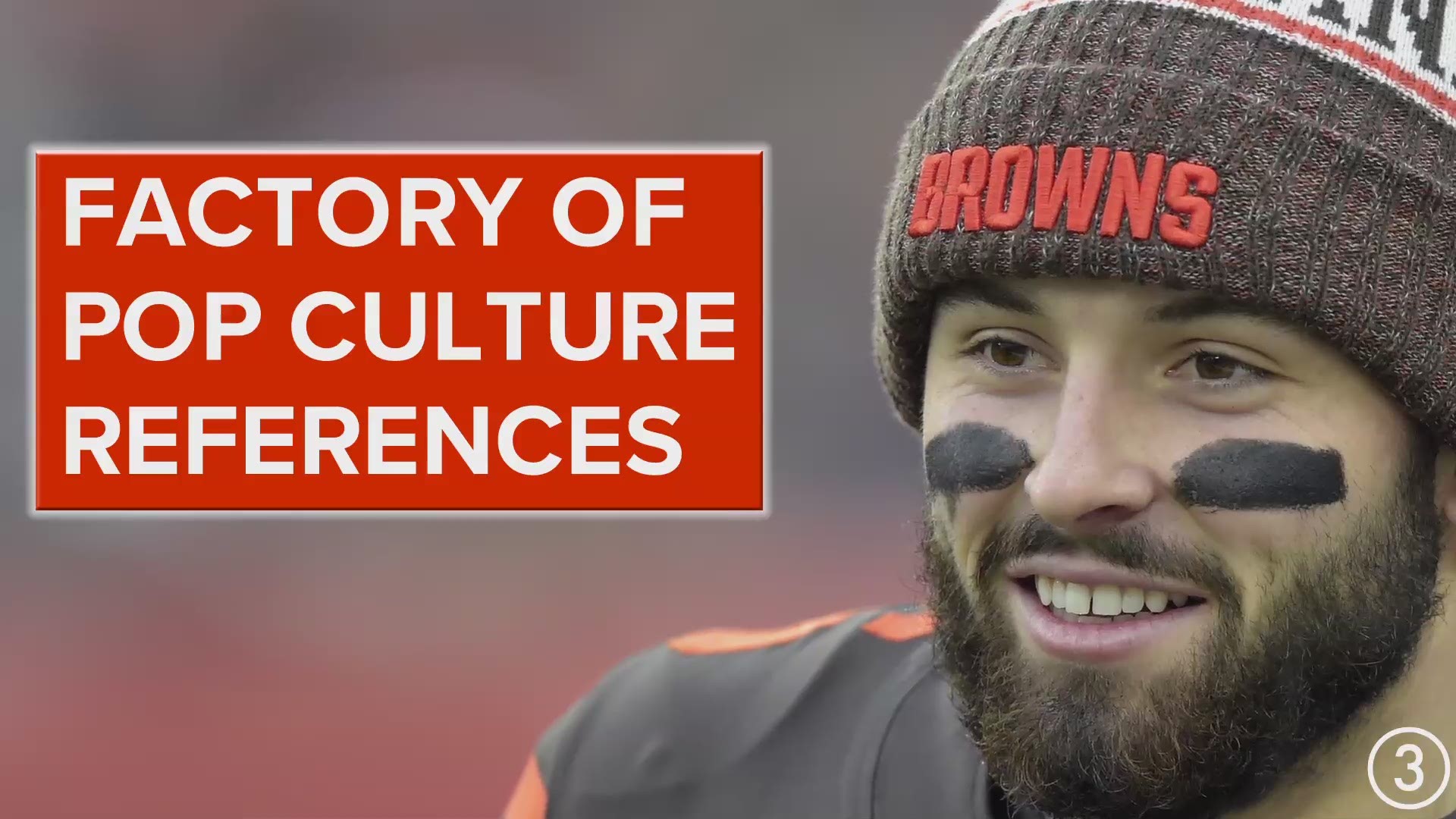 CLEVELAND — Editor's note: you can view every pop culture reference that Mayfield has made in the video player above.

From Ricky Bobby to Lil' Wayne to Snoop Dogg to Ron Swanson and Dwight Schrute from "The Office," Baker Mayfield's postgame interviews this season have often included at least one pop culture reference.

But while the Cleveland Browns quarterback previously feigned ignorance regarding the ongoing gag, he did provide ESPN's Keyshawn Johnson with some insight into the reason for his viral postgame answers.

"There's a thing going on in the QB room that I have to slide in a certain quote or there's a fine," Mayfield revealed to the former NFL wide receiver during the pregame show for the Monday Night Football matchup between the Browns and Baltimore Ravens.

RELATED: Baker Mayfield pop culture references: Every one the Browns QB has made this season

Mayfield's clip-worthy quotes have always come after wins, which is to say, there's been a lot of them. Entering Monday night, Cleveland lays claim to a 9-3 record -- its best mark since the 1994 season.

In facing the 7-5 Ravens, the Browns are looking to solidify their status as the frontrunner for the top AFC Wild Card spot and gain a game on the Pittsburgh Steelers in the AFC North. Baltimore, meanwhile, is fighting for its postseason life, having already been eliminated from contention in the division it won just a season ago.

For all the latest from FirstEnergy Stadium on Monday night, follow our live blog.