Nick Chubb's decision not to score a touchdown in the closing seconds of the Cleveland Browns' win over the Houston Texans was costly for many. 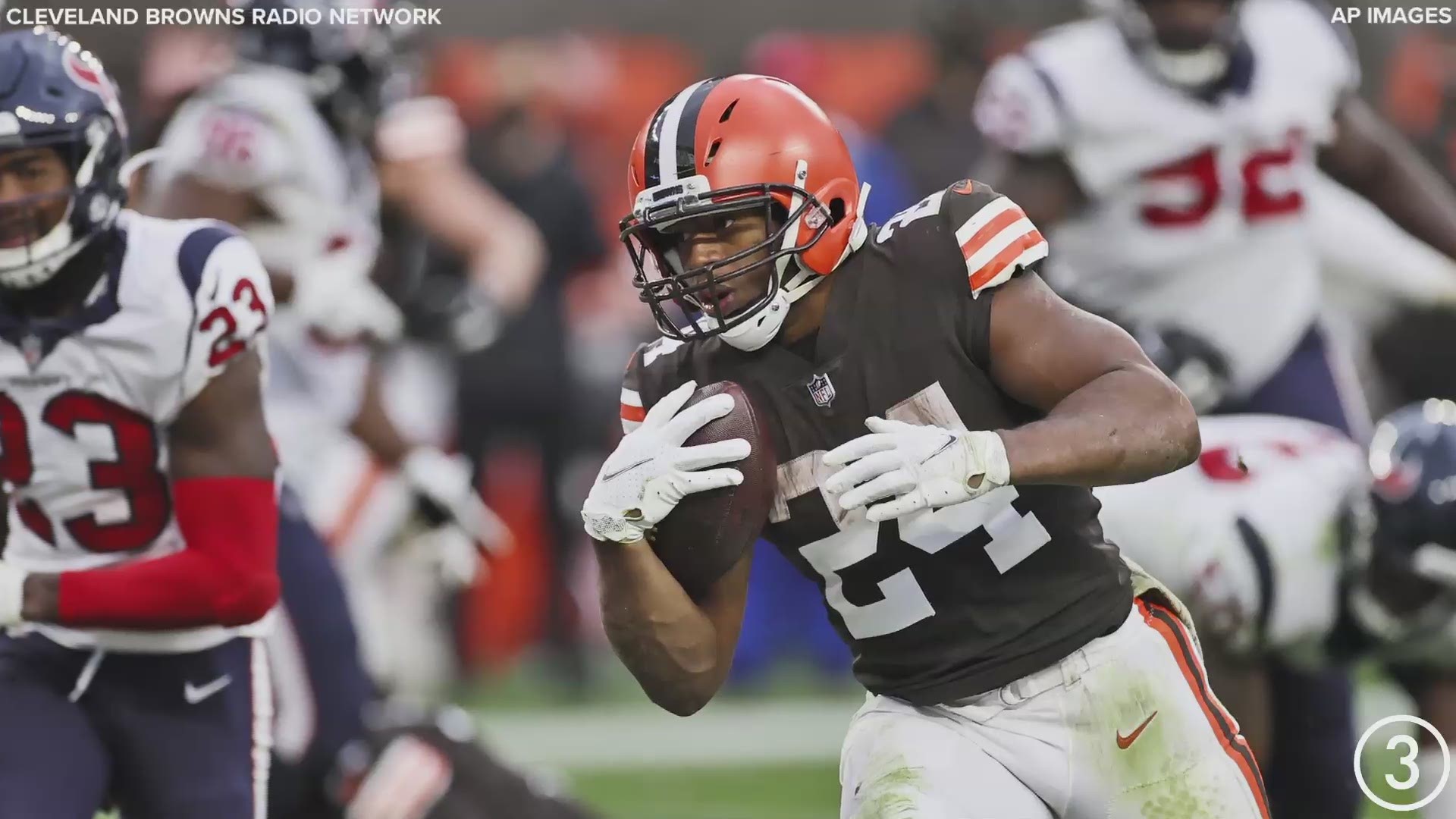 CLEVELAND — After initially opening up as a 2.5-point favorite over the Houston Texans, the Cleveland Browns ultimately entered Sunday's Week 10 matchup favored by 4.5 points.

As it turned out, those extra two points proved costly to many.

With the Browns in possession of the ball while laying claim to a 10-7 lead with 1:07 remaining in the game and the Texans out of timeouts, it appeared inevitable that while Cleveland would win the game, Houston would cover the final spread. That, however, was before Nick Chubb burst down the Texans' sideline on a 3rd and 3, with only grass standing between the Browns star running back and the end zone.

But rather than take the six points -- and give Cleveland the cover with a 17-7 lead -- Chubb opted to step out of bounds at the one-yard line in order to ensure Houston wouldn't ever get the ball back. Two Baker Mayfield kneel-downs later and the game was over; the Browns won 10-7, but the Texans covered the 4.5-point spread.

.@NickChubb21 goes out at the one-yard line to ice it. #Browns

While it's unclear exactly how much money Chubb's non-touchdown swung, suffice to say, it was a costly decision for many. According to the Las-Vegas Review-Journal, one Browns backer had bet $100,000 on Cleveland to cover a four-point spread. Meanwhile, ESPN's David Purdue reported that 89 percent of the money bet on the spread at William Hill sportsbooks was bet on the Browns and that the Texans covering resulted in "a mid-six-figure swing in favor of the house" for BetMGM.

Of course, Chubb's decision not to score also had fantasy football implications -- although it's worth noting that he did total an impressive 126 rushing yards and one touchdown against Houston. But regardless of how costly Chubb not scoring may have been for some, it's clear the 2019 Pro Bowl selection had no regrets about the call.

“I guess I feel bad for that aspect, but we got the W," Chubb answered when asked about the fantasy football impact of his decision. "That is what matters most.”