The three-time Pro Bowl defensive end agreed to a one-year contract with the Browns on Wednesday. 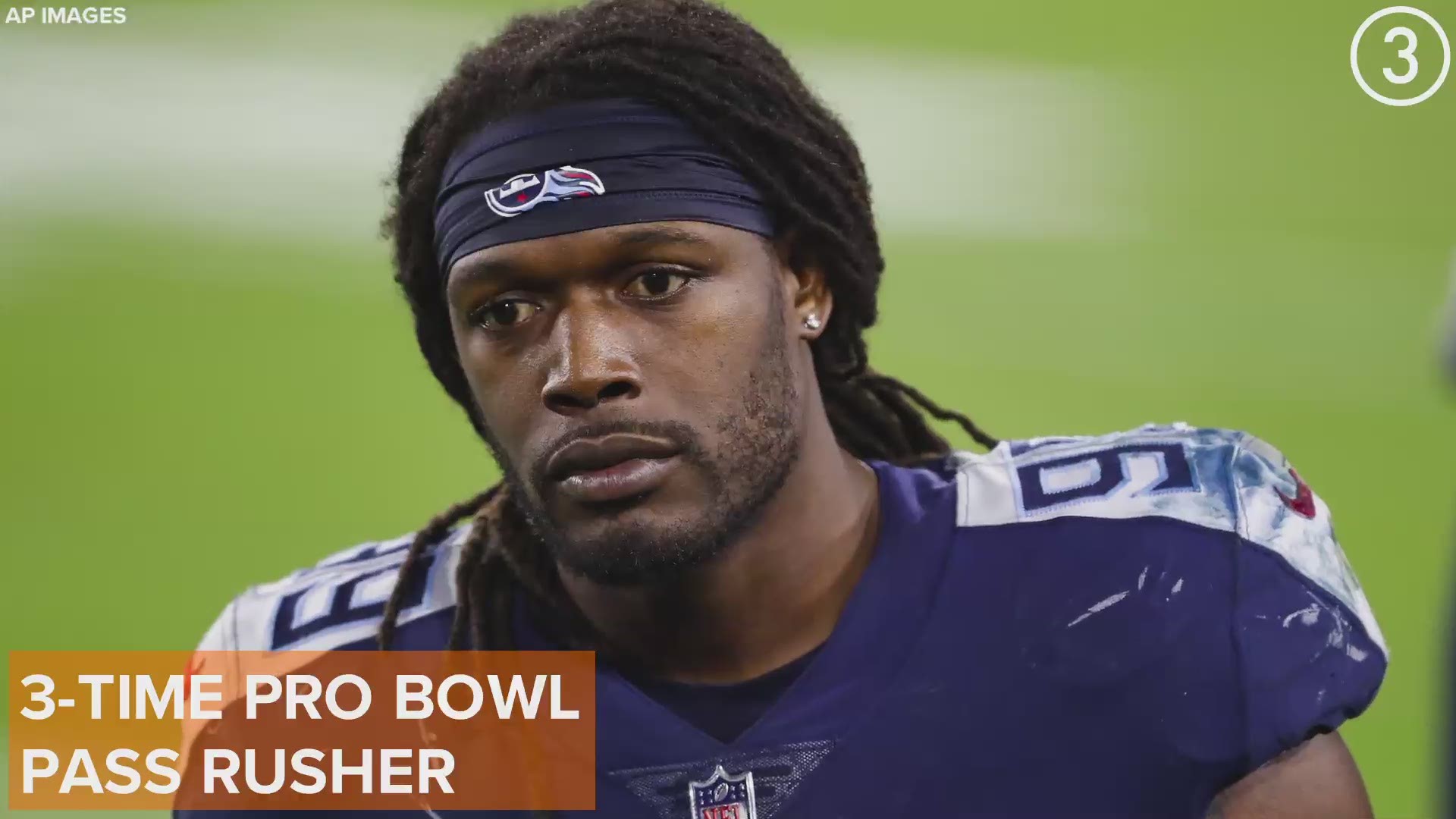 CLEVELAND — The Cleveland Browns made a huge free agency splash on Wednesday, signing defensive end Jadeveon Clowney to a one-year contract. The three-time Pro Bowler will team up with Myles Garrett to form a formidable pass rushing combination this fall.

As Ben Axelrod noted in his profile of Clowney, the 28-year-old has totaled just three sacks in each of the past two seasons and only appeared in eight games during an injury plagued season with the Tennessee Titans in 2020. Regardless of his health issues, Clowney graded as Pro Football Focus’ No. 19 edge defender last season and is considered one of the top run defenders at his position.

So how is social media reacting to the news of Clowney coming to Cleveland? Let's start our look with how the Browns themselves are celebrating the high-profile signing.

How about Baker Mayfield? The signing of Clowney comes on the Browns QB's birthday.

Baker Mayfield weighs in on the Jadeveon Clowney signing pic.twitter.com/8W7SBEkwMY

Meanwhile, here's how the signing is being viewed by members of the media.

From NFL Now on @nflnetwork on the #Browns' visions to use Jadeveon Clowney to increase their versatility up front. pic.twitter.com/sVvw5HJSjZ

Browns are signing Jadeveon Clowney to a one-year deal, per @RapSheet

Where does this duo rank in the NFL?🤔 pic.twitter.com/ULVBigdfLg

The Browns now have the number one pick from 3 drafts in 5 years on their roster:
2014: DE Jadeveon Clowney
2017: DE Myles Garrett
2018: QB Baker Mayfield

Great news for Cleveland, bad news for the rest of the AFC North #PatMcAfeeShowLIVE pic.twitter.com/EOCaaM2VLy

And finally, here's what you had to say!

Big Ben when he sees Myles Garrett and Jadeveon Clowney lined up across the ball #Browns pic.twitter.com/rK1e0kvnF9

The reaction to seeing the Browns sign Jadeveon Clowney to play opposite Myles Garrett... pic.twitter.com/MEhqQuWOCJ

My first impression of @clownejd during this interview is that he is honest. The not being the Rah Rah guy and the part about his family not really liking the idea of Cleveland. He’s not worried about what ppl think. I hope he brings he’s best. Glad to have him.