The second-year player will miss Sunday's game after being placed on the Reserve/COVID-19 list. 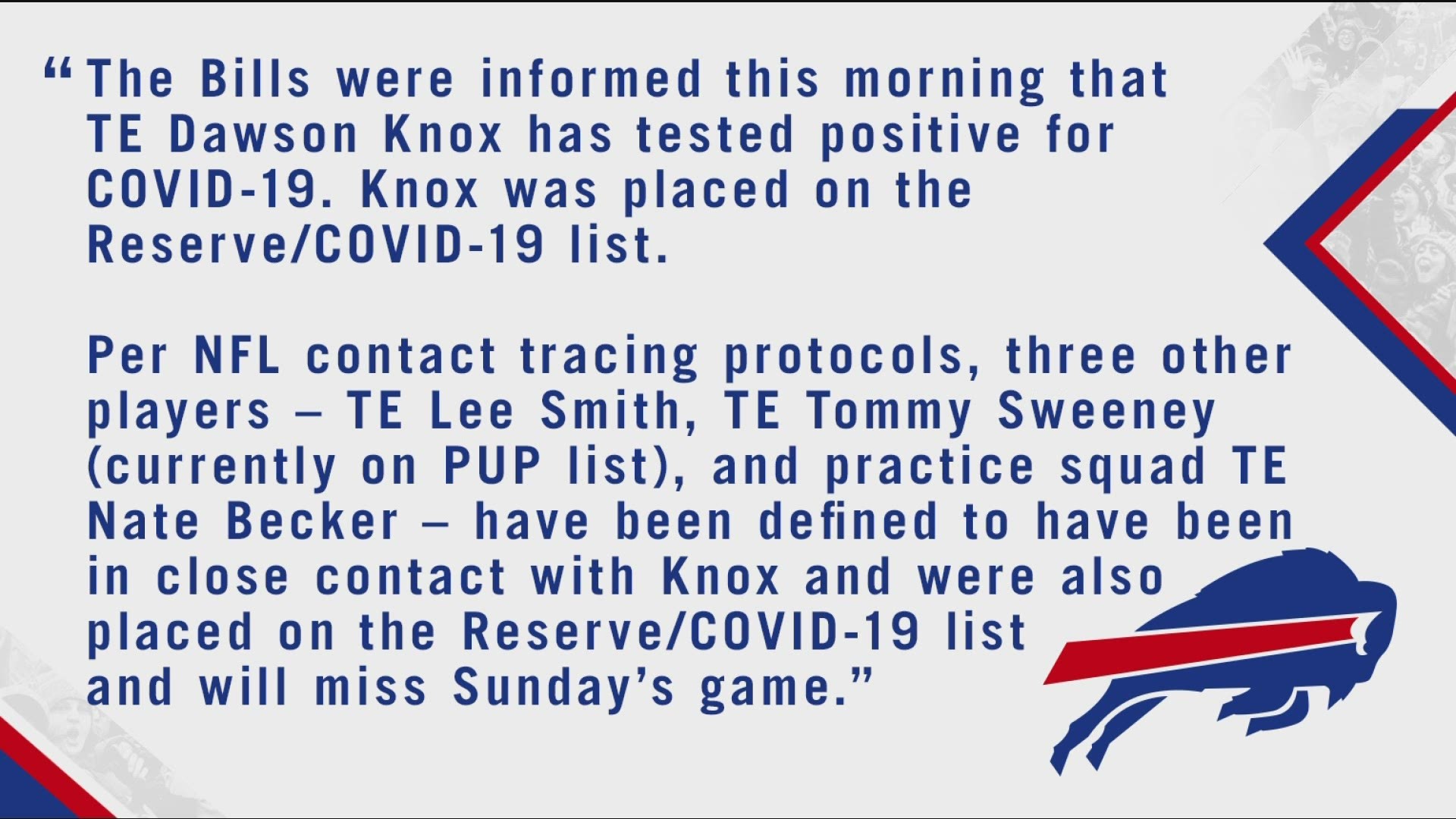 Three other players will also miss Sunday's game against the winless New York Jets because they have been defined as having close contact with Knox. Those players include tight ends Lee Smith, Tommy Sweeney, and Nate Becker.

Sweeney is on the physically unable to perform list, and Becker is currently on the Bills' practice squad.

After the news of Knox's positive COVID test, the Bills then made their way to the airport to fly across the state.

Jackson's promotion from the practice squad is timely, given that the team on Friday announced that veteran cornerback Josh Norman will miss Sunday's game with a hamstring injury.

The Bills do have another cornerback on the practice squad in Lafayette Pitts.