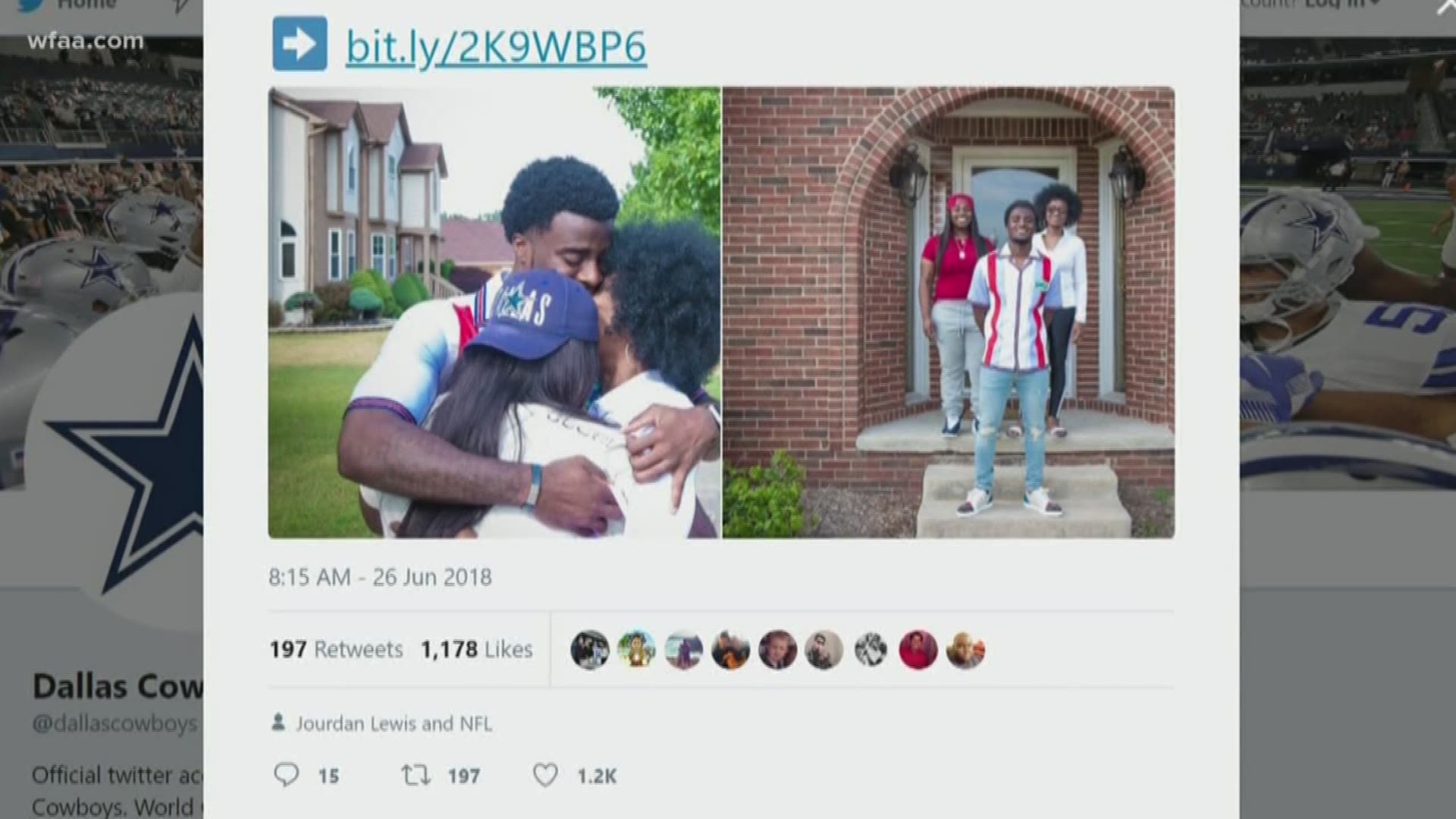 DALLAS — Some positions on the Dallas Cowboys are locked, such as quarterback, running back, and left tackle. Other positions, such as cornerback, are subject to daily battle, and Jourdan Lewis is one of the competitors locked into that struggle.

The 5-10, 195-pound cornerback from Michigan enters his third season with Dallas, and it is much like his first two seasons in that he has to compete for playing time.

"When we drafted Jourdan, we knew he was right on that Mendoza line of being 5-10 and change, the height that you want as a cornerback," coach Jason Garrett told the media Wednesday during the second week of organized team activities.

RELATED: Dallas addresses cornerback in Round 5 with Miami's Michael Jackson

Like every position on the team, the Cowboys profile them physically, looking for ideal height, weight, arm length, hand size, and a lot more when it comes to spotting optimal talent. However, while the Cowboys seek discipline when identifying measurables, they don't want it to cloud their judgement when it comes to evaluating talent outside of the metrics.

"We also knew that he was a really good football player," Garrett said. "Anybody who’s seen him play since he’s been with us recognizes that. We also have good corners throughout our team. So he’s in a competition every day, a battle with good football players for time."

Lewis collected an interception, a pass breakup, two fumble recoveries, and 12 combined tackles in his 15 games for the Cowboys last year, one of which he started. The Detroit Cass Technical product also rushed twice for 12 yards as he filled in for injured receiver Tavon Austin in the offense's "web back" role.

It is that willingness to do what it takes, along with showing up when called upon, that keeps him fresh in the minds of the coaching staff.

Said Garrett: "I think the positive thing about Jourdan is when he’s gotten chances to play, he’s played well. He made impactful plays for us last year, plays on the ball that changed games, helped us win games. So that’s what he’s all about. That’s his nature. Ask his high school coaches up at Cass Tech in Detroit. Ask his coaches at Michigan. They all say the same thing, and that’s what we’ve seen since we’ve gotten him here."

Lewis, a 2017 third-rounder, finds himself in a battle with Chidobe Awuzie, a fellow 2017 draft pick, Anthony Brown, and rookie Michael Jackson for playing time and practice reps. Currently, in early camps, there are reps to go around as Pro Bowl cornerback Byron Jones continues to recover from hip surgery. However, when training camp arrives, the reps could dry up on the River Ridge Playing Fields in Oxnard, California.

If so, Lewis is up for the challenge.

"He’s in a battle," Garrett said. "He’ll compete every day for a spot on this roster for playing time."

Do you foresee Jourdan Lewis getting meaningful snaps at cornerback for the Cowboys in 2019? Share your thoughts on the DBs with Mark on Twitter @therealmarklane.