Cowboys kneel before anthem, lock arms during it

After league-wide protests followed President Trump's comments on anthem protests, the Cowboys have released what they consider a unified statement on the matter. 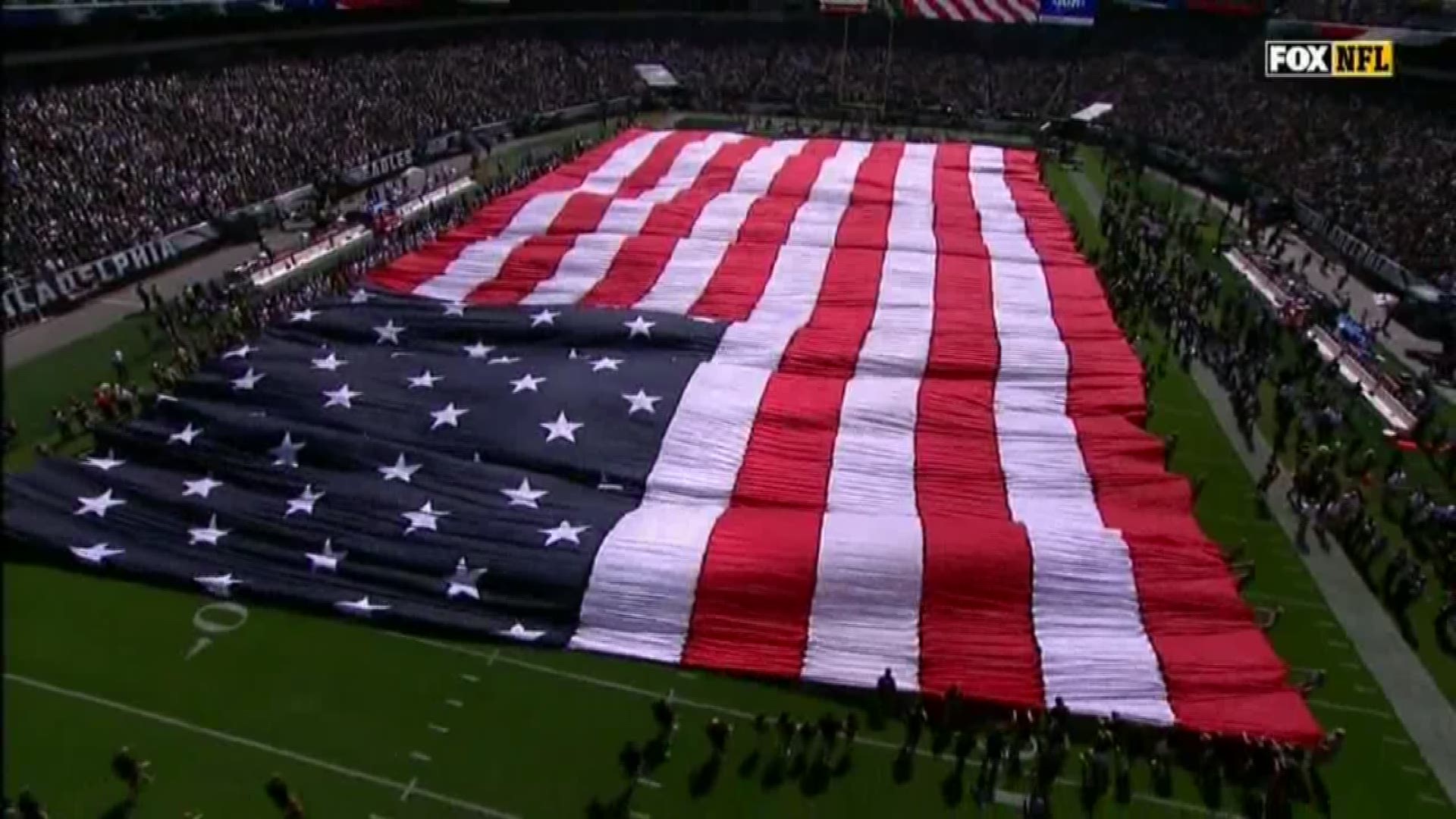 Dallas Cowboys players, along with owner Jerry Jones locked arms during the national anthem before Monday night's game in Arizona.

Before the anthem, the team took a knee together.

The public address announcer at University of Phoenix Stadium addressed the crowd before the anthem, saying Cardinals players would lock arms during the playing of the song.

"Our players, owners and coaches will now meet in the south end zone and lock arms in a sign of unity," he said.

"Fans, we honor our nation's flag and the men and women of our armed forces who have sacrificed so much to protect our freedoms. We invite you to unite as well, and do the same with your fellow fans, regardless of jersey color."

Cowboys players locked arms along their sideline as Jordin Sparks sang the anthem.

Earlier Monday, the Star-Telegram reported that Cowboys players planned to stage some form of protest during the national anthem before the game.

No specific plans were revealed before the game.

“We have to do something,” one player told the Star-Telegram’s Clarence Hill.

“It’s not going to be business as usual,” said another. “[President Trump] crossed a line. Something will be done.”

Trump over the weekend blasted NFL players who protest during the national anthem, saying owners should “fire or suspend” them. He continued the assault Monday morning.

A majority of teams released statements denouncing the president’s comments, and the on-field response across the league Sunday was unprecedented.

Every team had at least one player take part in some form of protest during the anthem. Nineteen teams saw a combination of players kneeling, locking arms or the like. Five more locked arms as a group with no players kneeling.

Three teams -- #Seahawks, #Titans, and #Steelers -- did not come out for the anthem at all.

Entering Monday, no Cowboys player had staged a protest during the national anthem. WFAA confirmed a report from Mike Fisher of 105.3 The Fan that owner Jerry Jones and the team's leadership council, a group of veteran players, were working on a "unified statement" on anthem protests.

Draya Michele, the fiancée of Cowboys cornerback Orlando Scandrick, posted a cryptic message to Snapchat Sunday saying “some players aren’t ‘allowed’ to kneel.” She didn’t provide clarification on the message. Activist Shaun King wrote that players had told him they would be on a "sh*tlist" if they protested.

On Monday, however, Clarence Hill of the Star-Telegram reported that players had not been told not to protest and any report indicating anything else is inaccurate.

Last month, Jones said in a radio interview that he “feels very strongly” about players standing at attention during the anthem.

“Recognizing the flag is a salute to our country and all of the people that have sacrificed so that we have the liberties that we have,” Jones he told 105.3 The Fan. “I feel very strongly that everyone should save that moment for the recognition of the flag and in a positive way.”

It wasn’t the first time Jones voiced an opinion against the anthem protests in the NFL. He commended his players last year for not choosing the anthem as a time to protest.

It should be noted, though, that there is no evidence to support a viral UConservative.net article that claims Jones told players they would be “off the team” if they protested the national anthem. Governor Greg Abbott tweeted a link to the article last month, thanking Jones.