New Cowboys head coach Mike McCarthy's decision to go for it on fourth down backfires. 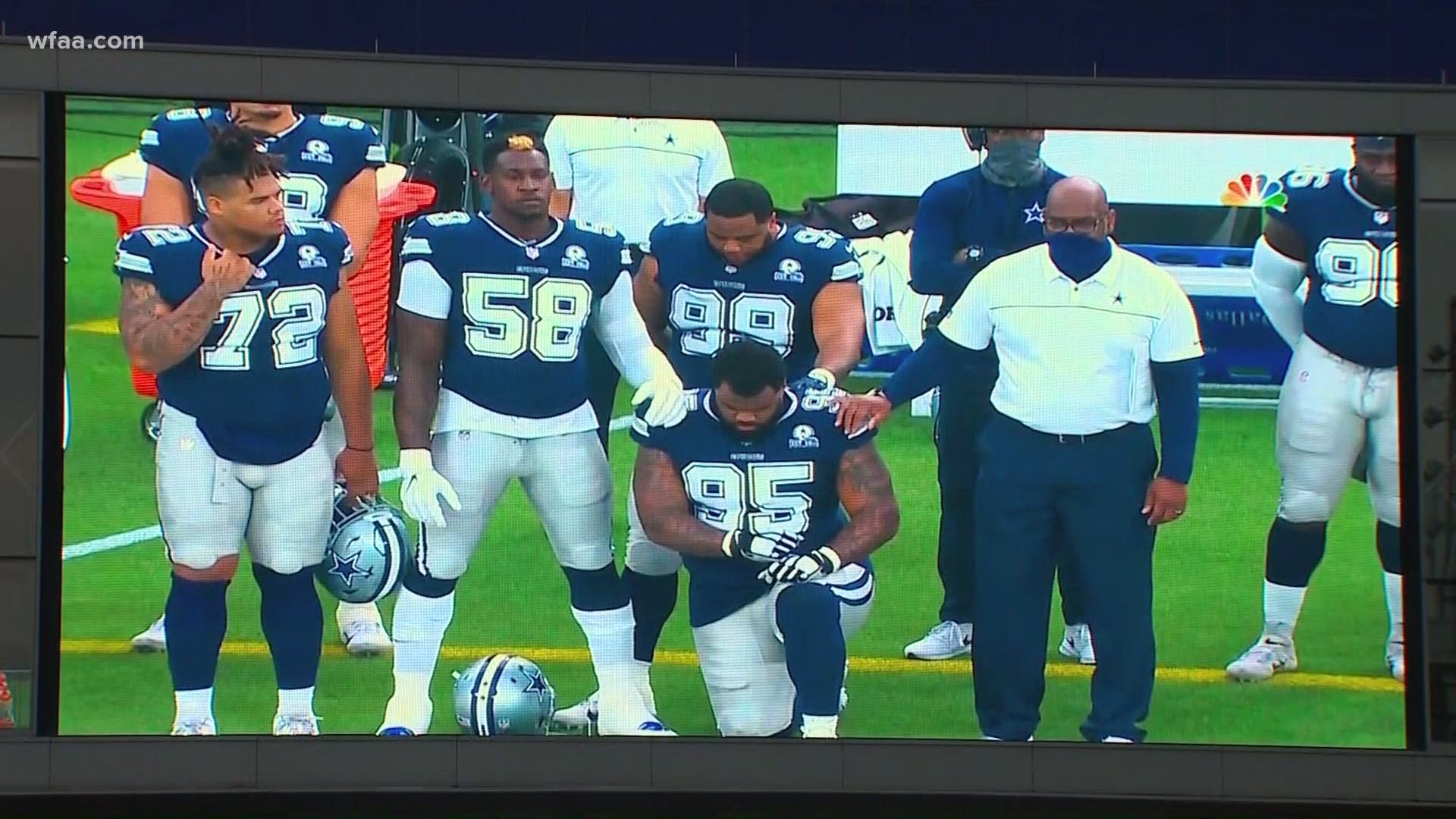 FRISCO, Texas — Whatever honeymoon Mike McCarthy may have had as Cowboys head coach didn’t even last one game.

It ended with a failed fourth-down gamble early in the fourth quarter when McCarthy opted against a chip shot field goal that would have tied the game at 20.

Instead, with 11:46 left in the game on fourth and three, McCarthy made the aggressive call. But Dak Prescott’s pass to rookie receiver CeeDee Lamb ended up one yard short of the first down.

"I just felt really good about how we were moving the football,” said McCarthy. "Give them credit. They made a hell of a play."

Prescott praised his head coach’s aggressiveness, saying, “I think that was a point in the game where we get that first down and we’re able to punch it in the end zone, we’re looking at a whole different ballgame."

"I think it was a momentum change. I loved the play call. We just weren’t able to get it.”

Lamb was critical of his performance overall in his first game in the NFL and took responsibility for the failed fourth-down attempt.

"At the end of the day it’s on me, it’s my responsibility to make that conversion to make that play and I didn’t, so that’s not going to sit with me well at all," Lamb said. "It’s definitely a tough pill to swallow."

And it was a tough outcome for a Cowboys offense stocked with weapons, but unable to fire on all cylinders in its first outing employing McCarthy’s offense.

The Cowboys converted a meager three third downs in 12 attempts and cashed in just two touchdowns on four red-zone trips. There’s plenty of room for improvement.

“You have to trust your players. First time out in a game, I wanted our offensive guys to play wide open," McCarthy said.

"We have that capability. I’ll pull back when I feel like it’s in the best interest of the team. I recognize it was a three-point game. We still had a lot of time left. I just felt like it was a huge momentum play for us at that particular time.”

RELATED: Keys for the Cowboys to beat the Rams in the 2020 season debut

But the momentum never swung back in the Cowboys' favor, so the controversial decision figures to be the topic of the week with doubt being cast the new head coach’s way.