Brees will go down in history as one of the all-time great quarterbacks. 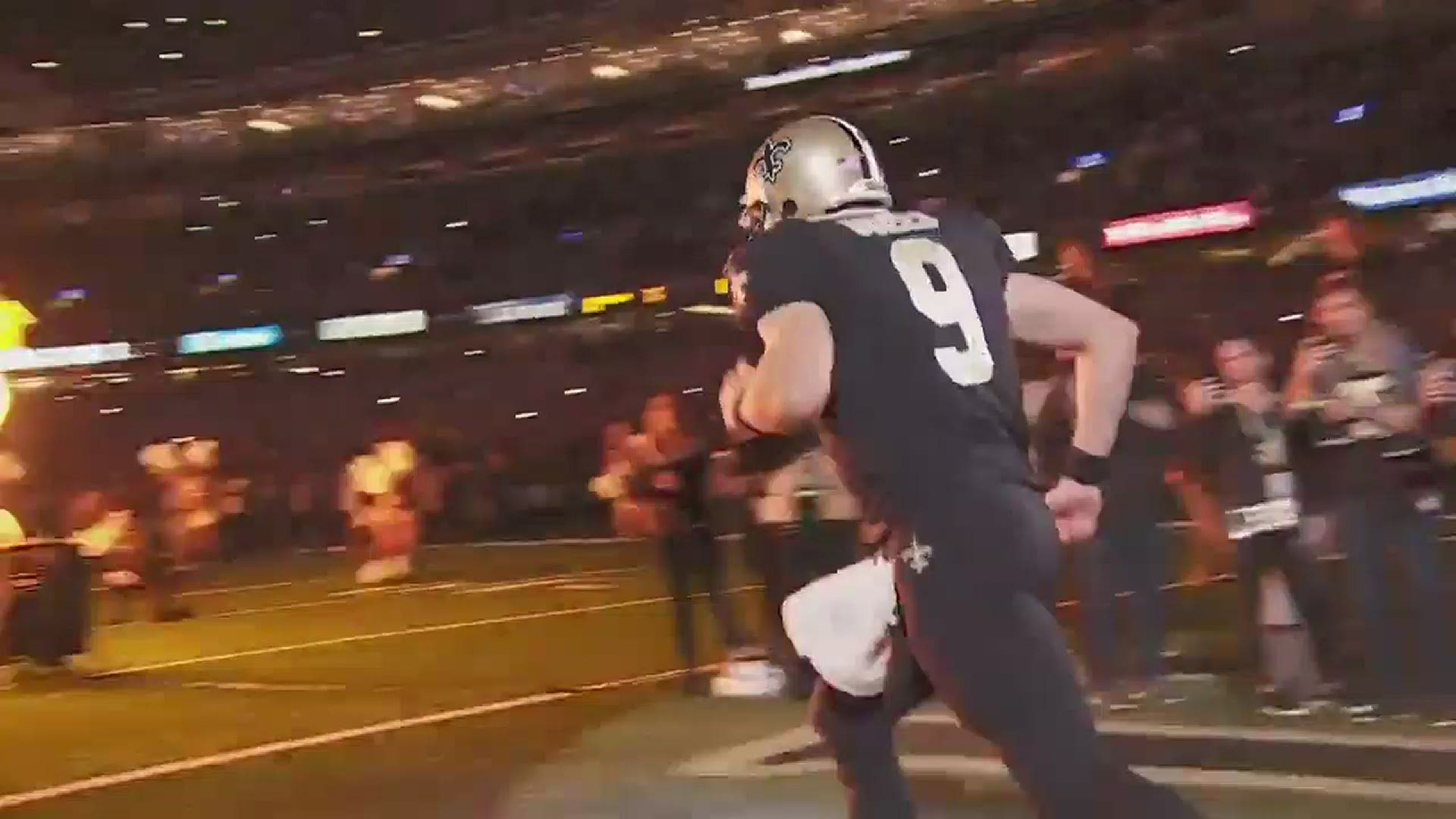 NEW ORLEANS — Drew Brees has officially ended his NFL career after 20 seasons in the League.

Bree's retirement announcement was posted on Instagram just after 4 p.m. on Sunday, March 14, Exactly 15 years after he joined the Saints.

He let his four children deliver the message for him.

"After 15 years with the Saints and 20 years in the NFL, our dad is finally going to retire so he can spend more time with us!" Brees' children cheered.

Brees wrote his own message to his fans next to it, saying that it was time to retire from the game of football.

"Each day, I poured my heart & soul into being your Quarterback. Til the very end, I exhausted myself to give everything I had to the Saints organization, my team, and the great city of New Orleans. ," Brees wrote. "I am only retiring from playing football, I am not retiring from New Orleans. This is not goodbye, rather a new beginning. Now my real life‘s work begins!"

He walks away from football as the leader in regular season passing yards in NFL history and second in touchdowns only behind Tom Brady.

He led the saints to their only Super Bowl championship and he was that games MVP.

RELATED: Who will take Drew Brees' place as Saints Quarterback?

RELATED: What is the next NFL quarterback domino to fall this offseason?

He is a sure fire, no-doubt first ballot hall of famer, one of the greatest players of his era and one of the best players in NFL history.’

This is just part of the mammoth legacy of Drew Brees.

“Drew is so much more valuable than all the records, awards and accolades that he amassed through a 15-year career with the New Orleans Saints and 20-year NFL playing career, one of the greatest in our league’s history,” Saints Owner Gayle Benson said. "We will forever be grateful to him for what he brought to our club and the entire Gulf South community, showing everybody what can be accomplished by putting our sleeves up and showing leadership, determination and hard work."

The former San Diego Charger QB came to New Orleans in the aftermath of Katrina looking to lead his new team to a Super Bowl championship.

After reaching the NFC title game in year one, he took the Saints on an unforgettable run to Miami in the 2009 season, starting that year 13-0, finishing off Arizona in the playoffs, then Brett Favre and the Minnesota Vikings one week later to clinch the team’s first ever NFC Championship and a Super Bowl berth.

“You know, we had a goal and a dream back then and it was to have this opportunity to go and play for a Super Bowl championship,” Brees said the week before winning the Super Bowl. “It feels great.”

After a fun week of work in Miami, Brees and the offense woke up in the second half of Super Bowl 44 and he led the saints on a 4th quarter drive for the go-ahead TD and the two-point conversion that put them up for good.

The Saints hoisted the Vinnce Lombardi trophy for the first time in the clubs history and once again sent fans into the streets to celebrate their team winning it all.

Not long after, Brees would be toasting them as the King of Bacchus.

Leading the Saints through adversity

Brees would take New Orleans back to the playoffs in 2010 and 2011, that year nearly pulling off a thrilling comeback against the 49ers in San Francisco. But the 49ers pulled it out late.

That would be just the first sign of adversity for the saints in the 2012 off season, when Head Coach Sean Payton would face a year-long suspension for his role in the bounty scandal.

In response, Brees helped lead team-only practices on Tulane’s campus to make sure the Saints were prepared, despite the limitations imposed by the NFL.

The Saints struggled to find a new identity from 2014-16, but then the great draft class of 2017 revitalized Drew Brees and the Saints.

Since then, New Orleans has won 49 games and lost just 15. That’s the best record in the NFL over the last four seasons.

Throughout his time in New Orleans, the team’s QB became a leader in the community. His Brees Dream foundation has contributed more than $45 million to charitable causes across the globe.

For 15 seasons, Saints fans watched Brees’ brilliance, which was birthed in a meticulous attention to detail and an unwavering work ethic. He’s a better athlete than he’s given credit for, but he often had his opponent beaten before the ball was snapped.

Before Drew Brees arrived in New Orleans, the Saints had exactly one playoff game in team history. Brees won nine in Black and Gold and 142 regular season games. That’s not only the most wins in Saints history, it’s more than numbers two, three, four and five on the list combined.

He changed how the nation saw the Saints and in many ways how they saw the city of New Orleans. And he leaves the game without a doubt as the single greatest player in Saints history.

RELATED: One Hour-and-Seven Minutes: What Steve Gleason gave us