Gillette Stadium will be at 20% capacity this season, Patriots say

The Patriots say there is still much to be decided and state and local approvals are required before any fans will be allowed in the stadium. 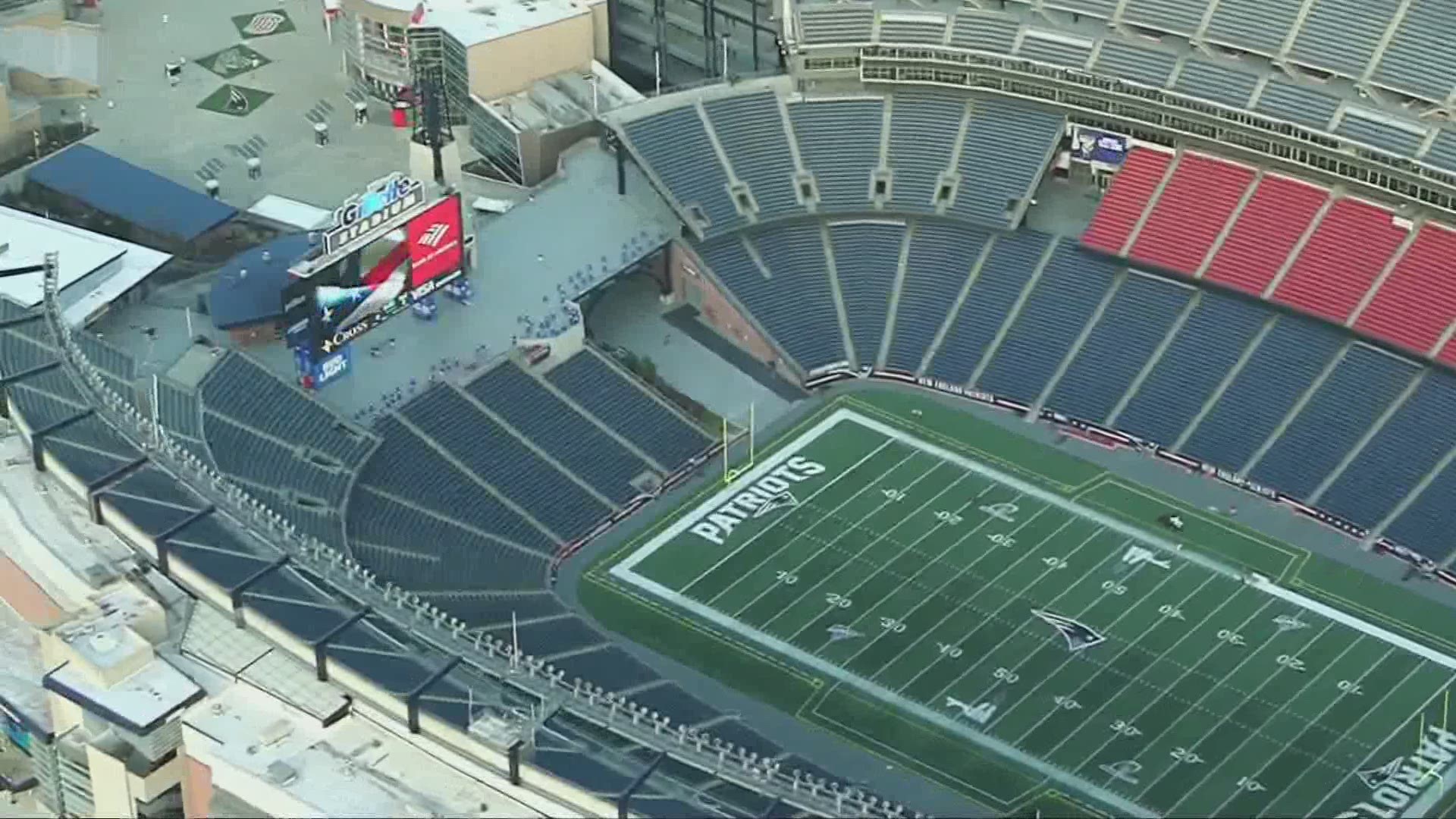 FOXBOROUGH, Mass. — For the first time in 20 seasons, Tom Brady won’t be running onto the field at Gillette Stadium—but that’s not the only thing that will be different in Foxborough. The coronavirus pandemic means changes to almost every aspect of the Sunday spectacle. On Tuesday, the New England Patriots organization revealed its plan for fans at Gillette Stadium this season.

In an announcement, the organization said pending state and local approval and if they’re allowed to have fans in the stands this season, Gillette Stadium will host fans at 20 percent capacity.

“Although game days will look different this year as a result of the many safety precautions being implemented, the Patriots organization is committed to delivering a positive experience for all who attend,” the Patriots said in the announcement.

The Patriots say there is still much to be decided and state and local approvals are required before any fans will be allowed in the stadium.

The organization says season ticket members and those in the Patriots Putnam Club will have the first opportunity to buy individual game tickets if fans end up being allowed this season. Any remaining tickets will go on sale to the general public ones the member process is complete.

RELATED: Newton will keep jersey number 1 as a Patriot