The Carolina Panthers are starting a new era, but a very visible part of an ugly chapter in the team's recent past isn't going anywhere. 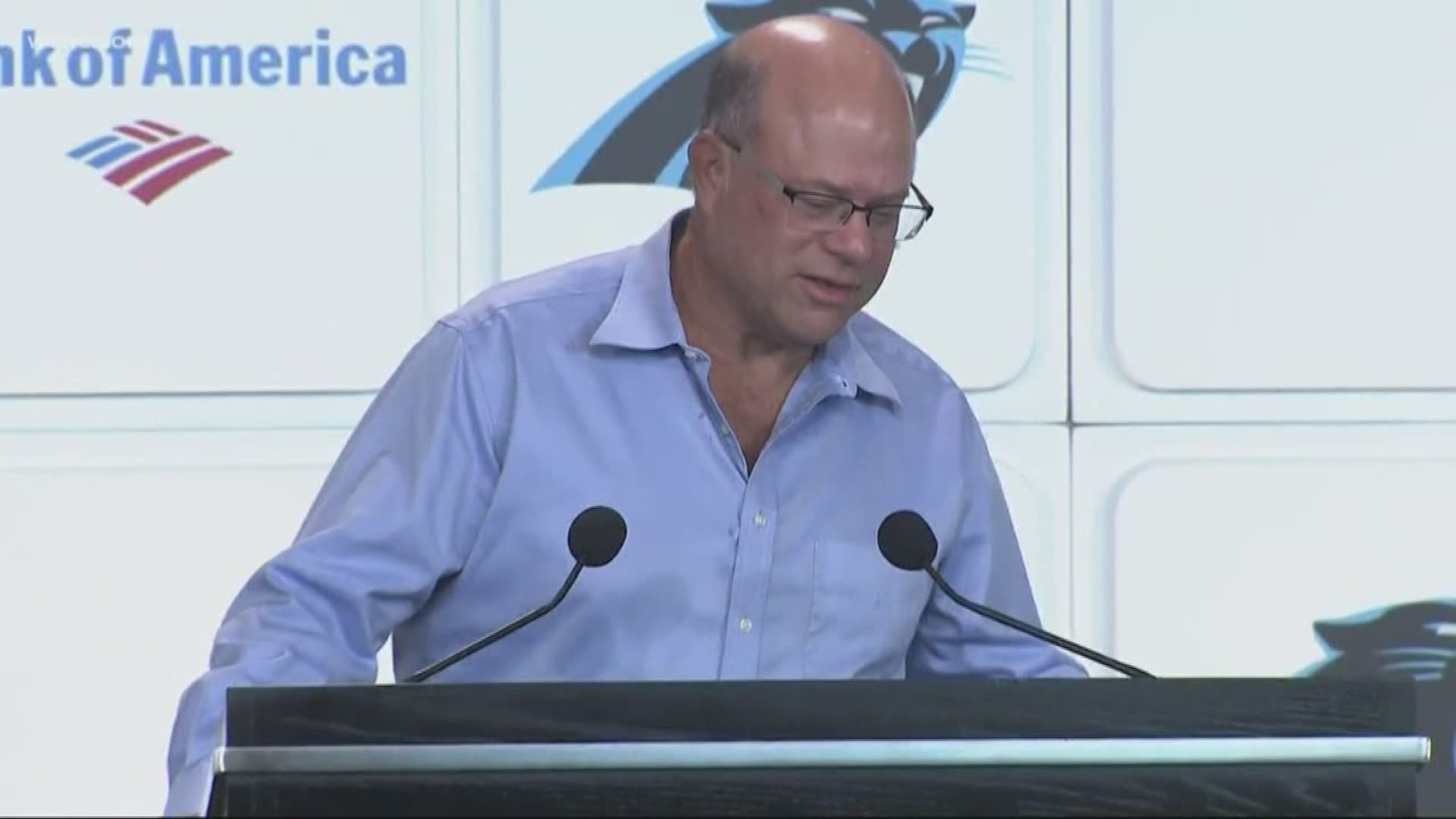 The Carolina Panthers are starting a new era, but a very visible part of an ugly chapter in the team’s recent past isn’t going anywhere.

A 13-foot statue of former owner Jerry Richardson, who founded the franchise and had owned it since its inception as an expansion team in 1995, towers outside of the north gate of Bank of America Stadium in Charlotte. But even though Richardson’s tenure with the franchise ended in disgrace, the statue will not be removed.

“I’m contractually obligated to keep that statue as is,” new owner David Tepper said to close out his introductory press conference Tuesday.

Richardson, who just recently completed the sale of the franchise to Tepper for almost $2.3 billion, was accused of repeated workplace misconduct that included sexual harassment and racist behavior. After Sports Illustrated published the allegations that Richardson announced he would be moving forward with the sale of the team.

The team’s sale became official Monday, and Tepper said he was already eyeing changes to the organization's culture.

“I can’t emphasize enough the openness I plan this organization to have now,” Tepper said Tuesday when asked if he would launch his own investigation. “An openness in the team of this organization. I think there has been an atmosphere where the business side of this organization wasn’t allowed to be a team and there was not able to go up and talk about things. There’s going to be no impediment to that in the future.”

Tepper also said the Panthers will not use non-disclosure agreements to potentially settle any future workplace misconduct issues.

Sign up for WCNC NBC Charlotte’s 5 Things to Know newsletter and get the latest in your inbox each morning!