Watson’s future with the team is in question after 22 women filed lawsuits alleging that he sexually assaulted or harassed them. 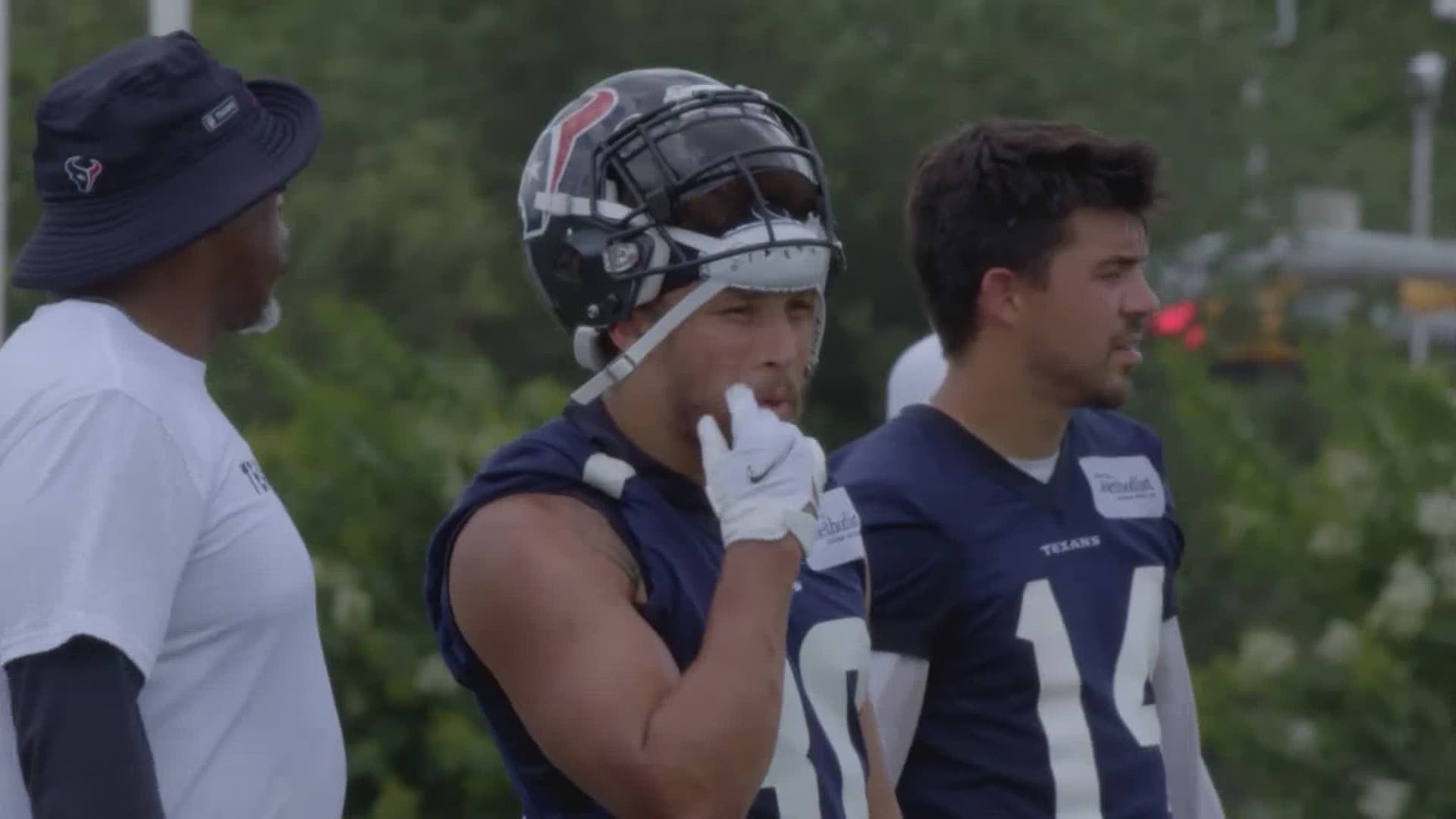 Watson’s future with the team is in question after 22 women filed lawsuits alleging that he sexually assaulted or harassed them.

EDITOR'S NOTE: The video above is from June when Texans held organized teams activities, or OTAs.

His relationship with the team was already tenuous before his legal problems after he requested a trade earlier this year, unhappy with the direction of the team.

With Watson unlikely to play this season, new coach David Culley must use camp to see if Tyrod Taylor or rookie Davis Mills will be the man to replace him.

Five of the team's practices will be open exclusively to season ticket holders.

The practices open to these members include:

The Texans said season ticket holders will be contacted later about claiming tickets for training camp. They said the general public will also have a chance to register for a chance to win limited tickets. For more information on entering, click here.

Extra features of training camp this year include live performances on the Bud Light Stage and appearances from TORO, Texans Cheerleaders and the Deep Steel Thunder Band. Fans will also have a chance to win exclusive prizes and participate in the Fan Zone, Chevron Kids Corner and other interactive Texans games.

From Aug. 1 to Aug. 13, fans will also be able to donate pre-packaged school supplies for elementary, middle and high school students to the Texans School Supply Drive. Fans can donate online here or at any open practice by scanning a special QR Code. Fans who donate online will be entered into a raffle to win two tickets to the Texans’ home opener against the Jacksonville Jaguars on Sept. 12. The school supplies will be donated to the Houston Texans YMCA for distribution to students.

Gates will open to fans one hour prior to training camp practices with lines forming on Murworth Drive. Free parking is available beginning at 6 a.m. south of the Houston Methodist Training Center in the Green Lot off Lantern Point Drive. The NFL Clear Bag Policy will be in effect for all practice sessions open to the public.

Here is a full list of training camp practices: