Haskins traveled with the team last weekend after missing the previous week’s game with a stomach illness. 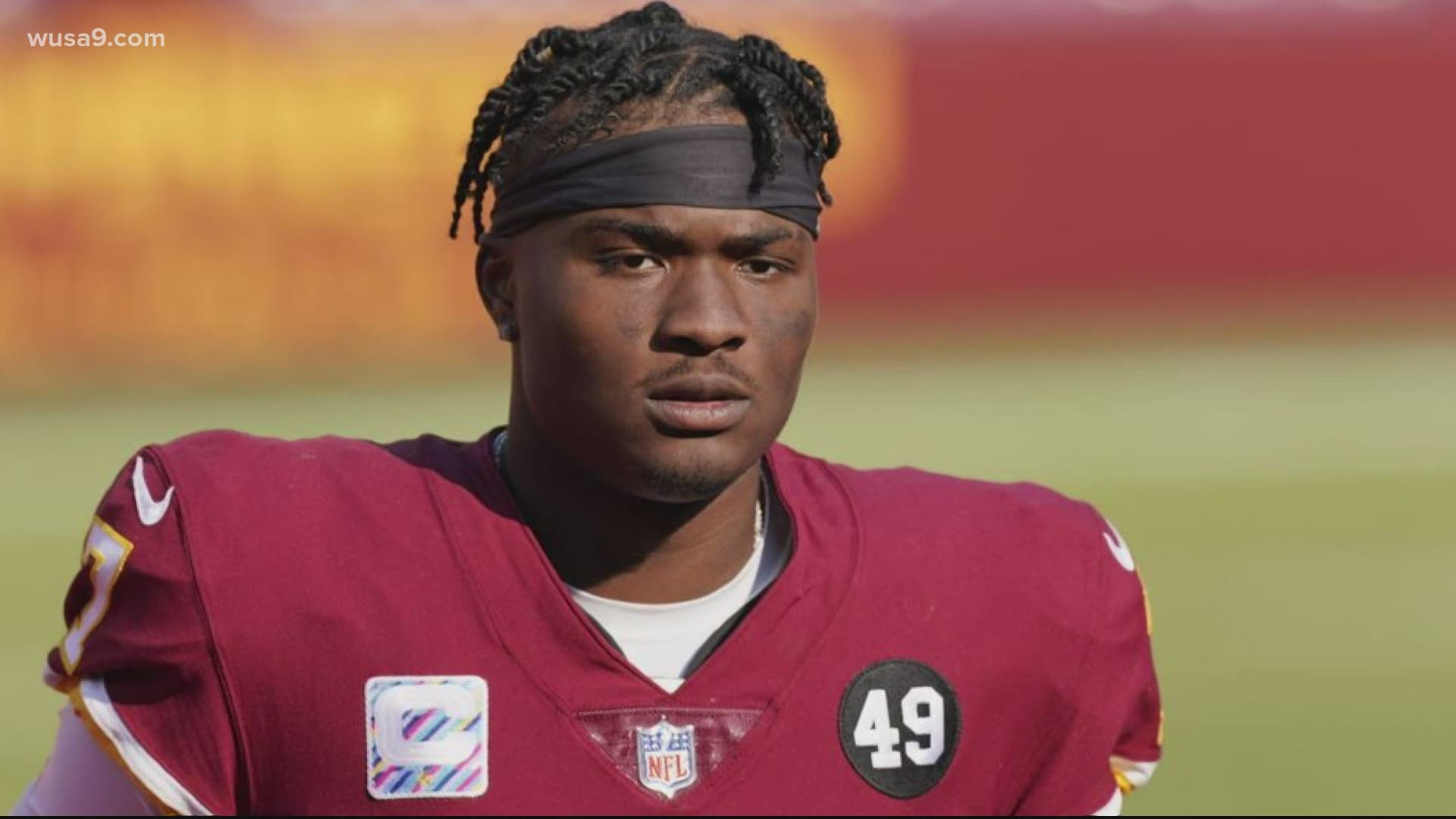 WASHINGTON — Washington quarterback Dwayne Haskins was fined by the team for breaking COVID-19 protocols, according to a person with knowledge of the decision.

The person spoke to The Associated Press on condition of anonymity Friday because the team does not announce internal discipline.

ESPN reported Haskins was fined $4,833 for making a reservation for a family friend at the team hotel last weekend when Washington visited the New York Giants, which is against the rules.

Haskins traveled with the team last weekend after missing the previous week’s game with a stomach illness. The 2019 first-round pick was demoted from starter to third-string after three consecutive losses dropped Washington to 1-3 and has been inactive since.

The 23-year-old has started 11 and appeared in 13 pro games since being selected 15th overall out of Ohio State, where he was only the No. 1 QB for one year. This season he’s 89 of 146 for 939 yards, four touchdowns and three interceptions.

Coach Ron Rivera said he believed Kyle Allen gave Washington a better chance to win than Haskins, who he said needed more time to develop. Rivera pushed Haskins behind Allen and Alex Smith on the depth chart and has not answered questions about the possibility of trading him.