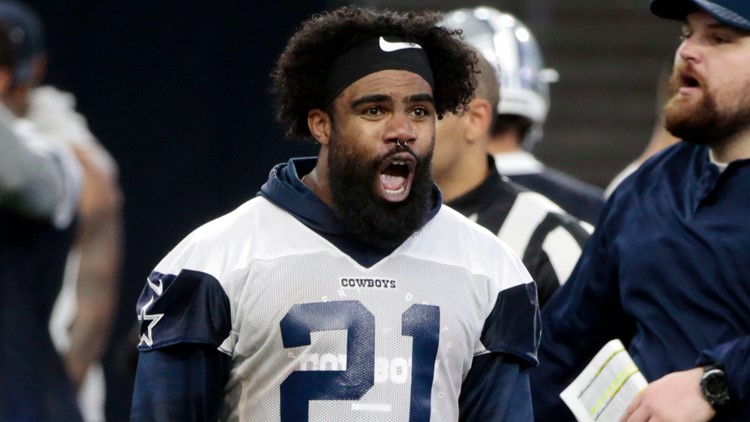 LAS VEGAS — Las Vegas authorities will not pursue charges against Dallas Cowboy's running back Ezekiel Elliott. The incident happened this past May where a video, obtained by TMZ Sports, shows Elliott pushing over a security guard at the Electric Daisy Carnival at Las Vegas Motor Speedway.

TMZ Sports also obtained police documents that state the security guard he pushed in a Las Vegas altercation demanded $500,000 in an attempt to extort Elliott. The documents show that an email was sent to Elliott's attorneys with a complete list of demands from the 19-year-old security guard Kyle Johnson and his father, Kelly Johnson, days after the altercation.

NFL Network's Ian Rapoport broke the story back in July.

The list of demands featured a public apology from Elliott, $25,000 for the junior college football team Johnson played for, a press conference with Elliott and Johnson, and signed jerseys from Zeke, Amari Cooper & Dak Prescott. The father and son also demanded tickets to Cowboys games, Ohio State games and a meet and greet with Jerry Jones and the security guard. The documents also show other demands as well.

Ezekiel Elliot is officially a 'non-report' to Cowboys training camp