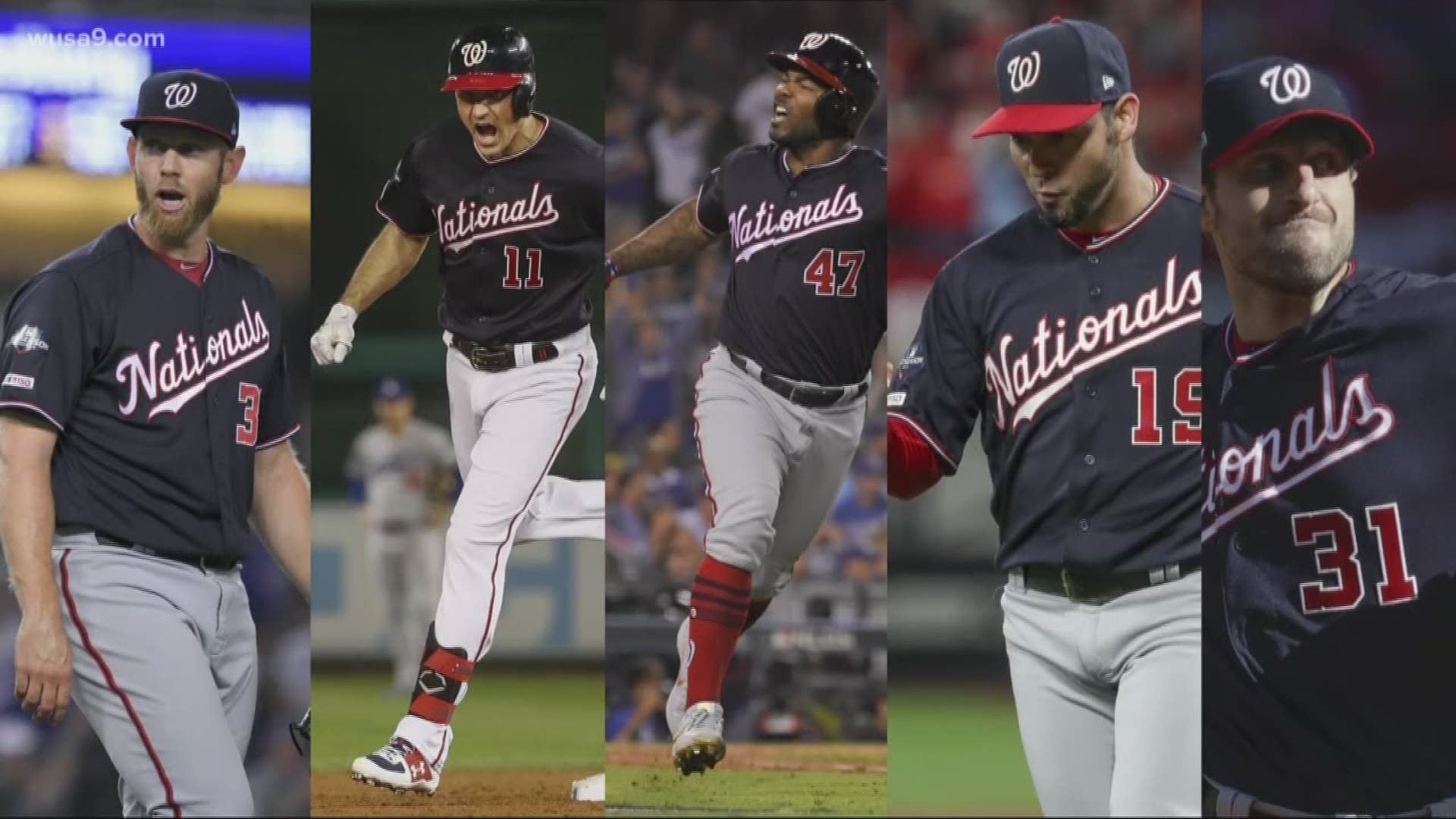 WASHINGTON — The Washington Nationals are only one win away from advancing to the first World Series in Nats history. Game 3 of the best-of-seven series against the St.Louis Cardinals also made Nationals history -- the first NLCS game to ever be hosted at Nats Park, which ended in an 8-1 victory.

The Nats have chosen to wear navy blue jerseys with Nationals in cursive lettering for Game 3,  and for good reason: the team is currently 5-0 in postseason play when they wear them.

RELATED: Nationals crush Cardinals 8-1 at home in Game 3 of NLCS 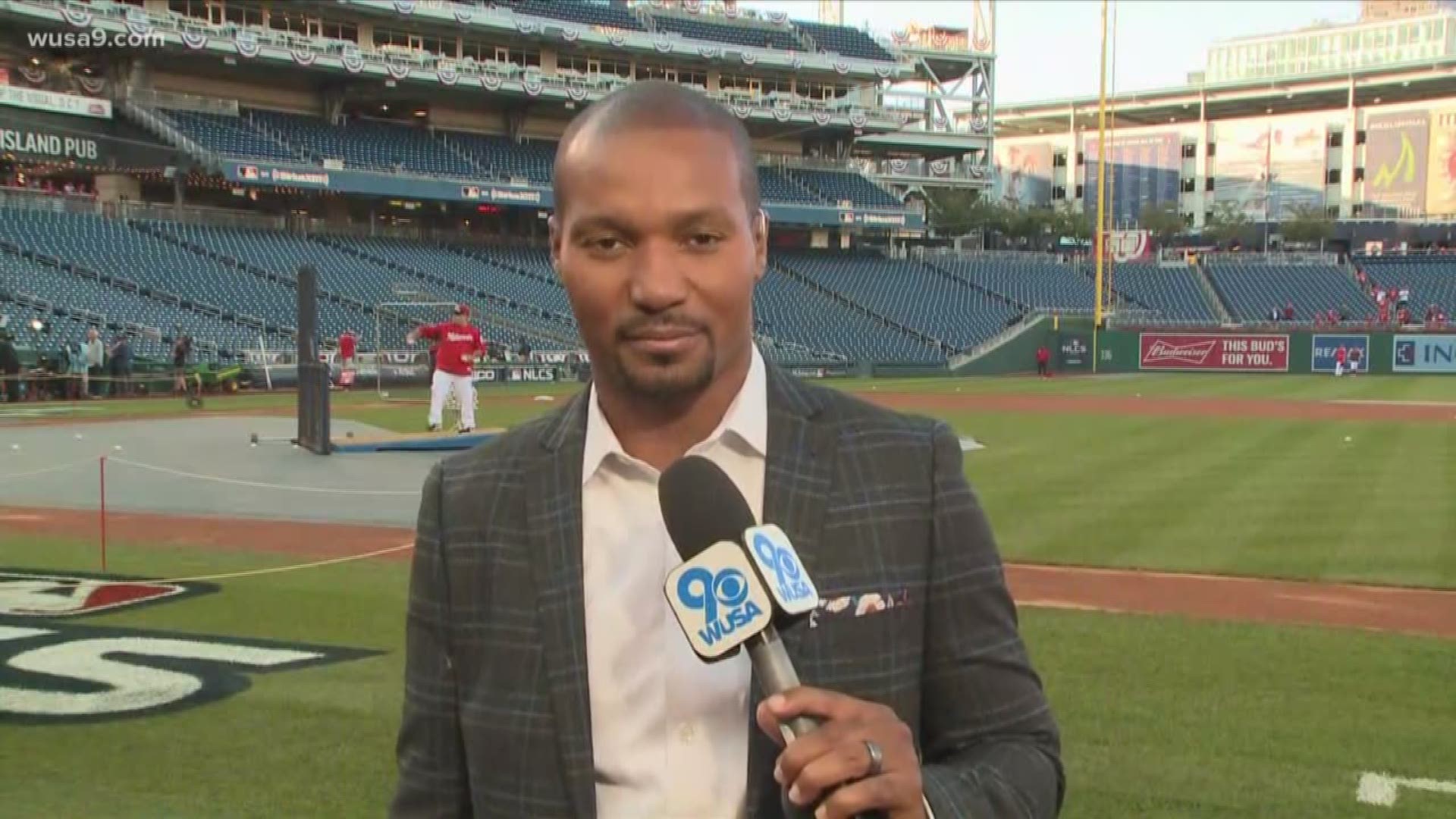 The team is also 3-0 when pitcher Stephen Strasburg appears on the mound.

"The games we've had at home so far have been really good, a lot of people and a lot of noise. That's why you play, for the energy in the stadium," Trea Turner said.

Reporter Eric Flack got to hear from those fans bringing that noise and the energy before the game.

Some were lifelong fans. One family had been rooting for Washington's baseball team since they were the Senators. One even drove 16 hours to see the game live.

Flack also heard from fans with divided loyalties, some with heartwarming father-son stories.

"I got choked up when I told him I was taking him," one father told Flack outside the line for security. "Bringing him here to Game 3 at home, it's all I can do to keep the tears back. It's awesome." 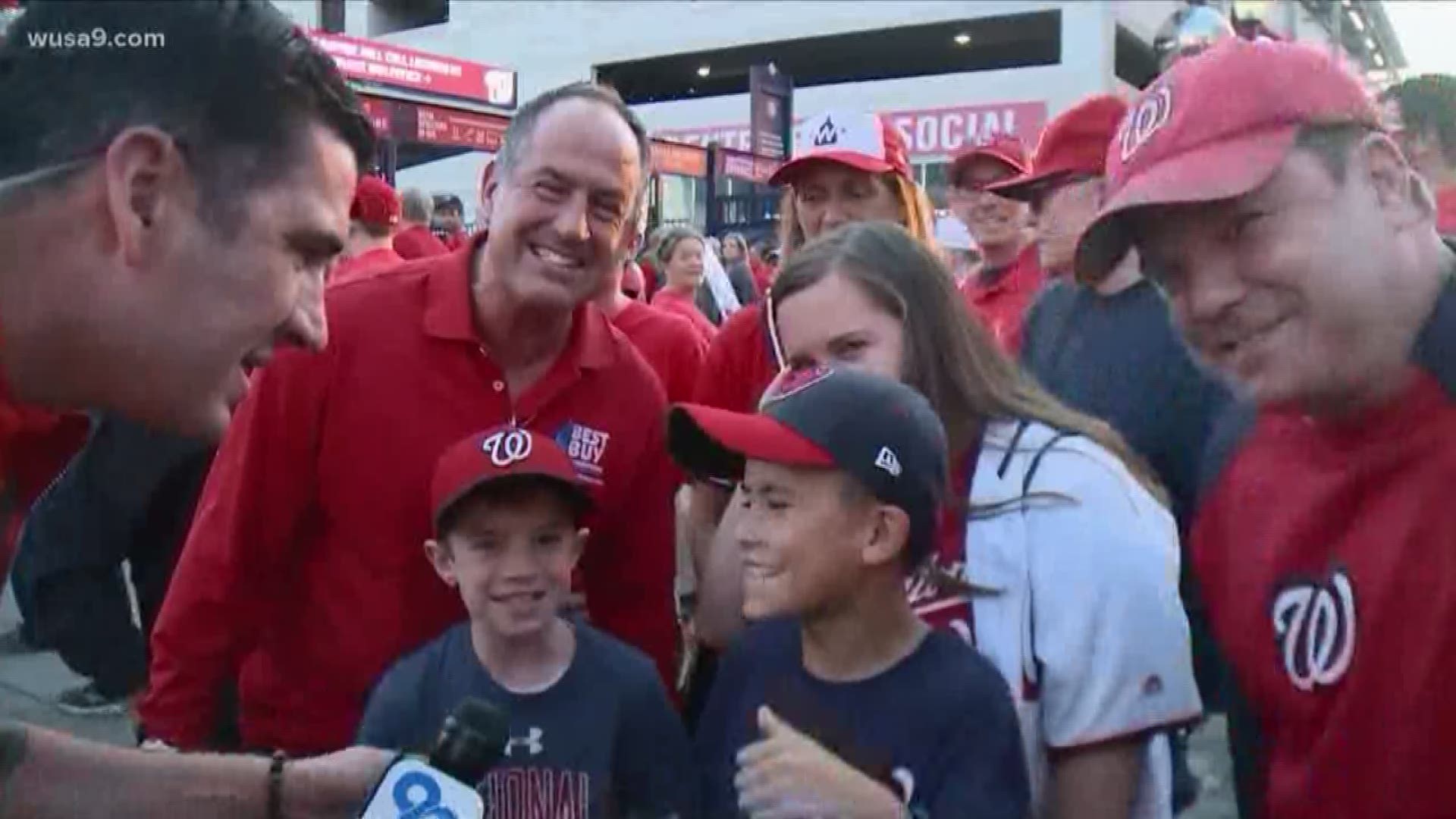 That excitement only continued from inside the park, where fans rocked a sea of red as they waited, some wearing creative jerseys and signs.

After strong performances in the third inning from Anthony Rendon, Adam Eaton, and Howie Kendrick, the team had a 4-0 lead. Fans were quick on their feet with towels waving, Nationals monitors displaying "This is Howie Do It" in huge block letters.

The Nationals ended with an 8-1 win against the Cardinals, and the cheers inside and outside Nats Park seemed to echo the enthusiasm.