There are many returners for the Lady Steers next season. 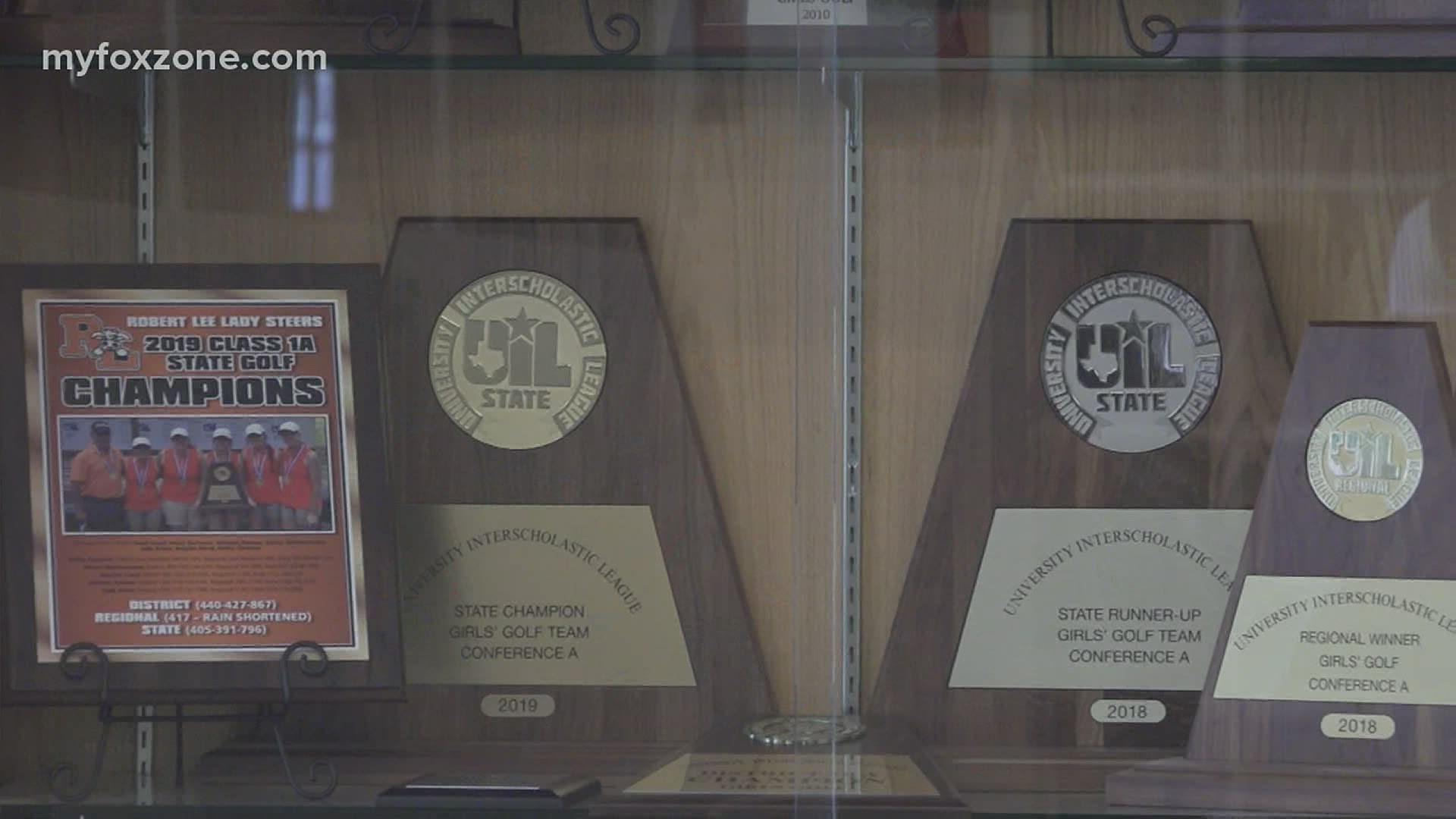 The Lady Steers were the underdogs heading into the tournament since Eula beat them for the Region 1A title this season, but Robert Lee prevailed. Head coach Kerry Gartman expressed his thoughts on the bittersweet moment.

“It feels really good," Gartman said. "Both years were a little different, I felt like we were kind of the favorites the first time we won it. We had finished second the year before, so we're going back with the goal in mind to win it.”

The Lady Steers shot 424 Monday and 221 Tuesday finishing off at 645. The Eula Lady Pirates were one shot shy with 646 after Robert Lee stopped through nine holes. Senior Jade Arens led the Lady Steers with a 153 and she’s satisfied with her four-year career.

“I was pretty confident thinking that we were going to go ahead and take the second state victory," Arens said. "Knowing that we finally got it, I feel good just knowing that I can graduate from a winning state two years in a row.”

With back-to-back titles for the Lady Steers, Gartman said the team is losing one player and returning five. There’s plenty of depth on the roster, which enables tight competition during the offseason.

“Two of our players from the state team in 2019 were constantly going back and forth," Gartman said. "One would play better one time and the other would play better the next. This makes it competitive within our team which is good, but that makes us better.”

Gartman encourages the underclassmen to play a lot of golf over the summer for improvement and a quest for a third straight title.