The Rangers' Triple-A club was in Nashville the last two years while the Astros' club took over Round Rock Express. 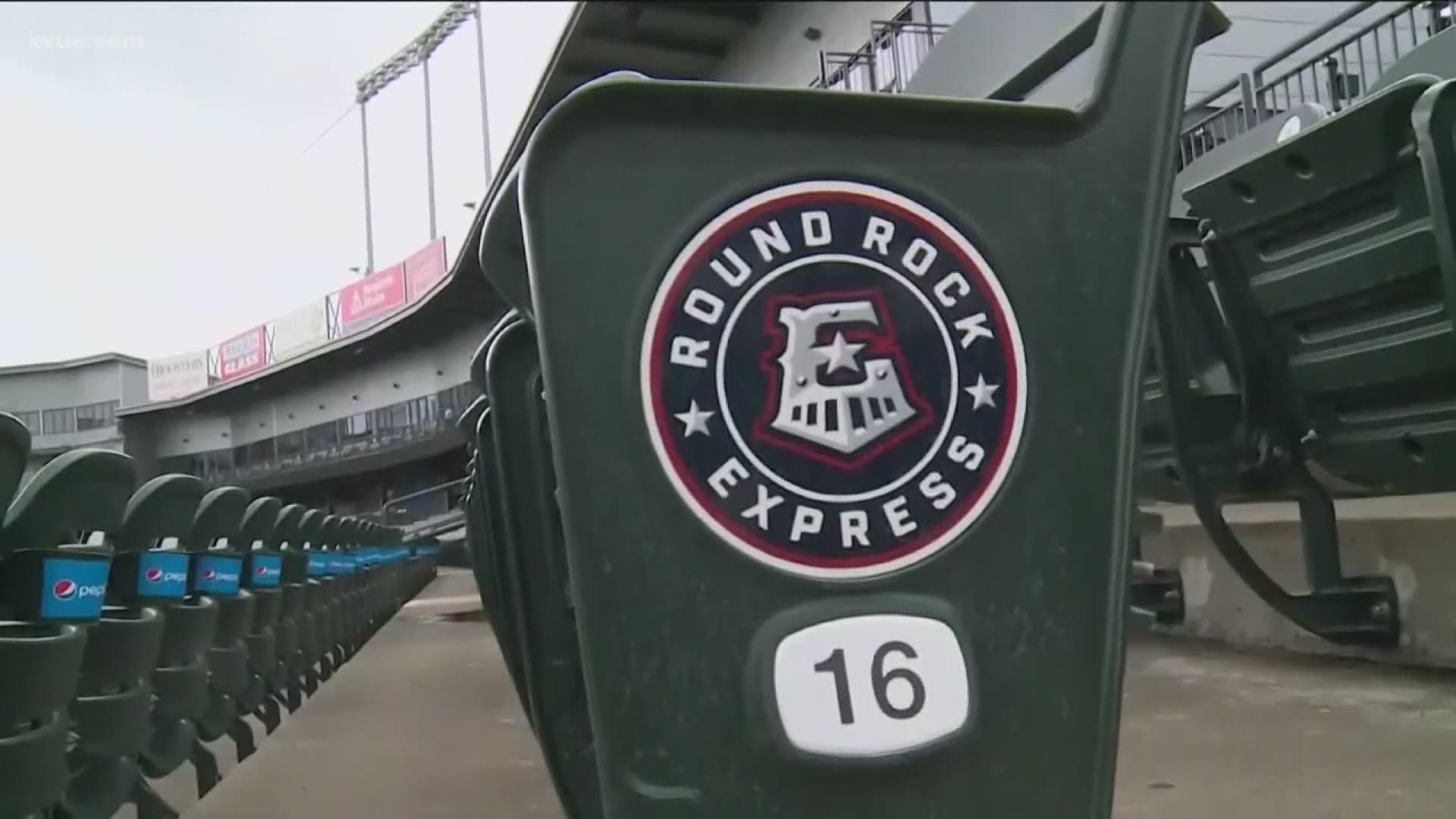 ROUND ROCK, Texas — It's official: The Texas Rangers have invited the Triple-A Round Rock Express minor league team to become its affiliate. On Feb. 9, the Express announced it had accepted the invitation to be the Rangers' Triple-A affiliate for the next 10 seasons.

“We are so excited to sign the PDL and formally accept the Texas Rangers invitation to become their new Triple-A affiliate,” Express President Chris Almendarez said. “We have an outstanding history with the Rangers organization and can’t wait to see the next wave of talent come through Round Rock.”

A 10 year agreement is in place between the Express and Rangers. Hear from the local triple-A team, tonight on @KVUE https://t.co/iXFX10jicd

It's part of Major League Baseball's new player development structure, which will be effective in the 2021 season. This comes after the Houston Astros decided to move its Triple-A franchise to Sugar Land in order to have their Triple-A players closer to home. The Astros will also acquire majority ownership of the Sugar Land Skeeters.

The Rangers have invited the Double-A Frisco RoughRiders, the High-A Hickory Crawdads and Low-A Down East Wood Ducks in the 2021 season as well.

The Rangers' Triple-A club was in Nashville the last two years while the Astros' club took over Round Rock Express.

“The Texas Rangers are thrilled to have Round Rock as our Triple-A partner going forward,” Rangers Assistant General Manager Mike Daly said. “We have a wonderful history with the Express and strong relationships with their leadership group. We are fortunate future Rangers will play in front of great fans at Dell Diamond and be part of the Central Texas community on their way to Arlington.”

Elon Musk confirms he has moved to Texas