The Bobcats are hosting the Vipers Friday at 7 p.m. 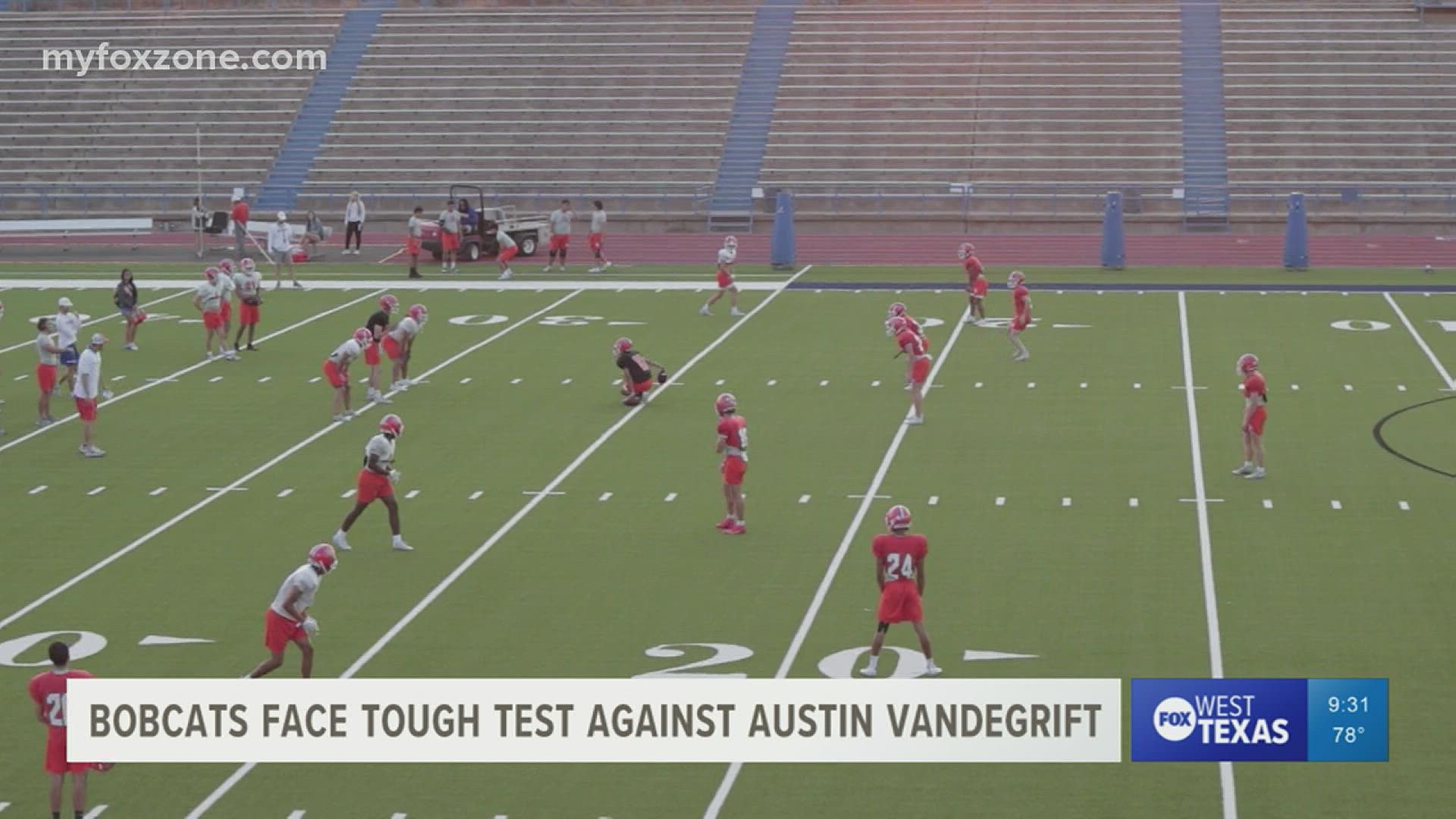 SAN ANGELO, Texas — To be a winning program, you have to do the little things you don't see, even if it's waking up before the sun rises to practice. This is why the San Angelo Central Bobcats are 2-0 in the season and head coach Kevin Crane says his team is successful because they are able to execute.

“I thought offensively we played well,” Crane said. “It all starts up front with the offensive line, and they did a great job of opening up holes. Any time you have three guys rushing for over a hundred yards, you know your offensive line played well. As for our backs, I’m super proud of them. I thought they ran the ball well, but they also blocked well, executed in pass protection and in the run game.”

When your offense is firing on all cylinders, you are going to score points and even break a record. Quarterback Tyler Hill and wide receiver Jacob English are now in Bobcat history with the longest touchdown from scrimmage with a 97-yard pass. These are the little things coach Crane is preaching to his team when they face off against state ranked Austin Vandegrift.

“We've got to really do a good job as far as limiting our penalties, limiting our turnovers and try to keep the big plays at a minimum to have a chance to play with these guys,” Crane said. “So that's what we're focused on.”

To help limit mistakes and try to make big plays for the Bobcats is wide receiver Jacob English who is having a great start to the season with seven catches, 186 yards and two touchdowns. English didn't even know he broke a Bobcat record.

“It feels amazing,” English said. “I didn't even know that there was a record for that until we got back on Monday, and they told us that means I broke it. It just felt great.”

English and his team are ready to make big plays come Friday when they kick off at San Angelo Stadium and they are going to give everything they got for Bobcat nation and try to walk away with a big time win in the state of Texas.

“We just got to go and compete with this team because they're ranked 25th in the state,” English said. “So they're going to be a difficult team, but we feel like we could pull through and beat them.”